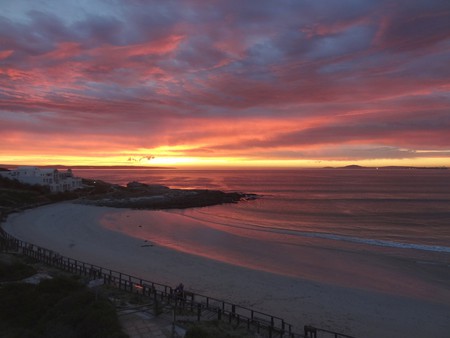 South Africa is blessed with miles and miles of scenic coastline, with parts that are completely unspoiled, and others dotted with sleepy resorts and bustling towns. Whether you prefer the vibrancy of Cape Town and Durban, or simply wish to get off the beaten track, these are a few of the best seaside towns to visit in South Africa.

Camps Bay is one of Cape Town’s most affluent neighborhoods, with a myriad beachfront restaurants and bars. Its long, white sandy beach is consistently rated as one of the best beaches in the world, and is renowned for its epic sunsets. 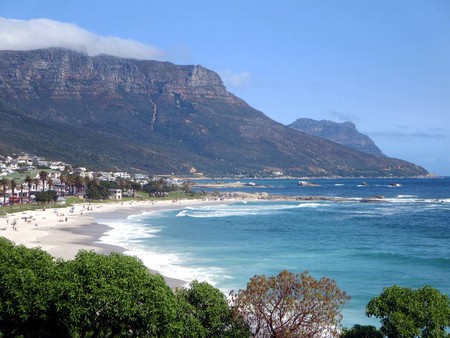 Fish Hoek boasts one of the safest and most scenic family beaches of False Bay, which is ideal for swimming, body-boarding and sailing. A winding path called Jager’s Walk runs alongside the beach towards Sunny Cove, offering visitors a chance to relax in the sun, or spot whales and dolphins in the bay. Nearby, the Elsie’s Peak hiking trail affords sensational views over False Bay. Other activities include golfing at Clovelly Country Club, and visiting the Stone Age site of Peers Cave, where the remains of ‘Fish Hoek Man’ were discovered in 1927. 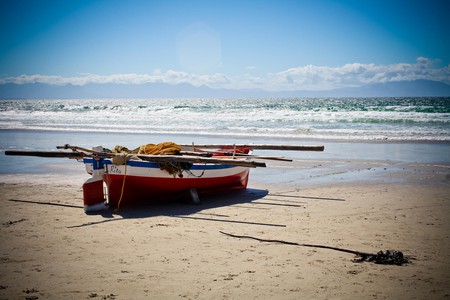 Simon’s Town is the largest base of the South African Navy. This charming town is characterized by old Victorian buildings, a small marina and several sheltered swimming beaches, such as Seaforth and Boulders, where the famous African penguin colony is found. 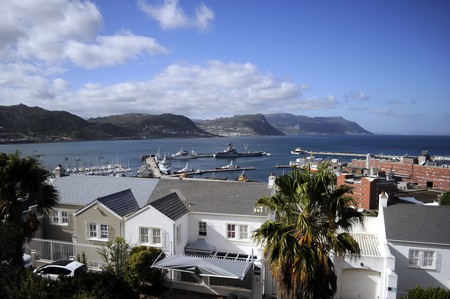 Situated along the Garden Route, Hermanus is renowned as one of the world’s best locations for land-based whale watching. Each year from June to November, hundreds of southern right whales migrate to the warm waters of South Africa to calve and mate – an event that is celebrated annually at the Hermanus Whale Festival.

Langebaan is a seaside resort town located on the West Coast, about a one-and-a-half hour drive from central Cape Town. The town is flanked by a natural saltwater lagoon, which is nourished by the ocean and is a protected marine site within the West Coast National Park. Its warm, sheltered waters and white sandy beaches make it a popular summer destination for angling, water sports and swimming.

Cape Agulhas is the geographic southernmost tip of Africa. It is located 105 miles (169 kilometers) southeast of Cape Town, and is the official dividing line between the Atlantic and Indian Ocean. Most people mistakenly believe that Cape Point (the Cape of Good Hope) is the southernmost point of Africa, but it is actually the south-westernmost point of the continent. Cape Agulhas is a popular destination for fishing, camping and whale-watching in season. 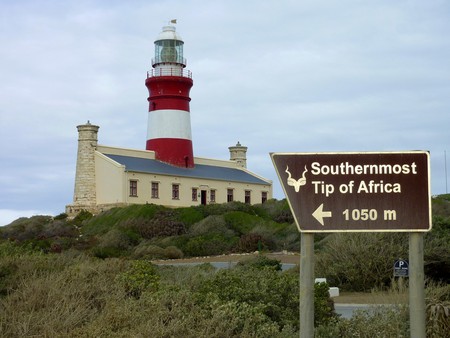 Plettenberg Bay is a popular seaside resort located along the Garden Route between Cape Town and Port Elizabeth. The town is a haven for nature lovers and outdoor enthusiasts, with plenty of activities like whale-watching, body-boarding, surfing and sunbathing along the Robberg Peninsula.

Port Elizabeth is the largest city in the Eastern Cape province, and one of the largest seaports in the country. It is known for its popular swimming beaches, historical attractions and the St George’s Park cricket ground, where many international test matches are held. The city’s coastal location in Algoa Bay along the Indian Ocean makes it a great base for water sports. 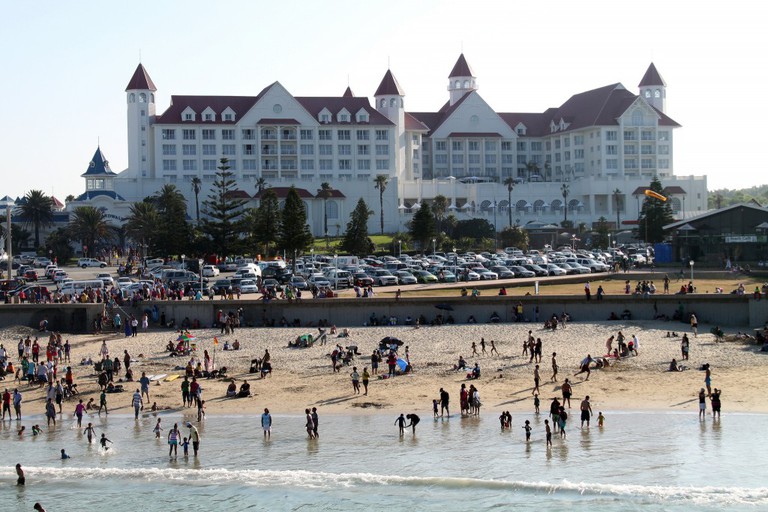 East London is South Africa’s only river port. A wide variety of sporting events are held here, and there are several holiday resorts and game reserves in the area. Cultural attractions include Nahoon Beach, Mpongo Park Game Reserve, and the East London Museum and Aquarium.

This quiet seaside village is situated near the Hole in the Wall – a geological wonder found along the Wild Coast. The magnificent rocky archway can be reached at low tide and is the source of many Xhosa legends. Coffee Bay is a largely rural region, with many estuaries, secluded beaches and rolling hills, attracting many avid hikers to the area. 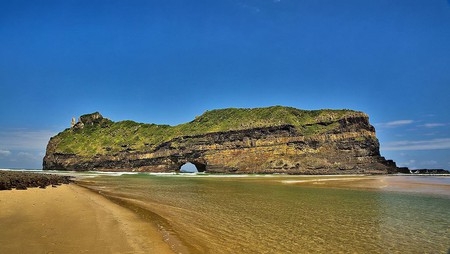 The town of Port St. Johns is situated on the Wild Coast, a 168-mile (270-kilometer) stretch of coastline, boasting some of the most beautiful scenery in South Africa. The town has three beaches and is well-known for swimming, fishing, and hiking in the surrounding tranquil forest. Nearby attractions include the Silaka Nature Reserve, and the Isinuka Mud Caves and Sulphur Pools.

Umhlanga, which means ‘place of reeds’ in Zulu, is situated on the Sugar Coast, just north of the city of Durban. The resort village of Umhlanga Rocks overlooks the warm Indian Ocean and boasts luxury hotels, holiday apartments and shopping malls. Its golden sandy beaches stretch for miles in either direction, while the undulating Valley of a Thousand Hills beckons visitors in the north.

Ballito is a seaside resort located 25 miles (40 kilometers) north of Durban on the Dolphin Coast. The town is known for its swimming and surfing beaches, and there is a 2.5-mile (4-kilometer) beachfront promenade, which is perfect for early morning and evening runs. Ballito Beach plays host to the international Ballito Pro surfing contest, held annually in July.