South African Snacks You Have To Try 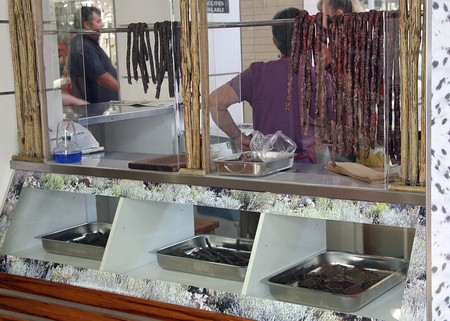 South Africa has a number of weird and wonderful snacks derived from its eclectic mix of cultures and traditions. Here we round up the most loved snacks and treats that are an absolute must-try while in sunny SA.

Ouma Rusks have been a South African favorite for generations. They are rectangular shaped biscuits (similar to biscotti) made from a buttermilk recipe, and are dipped in tea or coffee before eating. The story of Ouma Rusks dates back to 1939 when a group of women in Molteno, Eastern Cape were encouraged to start their own businesses to reduce the negative impact of the Great Depression. One particular woman by the name of Elizabeth Ann Greyvensteyn, made a batch of rusks from a family recipe and sold them to farming families in the community. Soon orders started pouring in and a South African brand was born. Today, Ouma Rusks are still produced in the town of Molteno and are exported all over the world. 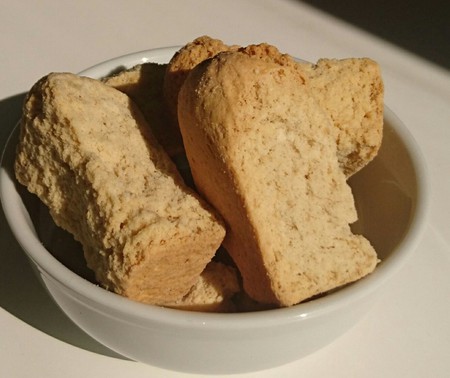 Biltong is South Africa’s national snack made from dried, cured meat flavored with spices and cut into strips. It is known for its chewy, gamey texture and piquant flavor. Biltong is usually made from beef and game, including ostrich and kudu, and can be eaten as is or added to practically any dish as an alternative to ham. 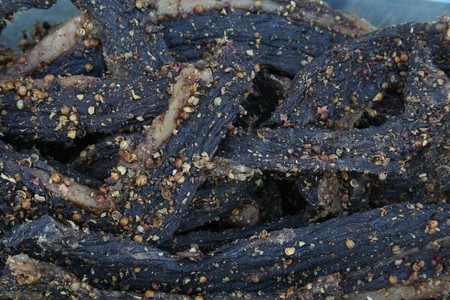 Droëwors (pronounced drew-a-vors) is an addictive snack made from dried beef sausage. It is similar to beef jerky in that they are both spiced, dried meats, however the typical ingredients, taste and production processes differ. 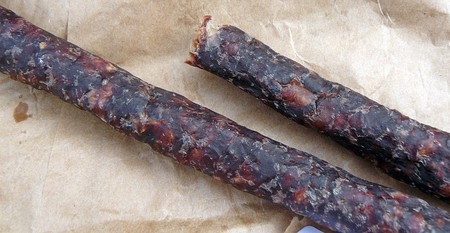 Koeksisters are traditional syrup-infused doughnuts that are prepared by frying plaited dough rolls in oil, then submersing them in ice cold sugar syrup. The result is a sticky, sweet pastry that makes a delicious tea-time treat. The origin of koeksisters is, however, unclear. Some sources claim that they evolved from traditional Dutch doughnuts, while others claim they were brought to South Africa by slaves from East Asia. What is clear is that somewhere along the line, the original recipe evolved into two distinctly different treats, the second being the Cape Malay koesister.

The Cape Malay koesister (the ‘k’ is dropped), is a delicious, round-shaped spicy doughnut that is best enjoyed freshly-made when it is still warm. Like their Afrikaner counterparts, koesisters are also deep fried but instead of being dunked in cold syrup afterwards, they are cooked in hot syrup and sprinkled with desiccated coconut.

Vetkoek (pronounced fet-cook) is a traditional fried dough bread that originated from Dutch cookery. It is typically served with a filling of minced beef or jam, but can also be filled with anything you like.

Mebos is a popular South African preserve made from dried apricots. It is traditionally prepared by brining ripe apricots, shaping them into flat rounds, and leaving them out in the sun to dry for a few days. After they’ve dried out they are either coated in sugar or eaten as is, and make a delicious sweet-and-sour snack between meals.