South African designers have a unique challenge in creating something that is locally relevant and socially conscious, while competing on a global stage. These 8 young product designers show us that being a good designer is more than simply making beautiful objects, it is creating designs that take inspiration from their context and strive to improve their environment. Here are the top ten young designers to keep an eye on. 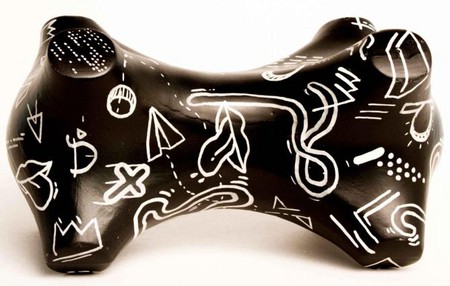 Atang Tshikare cannot be classified by a single genre or medium. An artist, designer and founder of Zabalazaa, he is equally at home spray-painting a mural in the street as he his customising bespoke furniture. Specialising in surface design and illustration, Zabalazaa not only has its own range of products, but also features co-creators who lend their innovative skills to a variety of products. Tshikare’s collaborations include work with Adidas, Puma, L’Oreal and Plascon, among others. He has also exhibited work internationally at Design Days Dubai, and is a featured artist at WorldArt Gallery in Cape Town. Tshikare works seamlessly across commercial and artistic spheres, developing a signature style that reflects contemporary South Africa. Featured in Design Indaba’s Emerging Creatives 2012 and winner of Southern Guild’s Future Found Award for 2014, Tshikare is not going unnoticed by the top South African design institutions; it’s only a matter of time before his designs become recognisable around the world.

Adriaan Hugo and Katy Taplin are the duo behind South Africa’s highly acclaimed Dokter & Misses. Their style is both unique and instantly recognizable, with its bold colors, modernist aesthetic and humorous undertones. Their success comes from their clever juxtapositions. In the Kassena series for example, double-sided units are made from Beachwood and covered in a graphic hand-painted patterns. The Kassena buildings of Ghana and Bhurkina Faso, which are traditionally constructed by men and decorated by women, inspire the design. Here they have taken inspiration from Africa, creating pieces that embrace their African context while remaining distinctly Dokter & Misses. 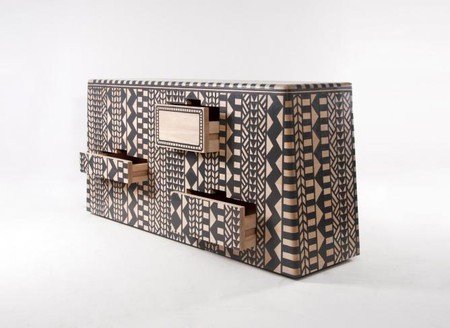 Heath Nash designs are created from ‘other people’s trash’, creating designer objects from milk bottles, bottle caps, wire and the like. After his designs were criticized for not being ‘South African enough’ Nash began to explore the definition of South African products. After meeting wire artist Richard Mandongwe, who made flower sculptures from wire and bottle caps, Heath realized that it was resourcefulness that distinguished South Africans; and that the economic limitation placed on many South Africans resulted creative solutions. Through his art, Heath highlights the issues of recycling and environmentalism. While tackling these increasingly relevant issues, Heath created the aesthetically striking lights that have become his trademark— and proved that social awareness and beauty are not mutually exclusive.

From his studio in Cape Town, James Mudge creates furniture and products ranging from small stools and wooden objects to large commissions, including a bespoke wine bar and outdoor tables for the La Motte Wine Estate. Craftsmanship is integral to Mudge, who produces furniture using traditional methods that focus on clean lines and meticulous finishes. Mudge has an in-depth knowledge of the materials he uses, ensuring that the finished product is uniquely suited to its environment. This can be seen in his outdoor tables, which are made from a wood called Keuring and he describes as ‘monuments to trees’. Though his objects may seem effortless in their simplicity, in reality every part of them is carefully considered. 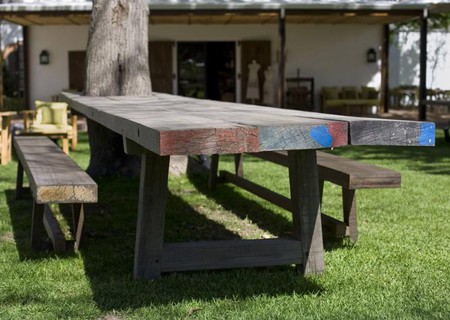 In today’s environmentally conscious world, more and more designers are aware of the ecological implications of their products. David Krynauw not only creates beautifully crafted furniture and objects, but has a clear understanding of the impact of his designs on the environment. Krynauw sustainably grows trees on his farm, with the long-term goal of creating objects exclusively from personally grown trees or salvageable recycled timber. He also prefers to create one-off or limited edition works, conscious of the problems associated with mass production. Each piece is individually designed for a client’s specific needs. Krynauws respect for wood is evident in his clean, modern aesthetic. His designs have graced the cover of Wallpaper and have been featured at Art Basel and Design Days Dubai. 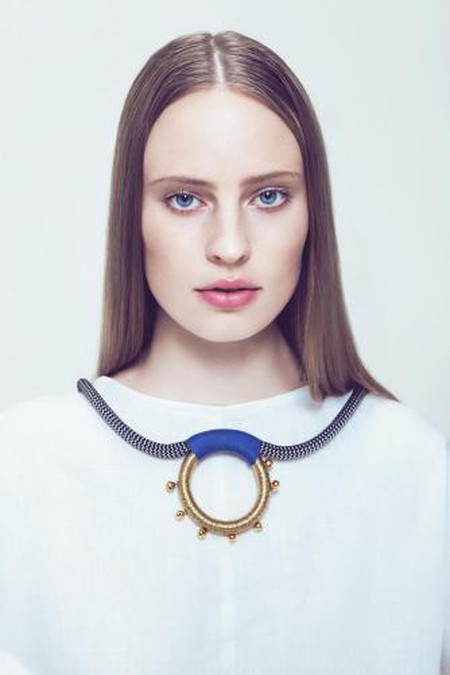 It’s hard to believe that Katherine-Mary Pichulik started her jewellery design company only two years ago. Her designs have appeared in several publications, and she has collaborated with several important entities, including MAC and South African celebrities. Her travels and women in her life inspire her bold jewelery, with each piece made by hand by Pichulik and her small team of female employees. Trained as an artist, Pichulik is not bound by traditional jewelery design, and often uses found objects to create one-of-a-kind pieces. Each collection she designs has a strong conceptual behind it, whether it’s the aesthetics of the Ndele patterns representing the powerful women behind the artistic tradition, or a combination of blue shades and shell fragments that echo surf culture.

The founder of Ethno design furniture, Sibusiso Mthembu is a rising star in South African design. Unafraid of experimentation, Mthembu is constantly exploring new materials and techniques, and his limited edition pieces are highly regarded. Mthembu’s passion for inventiveness is not limited to design however. He created ‘Pen of Knowledge’, a public sculpture in Johannesburg, in partnership with his brother, Sabelo Mthembu. The giant pen-like structure of concrete, steel and teak represents the power of knowledge and the journeys people take in search of it. The angled concrete structure was carefully engineered, and a thin steel framework reinforces the teak wood used as the nib of the pen. This strange relationship between materials is typical of Mthembu’s work, and symbolizes the designer’s own constant pursuit of knowledge. 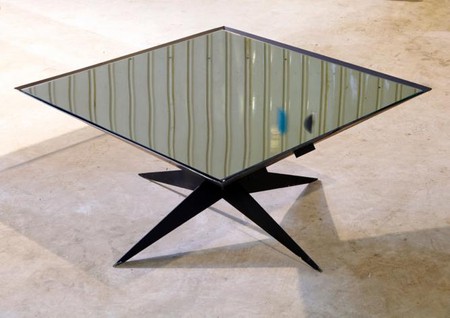 Lyall Sprong and Marc Nicolson, collectively known as Thingking, are not your average industrial designers. Calling themselves a ‘designer-maker’ consultancy, the pair believes that experimentation is the best form of problem solving. Thingking pushes the boundaries of design and technology, with one aim in mind: designing experiences. Their innovative approach to design solutions has resulted in commissions for several compelling projects. Their Twitter-activated vending machines for example, combine technology, advertisement and consumer experience. Then there’s the seemingly simple but ingenious ‘Bucket that is a seat’, which is as simple as it sounds. But Sprong and Nicolson are also aware of their South African context and their responsibility as designers. As part of their ‘Fixperts’ project, they collaborated with neighbors in the increasingly trendy Woodstock area of Cape Town to fix up the neighborhood. 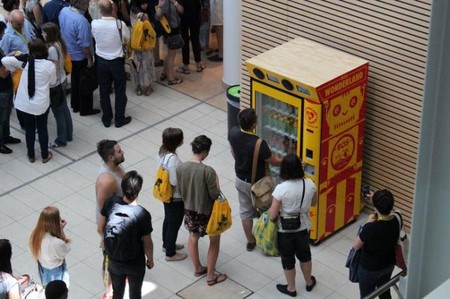