The South African National Gallery | © David Stanley/Flickr
South Africa has long had a flourishing contemporary art scene. Beginning in the Apartheid era, with creative artists declaring opposition to Government policy, the newer generation of artists often share the social concerns of their forerunners, whilst others pursue a more experimental approach. We discover ten of the best places to find contemporary art in South Africa.

blank projects in Cape Town began as an artist-run exhibition space back in 2005, before moving to a larger premises in 2009 and becoming part of the Contemporary Arts Development Trust. The art on show falls under the more progressive and experimental category and aims to promote new ideas regarding aesthetics. blank projects runs several schemes to engage new participants in the artistic process – there are internship and residency schemes and corporate backing for the gallery from Pro Helvetia and the Goethe-Institut Südafrika, with exhibitions being held in various media including photography, paint and installation work. Amongst the artists on show include Misheck Masamvu, Igshaan Adams, Jared Ginsburg, and James Webb.

Gallery MOMO was set up in Johannesburg in 2003 by Monna Mokoena, showcasing young, up-and-coming South African artists interested in pursuing art for its own sake rather than its social context. The gallery is based in a beautiful colonial-era house that dates back to 1912. The work on display at Gallery MOMO includes pieces across all forms of media, from drawing, paint and video installations to photography. The artists represented by the gallery have achieved success across the world – the photography of Ayana V.Jackson has been exhibited in San Francisco, Tokyo, New York and Paris, and the digital prints of Mary Sibande have been showcased in Paris, Basel, Rio de Janeiro, and in Finland. 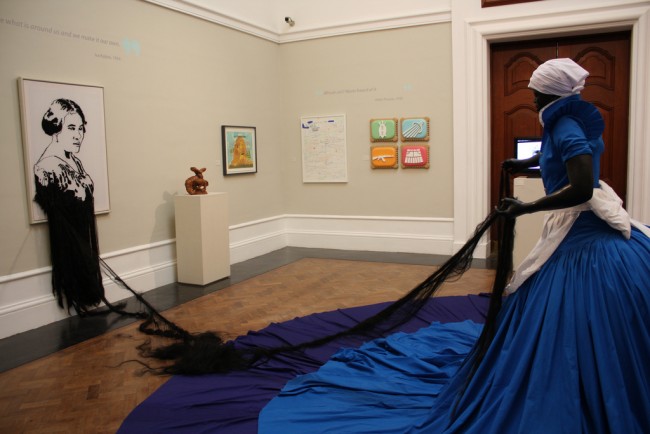 “Conversation with Madam CJ Walker” by Mary Sibande, Who is Represented by MOMO | © Kim Nowacki/Flickr

Art Gallery, Building
Circa is Based in Johannesburg | © South African Tourism/Flickr
The Circa on Jellicoe Gallery lies in close proximity to Everard Read in Johannesburg in a landmark building on Jellicoe Avenue, purposely designed for the showcasing of contemporary art from South African artists. The Circa Gallery exhibits art installations, new technology demonstrations, lectures on artworks and music events. Recent exhibitions held at Circa on Jellicoe have featured the works of Lyndi Sales, the photography of Hentie van der Merwe, the Alice in Wonderland-inspired sculptures of Wilma Cruise and the prints of Deborah Bell, one of the pioneering figures of resistance art during the Apartheid era and a key figure in modern art in South Africa.
More Info
Open In Google Maps
6 Jellicoe Avenue, Rosebank Johannesburg, Gauteng, 2196, South Africa
+27117884805
Visit website

Art Gallery
Work by Jacob Hendrik Pierneef | © Nagarjun Kandukuru/Flickr
Everard Read in Johannesburg is perhaps the premier art venue in South Africa for contemporary work. The gallery was founded in 1913, when Johannesburg was still a small mining town, making Everard Read the oldest commercial gallery in South Africa. Today, the gallery showcases the work of leading South African artists working across various media, including sculpture and paint. The building that houses the gallery is a brilliant piece of post-modern design executed at the end of the 1970s. Everard Read represents around 80 artists, including the brilliant work of Lionel Smit who has exhibited in Germany, Holland, London and Hong Kong and lesser-known South African talents such as Keith Joubert, Hanneke Benade, Henk Serfontein, and Anton Brink.
More Info
Open In Google Maps
6 Jellicoe Avenue, Rosebank Johannesburg, Gauteng, 2196, South Africa
+27117884805
Visit website

The Goodman Gallery has long been one of the key centers for contemporary art in South Africa. There is a strong focus on the social and economic context of art and its role in wider debates on African society and politics as well as the Global South connection between southern Africa and the Latin American countries. The gallery was established in 1966 by Linda Goodman and now runs exhibition spaces in Cape Town and Johannesburg, representing 40 artists from across the continent of Africa. The Goodman Gallery has long had a presence at major international art events such as Art Basel and Art Basel Miami Beach. Amongst the artists represented are the African-American, Hank Willis Davis, Egyptian Ghada Amer, and the Moroccan Mounir Fatmi, whose work tackles issues such as post-colonial politics and society. 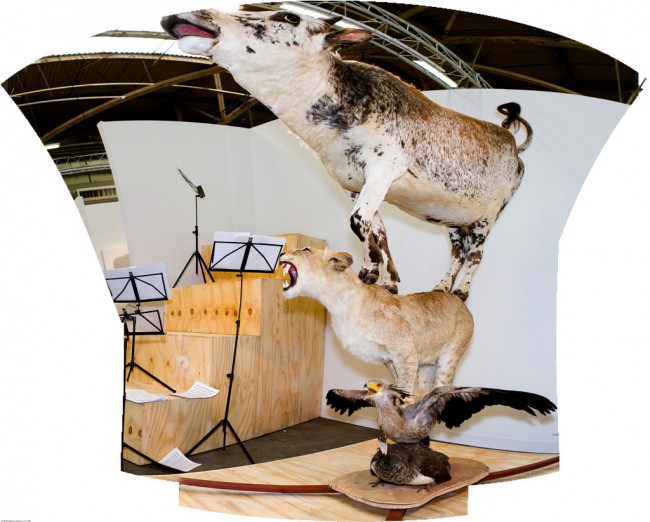 Art Gallery
Uwe Wittwer at SMAC Gallery Cape Town | © Kevin/Flickr
The Stellenbosch Modern and Contemporary Gallery was established in the De Wet building in Stellenbosch in 2006 and has, since 2011, been an important exhibition space in Cape Town. The SMAC Gallery promotes South African and international contemporary artists and has hosted retrospective exhibitions, new works and review shows. The SMAC also publishes regular monographs on the works of the artists they represent, and they exhibit internationally at Milan and Torino, Basel, Madrid, and at 1:54 Contemporary African Art Fair in London. Amongst the artists the SMAC Gallery represents are Johann Louw, one of the most well-known painters in South Africa, the London-based Helen Pritchard, and the abstract painter Sandile Zulu.
More Info
Open In Google Maps
Stellenbosch Central Stellenbosch, Western Cape, 7600, South Africa
+27218873607
Visit website

Building, Art Gallery
Stevenson Johannesburg | Courtesy of Stevenson Gallery
The Stevenson Gallery runs exhibition spaces in Cape Town and Johannesburg and began with a single space in Cape Town in 2003 under the name of Michael Stevenson. In 2008, the Johannesburg space was opened and the Cape Town gallery moved to a new building in the Woodstock area of the city. The gallery showcases both South African and international contemporary artists, aiming to introduce artists whose work is previously unknown in South Africa. The Stevenson Gallery exhibits internationally at major events including Frieze London and New York, Art Basel Miami Beach, and Paris Photo. Amongst the international artists gathered by the gallery have been the American conceptualist Glenn Ligon, the Lebanese Walid Raal, the Swiss Thomas Hirschhorn, and the Belgian Francis Alys.
More Info
Open In Google Maps
Woodstock Cape Town, Western Cape, 7925, South Africa
+27214621500
Visit website

Art Gallery
Whatiftheworld is located in Cape Town | © sharonang/Pixabay
The Whatiftheworld Gallery was established in the Woodstock area of Cape Town in what was once a neighbourhood dominated by industry in the early 20th century. The gallery began with a small group of South African contemporary artists who wished to promote a new vision, differing from the protest conceptualism of their forebears within the art scene. Whatiftheworld is now providing a platform to a set of artists beyond their original stable and is also a publisher of monographs and catalogues detailing the works of their artists. As well as holding solo and group exhibitions, the Whatiftheworld Gallery has links with international shows in New York and Switzerland and has provided work to be exhibited at the Venice Biennial, the Dakar Biennial, the Pompidou Center in Paris, the Museum of Modern Art in New York and the Smithsonian in Washington DC.
More Info
Open In Google Maps
First Floor, 16 Buiten Street, Cape Town City Centre Cape Town, Western Cape, 8000, South Africa
+27215690680
Visit website

Art Gallery, Museum, University
© Hemis / Alamy Stock Photo
Wits Art Museum is part of the University of the Witwatersrand and holds a celebrated collection of contemporary works by artists from South, Central and West Africa. The gallery began as a small collection in the 1950s and was developed by Professors Heather Martienssen and John Fassler from the Architecture Department of the university. With the provision of funds in the 1960s and a partnership with Standard Chartered Bank, the museum was able to build a larger collection including major archives of works by Gerard Sekoto, a leading figure in the emergence of modern art in South Africa, and Robert Hodgins. The building that houses the Wits Art Museum won international praise upon its opening, including the 2012 Visi Magazine Architecture Award.
More Info
Open In Google Maps
Bertha Street, Johannesburg Johannesburg, Gauteng, 2001, South Africa
+27117171365
Visit website
Visit Facebook page