Lauren Beukes is an award-winning writer from South Africa. Famous for her bestsellers Moxyland, Zoo City, The Shining Girls and more recently Broken Monsters, Beukes is a writer with many facets. Her novels have achieved huge success in many countries including South Africa, the UK and the USA. Dynamic, determined and passionate, Lauren Beukes is renowned for more reasons than one. Here are five things that you should know about her.

The South African author, inspired by her society, uses storytelling in all its forms to depict the world the way she sees it. What makes her unique are the numerous styles that she uses. From comics to documentaries, the writer expresses her vision of the world in a variety of ways. Although she is famous for her fantasy and horror novels, the artist also has a large portfolio of comics, TV shows and screenplays.

Lauren Beukes is brilliant at using fantasy to describe society, pointing out the defects and threats that she sees in it. Fantasy helps people escape from societal problems, and it is the main theme of her books. Within the fantasy genre, the author focuses on the evolution of civilization, as well as how past and new technologies have changed our society. Beukes’ books focus on different societal themes: her first two novels take place in South Africa and account for the influence of apartheid and new technologies. The Shining Girls, taking place in Chicago, focuses more on women’s rights in society. Broken Monsters, her latest novel, is about the birth and death of the American dream and exposes the dark side inherent in everyone. 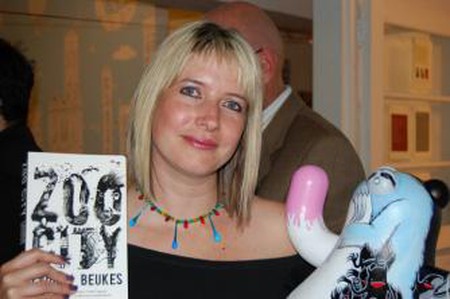 Meticulous and passionate, Lauren Beukes takes time to write her books and makes sure that her plots are perfect. In addition to her great style, her stories are complex and intense in their use of fantasy. The best example is The Shining Girls, in which the main character is a time-travelling serial killer. The entire book renders readers spellbound until the very end; despite the various complex instances of time travel, it all connects perfectly. To write this book she moved to Chicago for a year to carry out research, and did the same for Broken Monsters in Detroit.

Women’s Rights in Her Novels

In several of Beukes’ books the theme of women’s rights is highlighted. Her non-fiction book, Maverick – Extraordinary Women From South Africa’s Past is a tribute to the women who fought and changed the outlook on Women’s Rights in South Africa. She highlights in her blog the infuriating lack of justice for women, and writing is a way for her to release her anger and help her female readers to realise their strengths and their rights. 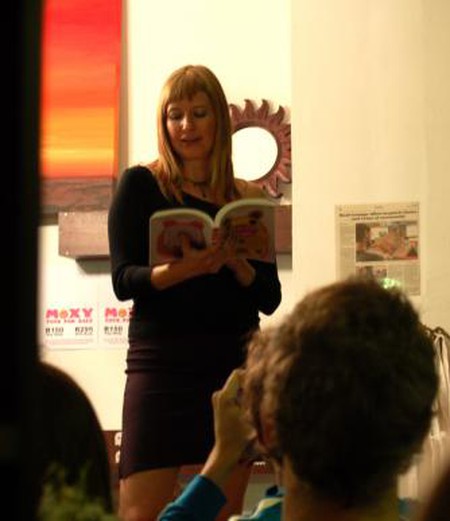 Published in South Africa, the USA, the UK and France, Lauren Beukes’ bestsellers re-ceived plaudits in each country. Zoo City won the Arthur C. Clarke award in 2011 and The Shining Girls won the Strand Magazine’s Critics’ Award. The Shining Girls is about to be adapted for television; the rights were optioned by MRC and Leonardo DiCaprio’s Appian. Broken Monsters will be adapted for television too, by Endemol’s Additional Dia-logue. With a wide range of projects, Lauren Beukes maintains her passion for story-telling. She recently worked with the artist Mike Maihack to create a new comic. Her next novel titled Wonder Woman in Soweto, inspired by her mother and her six-year-old daughter’s heroes, will be available in hard copy in April 2015, for the enjoyment of young and old alike.