Africa has long been infatuated with guns, their lethal power and ubiquitous presence. Film director Ralph Ziman wanted to create an ‘aesthetic, anti-lethal cultural response’ to gun culture in Africa, a project that led him and a group of Zimbabwean craftsmen to create numerous replica guns from wire and beads. We bring you an exclusive take on the stunning project by the Guardian Africa Network. 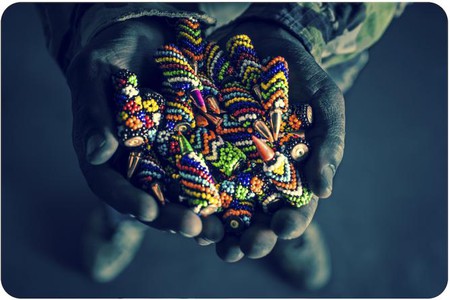 For South African film director Ralph Ziman, growing up in Johannesburg meant guns were a fact of everyday life. ‘I remember going to parties as a teenager,’ he said. ‘If you looked at someone the wrong way, they would pull out a gun. That was just the way it was.’ 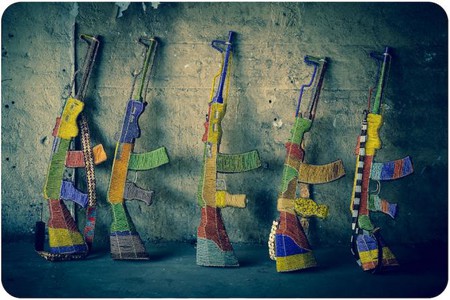 Some might say little has changed. Weeks of testimony at the Pretoria trial of Oscar Pistorius have – among many things – shone a spotlight on gun culture in South Africa. Witnesses spoke of incidents in which the Olympic athlete thought little of drawing a gun in public and firing – once at a restaurant, once through the sunroof of a car. 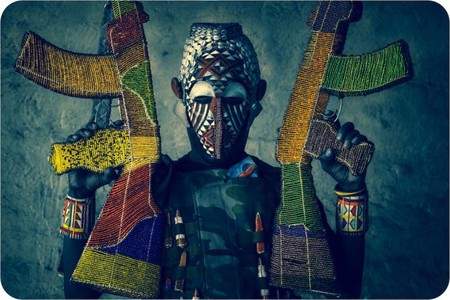 Ziman says it is ‘South Africa’s continued obsession with guns’ that inspired him to create Ghosts, a project documented in a new exhibition of striking photographs, which where on show in Cape Town. 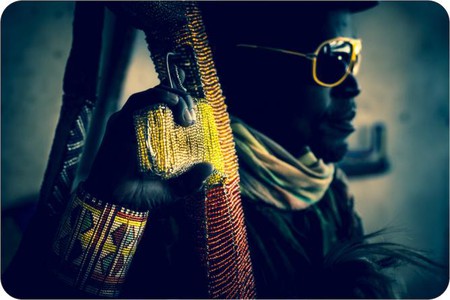 ‘The whole country is so saturated with guns,’ he said in a phone interview with The Guardian this week, having just arrived back in Cape Town from Los Angeles, where he now lives with his family. ‘The AK-47 especially has this almost mythical status, perhaps due to its role in the liberation struggle. We are fascinated with them, and I wanted to provoke a conversation, a debate, about that.’ 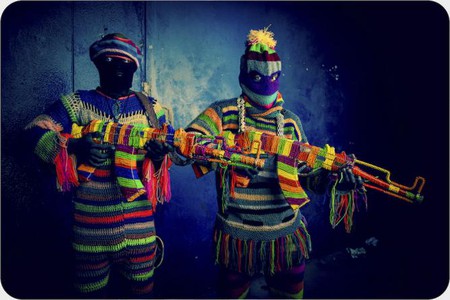 The reverence of guns is not limited to South Africa. Ziman says the AK-47 is ‘loved, revered, and fetishised’ across Africa, despite being at the heart of bloody conflicts. The title of his exhibition, Ghosts, refers to those killed by the weapons, as well as those who traffic them. 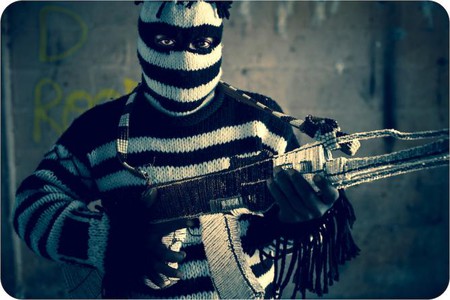 Ziman says he had always loved the brightly coloured beaded tourist trinkets made by men at the side of the road in Johannesburg. Last year, driven by the idea for Ghosts, he stopped his car one day and approached some of the craftsmen, asking them to make him a replica of a Kalashnikov. ‘They thought I was crazy,’ he said. ‘They laughed at me a lot, but they made it, and eventually they were making 10 or 12 a week for six months.’ 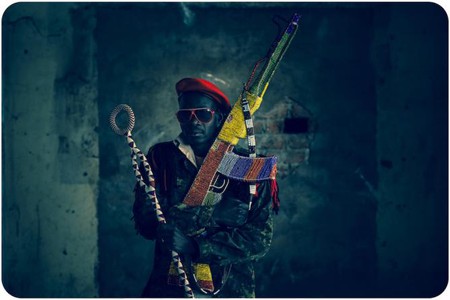 Ziman says they began making more life-like replica weapons, before turning to brighter colours: ‘The bright colours almost looked more dangerous, like the way they are used by poisonous animals in nature. They are ‘don’t mess with me’ colours.’ 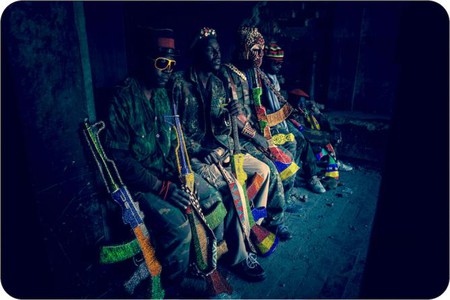 Ziman shipped the replicas, plus around 1,000 hand-crafted rounds of fake ammunition, to Los Angeles, where they were auctioned to raise money for Human Rights Watch and Control Arms. ‘I like to see it as a sort of reversal of the arms trade,’ he says.

Back in South Africa, the pictures that appear in the Ghosts exhibition feature the craftsmen with their fake weapons, posing in downtown Johannesburg. The men – Boas Manzvenga, Panganai Phiri, Lenon Tinarwo, Telmore Masangudza and Kennedy Mwashusha – are originally from Zimbabwe and will fly to Cape Town to attend the opening on Thursday (‘their first time to Cape Town, and their first time in a plane,’ says Ziman).

Most of the reaction to the pictures has been positive, but isn’t Ziman worried he is only reinforcing the ‘fetishisation’ of guns with these images? ‘These weapons are not realistic,’ he said. ‘I didn’t do this to glamorise guns, but I did want it to be provocative. Dangerous yet beautiful. I wanted to start a conversation.”

With the verdict in the Pistorius trial expected before summer, Ziman acknowledges the exhibition comes at a sensitive time. ‘Oscar Pistorius is now a poster boy for South Africa’s gun culture,’ he said. ‘We’ve got to look inward a lot.’