World-renowned South African photographer Pieter Hugo began his career as a photojournalist, soon realising that the fly-on-the-wall approach wasn’t for him. He wanted to be more involved and engaged, to actively interrogate the voyeuristic gaze inherent in photography rather than ignore it. This led to what has now become Hugo’s signature style: bold portraits that directly confront the viewer. We take a look at extraordinary man and his considerable impact on photography. 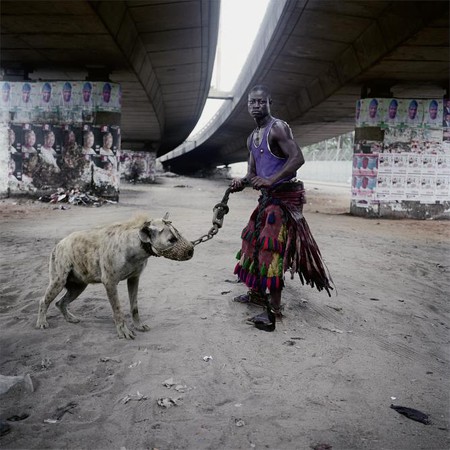 Hugo’s controversial work has inspired varying reactions, but through it all he has maintained his commitment to an honest and direct approach. Hugo’s camera is not an invisible tool used for documentation, but one that consciously inflicts its harsh gaze on the subject. Hugo has worked in many countries across Africa, capturing the lives of the people through his portraits. He is conscious of the power of photography, creating confrontational images that leave the viewer with nowhere to hide. This direct gaze is often discomforting, directly exposing the relationship between the photographer, the subject and the viewer. Hugo is acutely aware of the politics of photography, and rather than trying to subvert or ignore them, he boldly exposes them. 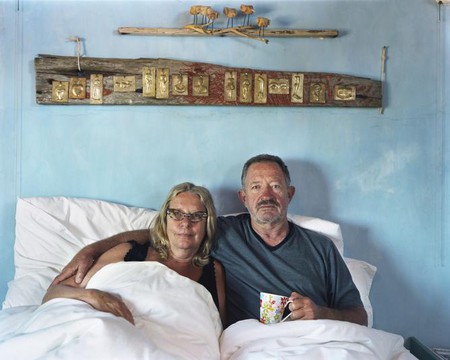 As a white South African photographing subjects of all races, the issues of racism and colonialism inevitably arise in Hugo’s career. True to form, he doesn’t shy away from these issues. Interested in power relationships and marginalisation, he is aware of his presence as a white male. To Hugo, his whiteness is both a reference to Africa’s colonial legacy and yet marks him as an outsider. He comments on this feeling of being displaced, a feeling of being on the margins of society. This is echoed in his interest in photographing people from sub-cultures and marginalised identities. Often accused of the exoticisation of his subjects, Hugo makes no claim to be an independent observer. He doesn’t attempt to bypass the traditional critiques of documentary photography, but instead honestly portrays all of its facets.

In an interview with Vogue, Hugo addresses his critics by arguing that what the viewer brings to the work is their own; while he might have his own agenda and viewpoint, it is ultimately the viewer’s own preconceptions that determine how they see the work. Hugo’s work often makes people uncomfortable not because he is exoticising ‘the other’, but because he forces people to look at their own implicit part in the exoticising of that which they know little about. His subjects are not passive recipients of the viewer’s gaze, but challenge the viewer with their agency.

One of his most widely known photographic series, The Hyena Men, consists of portraits of men in Nigeria who keep tamed hyenas and baboons. These images are bold and unsettling, whilst also managing to be very personal and intimate. True to Hugo’s style, the subjects are brazenly looking out at the viewer, their strength almost tangible. The tamed hyena’s are both powerful and submissive, huge, frightening beasts that are restrained and muzzled by their ‘owners’. The relationship between the human and animal subjects is complex, just like the relationship between the photographer and his subject. Hugo purposefully travelled to Nigeria to photograph these men after seeing a photograph of them on a blog which described them as “Nigerian debt collectors.” As is the case with most of Hugo’s work, his choice of who to photograph comes down to a seemingly insignificant image or news story that intrigues him. 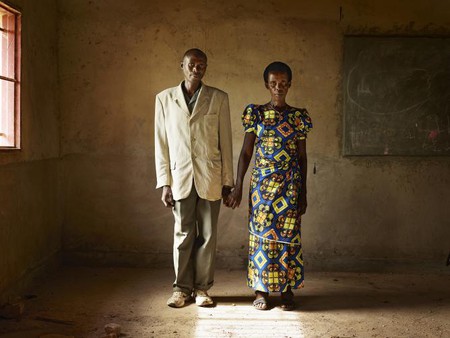 Pieter Hugo’s Portraits of Reconciliation series is particularly powerful. Discouraged by the lack of homage to the horrors of the Rwandan genocide 20 years on – which was in stark contrast to the large amount of media attention given to South Africa’s 20 years of democracy – he traveled to Rwanda and shot a series of images of genocide perpetrators standing alongside their victims. Each portrait had a unique story of the hardships endured by the victims, with one thing in common: they had all forgiven their perpetrators and agreed to be photographed together. Hugo’s brave series showed the almost inconceivable grace of people able to forgive such atrocities, and the ability of Rwandan citizens to repair their country. The photographs have his distinct economy of composition, focusing on the subjects and their relationship. Portraits of Reconciliation again brought the world’s attention to Rwanda, but this time showcasing the resilience and positivity of its people. 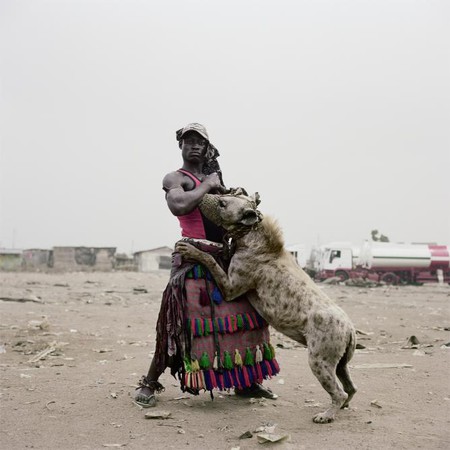 In his series Kin, Hugo turns to more personal subject matter, photographing himself, his family and his home country. In Kin, Hugo looks at issues of colonialism and apartheid and his attempt to place himself in a country violently scarred by its history. A series of landscapes and portraits, it continues Hugo’s exploration of the marginal. He shows the intimate interiors of people’s homes next to expansive landscapes and strong portraits. He shoots people from all walks of life, ranging from homeless men asleep in the park to his pregnant wife. He doesn’t give the audience one clear message or direction, instead giving us a glimpse into his South Africa; a personal exploration into the artist’s life and complex relationship with the country he calls home. Like all of Hugo’s work, it has a searing honesty that confronts the viewer, forcing you to look even as it makes you feel a sense of unease and discomfort. 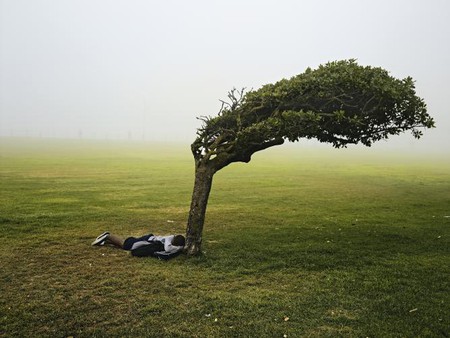 Pieter Hugo’s work is both revered and criticised around the world. His direct and honest approach results in images that are stark and confrontational. He doesn’t claim any sense of authority, instead documenting people and cultures that he is drawn to. Aware of his race, class and positioning, Hugo bravely interrogates these issues head-on, creating works that force the viewer to do the same. His subjects boldly face the voyeuristic gaze of his camera, claiming their agency. Both the artist and his work are unapologetic and remain innovative because of this.