Pata Pata: The Sound and Legacy of Miriam Makeba 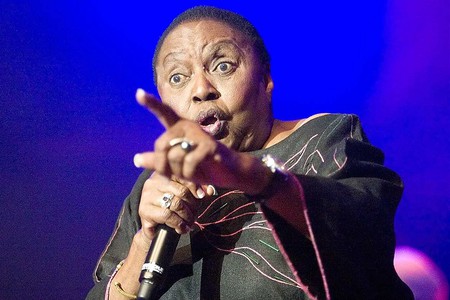 South African singer Miriam Makeba was one of the country’s most influential musicians. She released a slew of number one hits during the apartheid era, but it was her lighthearted track ‘Pata Pata’ that offered the most fascinating insight into her varied and complex life.

Sung almost entirely in the South African language isiXhosa, and set to pared-down piano and lighthearted percussion, ‘Pata Pata’ is instantly infectious. It also transports listeners into the setting of the country’s famous township shebeens, hotbeds for creativity and resistance at the height of apartheid.

The direct English translation of Pata Pata is ‘touch touch’, and it started out as a style of dance that was particularly popular in Johannesburg townships in the mid-1950s. The dance was considered sexually suggestive, especially for the time, with pairs of dancers patting down each others’ bodies to the rhythm of the music.

In many ways, the dance, and Johannesburg’s shebeens, offered participants an opportunity to release the pressure that was imposed on black South Africans by the apartheid government at the time, and the song and the associated dance are somehow both sad and therapeutic. 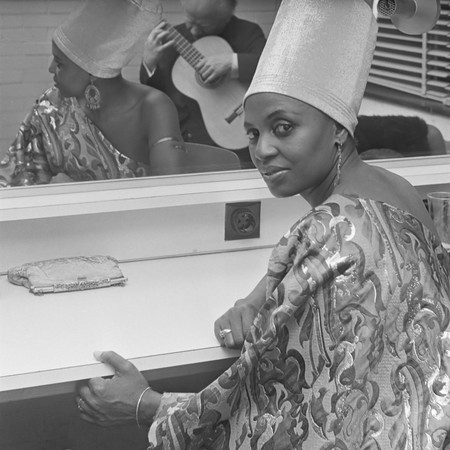 Although Makeba’s ‘Pata Pata‘ was so deeply rooted in South African culture at the time, it has still retained near-universal popularity and relevance, more than 50 years after its first recording. It has been covered by other musicians more than two dozen times, including young South African musicians, and much like Makeba’s other big hit ‘Qongqothwane‘, or ‘The Click Song‘, it has continued to receive extensive radio play even after the singer’s death in 2008.

But in spite of the jovial tone of many of her tracks, as with many young black women who grew up under apartheid, Makeba led a difficult life. Her mother was imprisoned for illegally brewing beer when Makeba was 18 days old, and when her father died, she was sent to live with her grandmother.

Although as a young girl she loved to sing, particularly in church, her early working life began as a cleaner. But living in Sophiatown, a vibrant suburb and one of the few places where people of various races could mix, had a profound impact on her. She began singing for her cousin’s band, the Cuban Brothers, and later the Manhattan Brothers, which helped her gain prominence across Africa.

Apartheid government caught up with her fame

Makeba’s early fame, which manifested in her starring in several films and the South African musical King Kong, was to catch up with her as the apartheid government resented the negative publicity she was giving to the political system. As a result, the South African government revoked her passport. She fled to London, and in the process became one of the first musicians to leave home as a result of apartheid.

It was in the 1960s, after meeting Harry Belafonte and performing for former US President John F Kennedy, that she moved to the United States and shot to international fame.

After trying to return to South Africa for her mother’s funeral, she learned that the government had effectively banned her from reentering, and she went on to testify as such in front of the United Nations. This earned her a ban from the government at the time, who removed all records of the singer from the country’s archives. 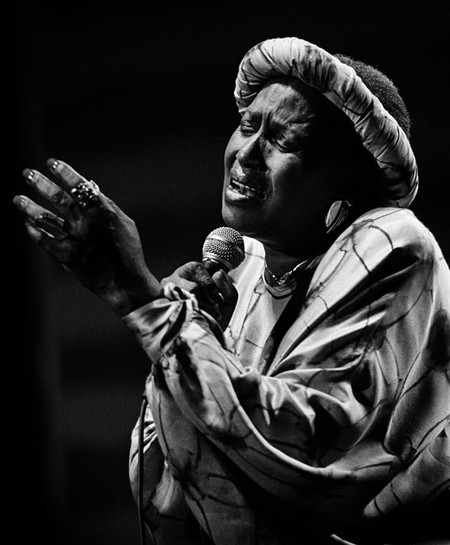 While in exile, Makeba won a Grammy award in 1966 for An Evening With Belafonte/Makeba and one year later ‘Pata Pata’ became a worldwide top-10 hit, making her the first black woman to earn this accolade.

She continued recording albums in the United States, and became intertwined with resistance in that country when she married Black Panther leader Stokely Carmichael, but after harassment from the US government, she returned to Africa.

She based herself in Guinea, but continued touring the world. Makeba also became more vocal about apartheid: she addressed the United Nations’ General Assembly twice, and received the Dag Hammarskjöld Peace Prize for her efforts.

In spite of her successes and her outspokenness, Makeba admitted that this was a difficult time for her. She split from her husband Carmichael, lost her daughter and was diagnosed with cervical cancer. She turned to alcohol in order to help her cope, a struggle which would haunt her for many years.

When Makeba toured with Paul Simon’s Graceland to the recently democratic Zimbabwe, her star rose once again. In the late 80s and early 90s the political situation began to shift in South Africa, and after he was freed, Nelson Mandela invited her to return home. After more than 30 years in exile, she returned to the country of her birth.

Makeba continued to tour to widespread acclaim, and became the darling of the newly democratic South Africa, with her music transcending the race barriers that had for many years been entrenched in the country.

Although she received several accolades, and had several number one hits, it’s perhaps her breakout hit ‘Pata Pata’ that best serves as a metaphor for her difficult life – though on the surface jovial and carefree, beneath the surface were tensions and difficulties that few who had not experienced them could ever understand.