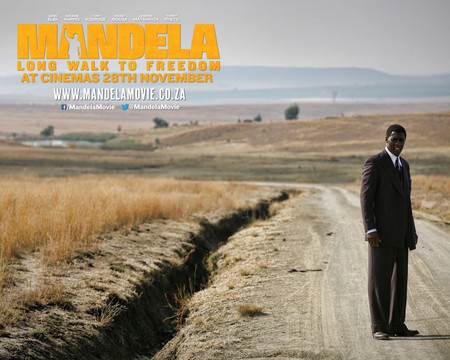 Although South Africa is not known for being a great filmmaking country, it has produced several laudable gems over the last 50 years. Most of these films reference apartheid, a much beleaguered period in South African history, while others illuminate social issues that affect the majority of citizens on a daily basis. With that said, South African film isn’t all doom and gloom. Very often, viewers are able to take away valuable lessons about hope and courage, inspiring them to look at life a bit differently.

If you’re planning to visit the province of KwaZulu-Natal, home of the Zulu clan, be sure to watch this epic war film starring Stanley Barker and Michael Caine in his first major role. The film is a depiction of the Battle of Rorke’s Drift between the British Army and the Zulus in January 1879, during the Anglo-Zulu War. Most of the film was shot on location in South Africa. This film has been compared to American Westerns and is an intriguing look at Zulu culture in the 19th century.

Cry Freedom is a 1987 drama directed by Richard Attenborough, based on the books by South African journalist, Donald Woods. Set in the 1970s in apartheid South Africa, the film centers on the unlikely friendship between Donald Woods, played by Kevin Kline, and activist Steve Biko, played by Denzel Washington. After Biko dies in police custody, Woods tries to expose the police’s complicity in his death. Although the film is set in South Africa, it was shot in Zimbabwe and Kenya due to political unrest and sensitivities at the time. Cry Freedom was nominated for three Oscars, including Best Supporting Actor for Denzel Washington.

Sarafina! is an inspirational film based on the Broadway musical of the same name by Mbongeni Ngema. The film centers on the 1976 Soweto Uprising, a series of protests led by black students in response to the apartheid government’s implementation of Afrikaans as a medium of instruction in schools. The title character, Sarafina, encourages her peers to rise up in protest, especially after her inspirational teacher Mary Masombuka (played by Whoopi Goldberg) is arrested. Despite the hardships on which it is based, this film is incredibly uplifting with stellar acting and a brilliant musical score.

Cry, the Beloved Country is based on the iconic novel of the same name by Alan Paton, and stars James Earl Jones as Revd. Stephen Kumalo. Set in apartheid, the story follows Revd. Kumano who travels from his village to Johannesburg where he discovers that his son has been arrested in connection with the murder of a white man. The father of the white man, James Jarvis, is an avid supporter of the apartheid regime. When the two fathers meet, they come to unexpected realizations about their sons’ and their own humanity.

Red Dust is a powerful and emotive dramatization of the Truth and Reconciliation Commission, which took place during the 1990s after the fall of apartheid. The story unfolds with Dirk Hendricks, a former apartheid policeman who files an application for amnesty. Sarah Barcant (played by Hilary Swank), is a South-African born lawyer living abroad, who returns to her home country to intercede for Alex Mpondo (Chiwetal Ejiofor), a black politician who was tortured by Hendricks and now suffers partial memory loss. Together the pair must uncover the truth about what happened to Mpondo and his missing comrade, Steve Sizela. This absorbing film reveals the complexity of the TRC process, and is a must-see if you wish to gain an understanding of South African history.

Directed by Gavin Hood, Tsotsi (slang for ‘gangster’) is a film adaptation of the novel by South African playwright, Athol Fugard. The film follows the life of Tsotsi, a young gang leader who is hardened from years of life in the slums of Soweto, Johannesburg. After hijacking a woman, Tsotsi discovers a three-month-old baby boy in the back of the car and brings him home to his shack. When he realizes he cannot care for the child, he follows a young mother home and forces her to feed the kidnapped baby. As the film progresses, Tsotsi’s heart starts to soften as the baby awakens a tender side in his character. This film is a riveting tale of redemption and hope, and depicts a side of South Africa that is not commonly seen by tourists. To date, Tsotsi has won a slew of awards, most notably an Oscar for Best Foreign Language Film in 2006.

Mandela, Long Walk to Freedom chronicles Nelson Mandela’s arduous journey from his childhood in a rural village in the Eastern Cape to his inauguration as the first democratically elected president of South Africa. The film is based on the 1995 autobiography of the same name, and stars Idris Elba and Naomie Harris in the title roles. Despite the film’s mixed reviews, it is well worth a watch as it shines a light on Mandela’s life as he works to bring down the apartheid regime in South Africa.