A Guide to South Africa's Mosques 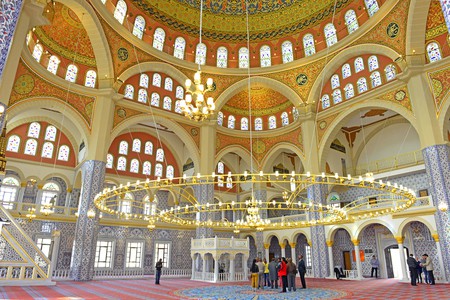 South Africa is known as much for its natural beauty as its multi-cultural society of various religions, races and ethnicities. The Culture Trip takes a look at the most beautiful mosques in the country, all of which are steeped in history and tradition. 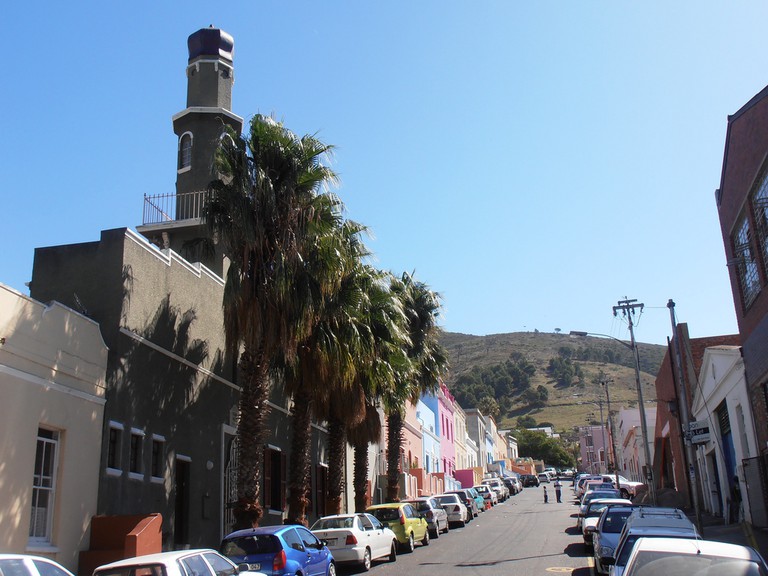 Auwal Mosque | © LiebeB/WikiCommons
Although not as striking as its counterparts around the country, it would be remiss not to mention the Auwal Mosque because it is, after all, the oldest mosque in South Africa. The olive-walled masjid (mosque) is beautiful in its simplicity. Situated on Dorp Street in the historical suburb of the Bo-Kaap, the Auwal Mosque was built in 1794 by Abdullah Kadi Abdus Salaam, known as Tuan Guru, to cater for the growing population of Muslims at the early Cape. The land on which it was built belonged to the freed slave, Coridon van Ceylon, who graciously gifted the land to Tuan Guru. Tuan had been a political prisoner for 13 years on Robben Island before being appointed Imam at the Auwal Mosque. While in prison, he wrote the entire Qur’an from memory, which can be seen on display at the mosque. Today the Auwal Mosque is a symbol of the struggle of Cape Muslims for the recognition of Islam and their freedom to worship.
Open In Google Maps
43 Dorp Street, Cape Town City Centre Cape Town, Western Cape, 8001, South Africa
Visit Website
Give us feedback

The Nizamiye Mosque is considered the most beautiful mosque in South Africa and is the largest mosque in the southern hemisphere. The mosque and complex was established by Ali Katircioglu, a retired Turkish property developer, and completed in 2012. The Nizamiye Complex houses a mosque, school, dormitory, shopping center, clinic and traditional Turkish restaurant and bakery, welcoming visitors from all religions and nationalities. The magnificent mosque is modeled on the Selimiye Mosque in Edirne, Turkey and accommodates up to 3,000 worshipers. The impressive exterior features four minarets that extend 55 meters into the Johannesburg skyline, and are each decorated with a unique design. Inside, the mosque features marble columns and a majestic 31-meter high dome decorated in exquisite Turkish art, which is emulated on the carpet below. The walls are covered with Turkish ceramic tiles painted in beautiful floral designs and Arabic calligraphy. 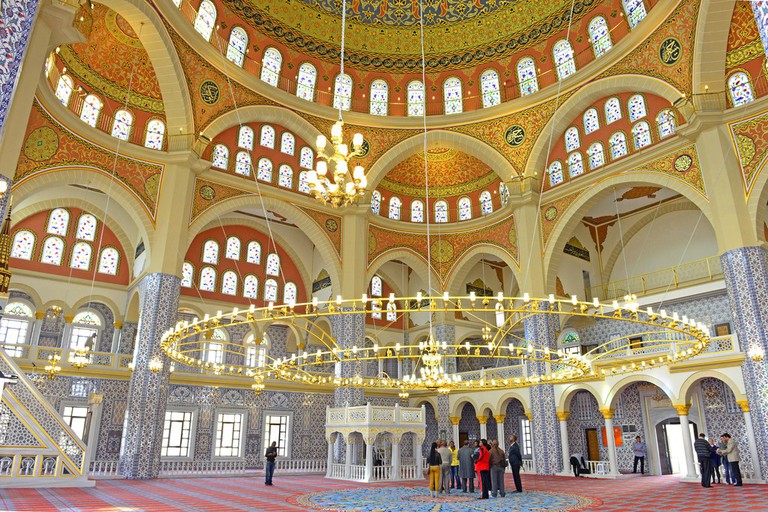 Mosque
Facebook
Email
Twitter
Pinterest
Copy link
Share
Map View
The Juma Mosque is the oldest mosque in Durban and the second-largest in South Africa. Situated in the Indian Quarter of Durban, it was originally constructed in 1881, but later demolished and replaced with a larger mosque in 1884, with further enlargements added in 1903. The following year a minaret was built with a second completed in 1905. In 1926, the mosque was rebuilt to make way for shops and apartments along Grey and Queen Street, but retained its initial minaret. The Juma Mosque features prominent golden domes and a unique blend of styles. Inside, the interior boasts striking chandeliers, gold accents and a rich gold and red carpet. The beautiful mosque accommodates 6,000 worshipers.
Open In Google Maps
Durban Central Durban, KwaZulu-Natal, 4001, South Africa
+27313041518
Give us feedback

Mosque
Facebook
Email
Twitter
Pinterest
Copy link
Share
Map View
The West Street Mosque is situated a few blocks from the Juma Mosque, and is recognizable by its tall minaret jutting out from between the buildings. This charming mosque was completed in 1885 and features Edwardian-Baroque architecture. In 1903, it was extended to include an enlarged prayer area, madressa, shops and residences.
Open In Google Maps
478 Doctor Pixley Kaseme Street, Durban Central Durban, KwaZulu-Natal, 4000, South Africa
Give us feedback 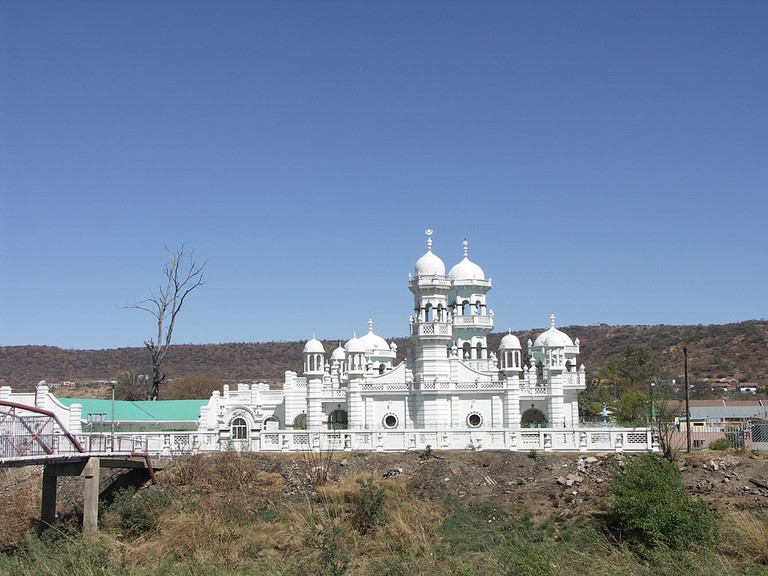 Soofie Mosque, Ladysmith | © NJR ZA - Nick Roux/WikiCommons
The Soofie Mosque is situated in the inland town of Ladysmith, 140 miles northwest of Durban. The present-day mosque stands on the premises of an older mosque built between 1895 and 1910 by Hazrath Soofie Saheb, a Muslim saint who arrived in South Africa as a missionary to build schools and mosques along the Durban coast. In 1969, the mosque was rebuilt by master builder Chacha Jamaloodeen, who wished to honor the revered cleric. The beautiful, whitewashed mosque features skillfully constructed minarets and turrets, filigree stonework and scalloped archways. In the inner courtyard, palm trees line an enchanting tiled walkway that leads up to a blue fountain decorated with mosaic tiles.
Open In Google Maps
Ladysmith Ladysmith, KwaZulu-Natal, 3370, South Africa
+27366372992
Give us feedback

You’ll find the Habibia Soofie Mosque in the predominantly-Muslim neighborhood of Rylands in the southern suburbs of Cape Town. The mostly green and white complex contains a mosque, madressa and cemetery. The masjid was established by Hazrath Soofie Saheb,who traveled from Durban to Cape Town, and was completed in 1905. The mosque features several tall minarets and a large central dome, while the ornate interior is decorated in gold and white latticework. 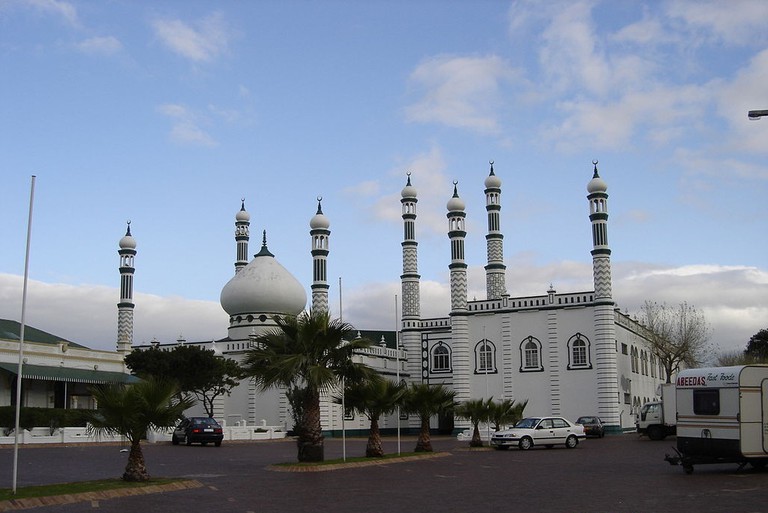