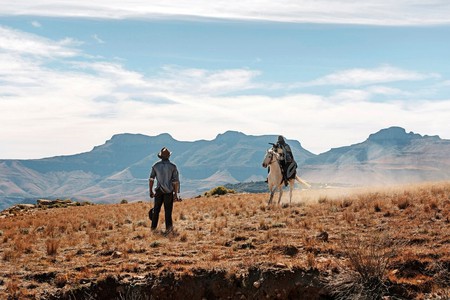 We interviewed Cape Town-based writer and producer Sean Drummond, discussing his new movie, Five Fingers for Marseilles, his decision to keep it local, and potential pushback on white filmmakers telling a black story.

A crew of young filmmakers from Cape Town, South Africa, have taken eight years to realize their dream of making a beautiful, authentic. and ambitious film. This week it premiered at Toronto International Film Festival, and already critics are hailing it as one of the best major motion pictures to emerge from the country.

Five Fingers for Marseilles is in many ways fairly easy to classify. It’s a stunning modern day Western that draws on the common elements familiar to the genre. But there’s one major exception. It uses Western movie conventions to tell a story that cuts to the core of many modern day South African issues. It was shot entirely on location in a remote South African town, features a talented local cast, and is almost entirely in the language of Sesotho.

A Western set in South Africa. What sparked the idea for this film?

(Director) Mike Matthews and I were traveling through the Eastern Cape in late 2009, and we were struck by the beauty of the area, in particular, the Maloti Mountain range on the southern border of Lesotho. The area had a resemblance to the worlds of classic Western films, and when we met some of the communities nestled into this landscape — living in tiny towns with European names like Rome, Barcelona, and Hamburg, as a throwback to their colonial settler roots — we knew there was a powerful and profound story to tell. There was something there that majority of the country didn’t know about, and we felt that in many ways, these towns were akin to a new frontier. We saw that as a perfect parallel with the western, and so we set about scripting a modern day Western that complimented what we discovered on that trip. 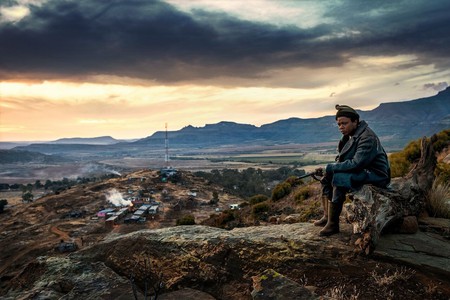 Why the choice of the Western genre to tell this story?

All good Westerns had social and political undertones. They were always about complex issues such as land and race relations. The Western is about taking land that doesn’t belong to people, and the legacy of that.

Revisionist Westerns are those that went back and thought: “Ok, well what does that mean?” Your classic Westerns are all a celebration of man’s triumph over the “natives” or the land, but this film is told from the other perspective. The damage has been done, and the legacy of that damage lives on in the lives of the people who are trying to rebuild.

Ultimately, the Western is a beautiful lens through which to look at politics and social issues that South Africa is currently dealing with.

The themes of the Western are so true to everything the movie is about. The Western is such pure storytelling. In the Western, conflict is the story. The four pillars of man on man, men against men, man against himself, men against the land, and civilization against the passage of time resonated with the stories in the area. Those are the four things that good Westerns are built on, and this film is exactly about that. The shifting country through the microcosm of a tiny town, with complex men, battling with themselves, battling with each other, their relationship to the land, and the town’s relationship with history. 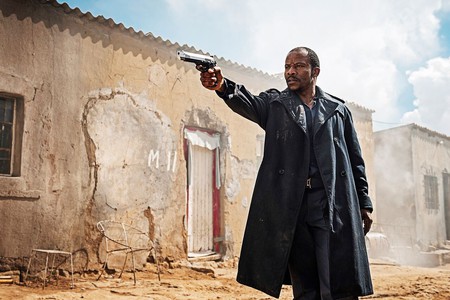 Did you have any goals or greater objectives going into the film other than making a solid, appealing movie?

Why did you choose to shoot on location in the Eastern Cape, as opposed to somewhere more practical?

We did a trip around the country visiting locations to try and find the perfect place to shoot. We thought originally shooting on location in Lady Grey was going to make it really easy — that we could just take some crew and some actors to a town and stay there and shoot. But, of course, it’s not that. It’s the opposite. It blows your costs up three times.

We spent a lot of time coming back from our original choice to scout closer to Cape Town. But every time you go back to Lady Grey you just know why it’s there. It’s the most cinematic place I’ve ever been. It’s epic in scale. The light, the air, the feeling of the place is just cinematic. It all just feels like you’re in a movie. Cold as it was, hard as it was, expensive as it was…there was never any doubt it was the right decision. It pushed the costs up, but you see the value on the screen. Essentially all that extra money we spent by shooting on location is on the screen. The town is a character in itself. 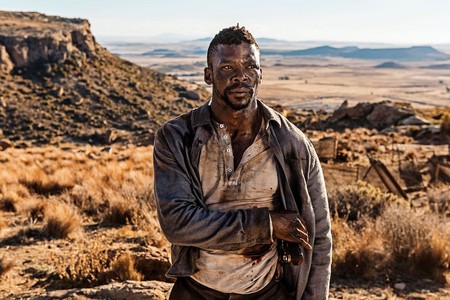 Do you expect / have you had any resistance or push back as white filmmakers telling what some might perceive as a “black” story?

We expected a few more comments along the lines of “Oh, white guys making a black western,” but so far that hasn’t come up in the critical narrative. Even based just on the teaser, people are saying they’ve never seen anything like this before. We’ve been surprised by the real enthusiasm, particularly with regards to our approach. We’ve heard and read positive commentary about how Five Fingers is challenging the whiteness of the western genre.

We do expect to get more pushback on race issues, and questions like “Why are white people are telling our stories?” would be fair, to a degree. But at the same time, we had really good support from people in the industry, across all specters. We’ve played this as authentically as possible — we’re not trying to pronounce judgment on a culture or people. We gave great actors the chance to realize characters fully and own them. We came in not to be exploitative at all. I think people will respond to that.

The film’s also never pretended to be something it’s not, and we’ve never pretended to be something we’re not. We worked really closely with the actors and an amazing Sesotho translator and cultural advisor who helped us to iron out the story and make it right. We opened ourselves up at anytime [to feedback and criticism]. If people thought we were being tone deaf or wrong about something, we welcomed corrections and assistance to make sure we got it right. 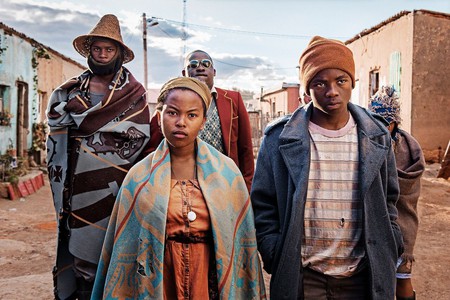 What makes this film more ambitious than other South African movies in recent years?

The location, the setting, the scale of the story, the number of characters, quality of the cast… we just wanted to make something on a scale, and story wise, that people hadn’t seen before, and we sweated blood for eight years to get it made. We’re suckers for punishment, but it’s been worth it. We never had any doubt that we could pull it off if given the chance. We pushed at the expense of everything else. 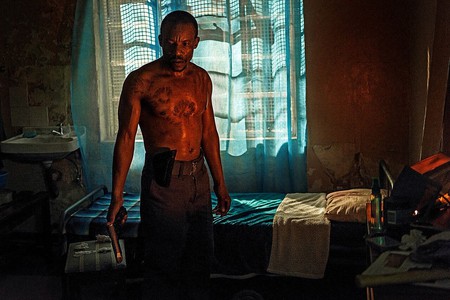 Why the decision to go with a local film in a local language?

The authenticity of keeping it local is what sets this film apart and what’s generated so much interest. If we tried to do it with an American actor in English, the whole thing would’ve felt forced and gimmicky. And it’s been one of our principal commitments from the beginning not to compromise on this. Language is central to the story we’re trying to tell, and so we paid a lot of attention to it from the outset.

There’s so much richness in the actual language of Sesotho. It’s so poetic, and a lot of the subtitles could never do that justice. When people see the attention to detail that we’ve considered, they’ll know we’ve taken it seriously. We didn’t do it in a local language as a marketing gimmick or because we thought it would be cool. 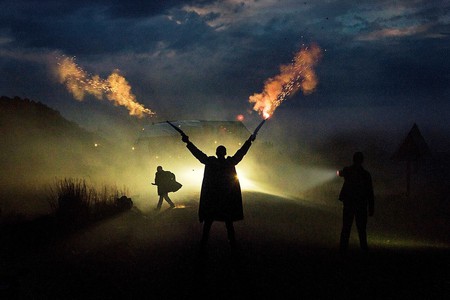 The film’s already making waves and is appearing at TIFF. When can we expect to see it on local screens in South Africa?

We’re doing a run of international festivals including TIFF and Fantastic Fest, as well as a few more we haven’t yet announced. We’ll be doing a South African premiere in the next couple of months, and then it’ll be released in cinemas in South Africa in early 2018.