Meet the Popeye of Khayelitsha, Empowering His Community With Healthy Eating 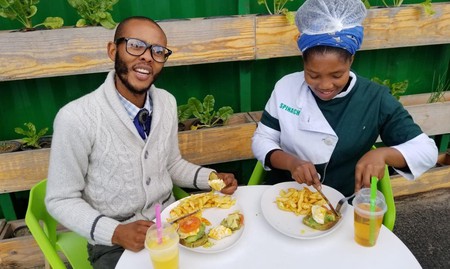 The South African township of Khayelitsha may be grappling with high unemployment rates, but it’s also brimming with entrepreneurial spirit. Leading the way in this new wave of creative entrepreneurs is Lufefe Nomjana, better known as Khayelitsha’s Spinach King, who’s used every child’s least favourite vegetable to create a nourishing social enterprise.

Khayelitsha, in the city of Cape Town, is not a place of wealth and prosperity. As one of South Africa’s fastest-growing informal townships, the dominant narrative of the region is often one of relative despair, pedalled primarily by those who have yet to visit it. But for those who live there, like Lufefe Nomjana, it’s also a place of great possibility.

In 2012, Nomjana was working in a community garden run by elderly women. As a young, enthusiastic entrepreneur and amateur farmer, his goal was to change the garden from social enterprise into a viable commercial operation. He achieved this in just four months by selling the vegetables door to door, all the while learning about urban organic farming, and growing his knowledge of permaculture.

Nomjana developed a fondness for the large, green-leafed spinach burgeoning in the community farm and, after researching its nutritional value, realised it is ‘a miraculous veg’.

‘Spinach attracted me over all other green-leaf Vitamin K-based vegetables, like broccoli and kale, as its turnaround harvest period is very short’, says Nomjana. ‘I discovered that it is medicinal with its high chlorophyll, vitamins and phytochemicals that help prevent non-communicable illnesses that we are facing in this day and age’. 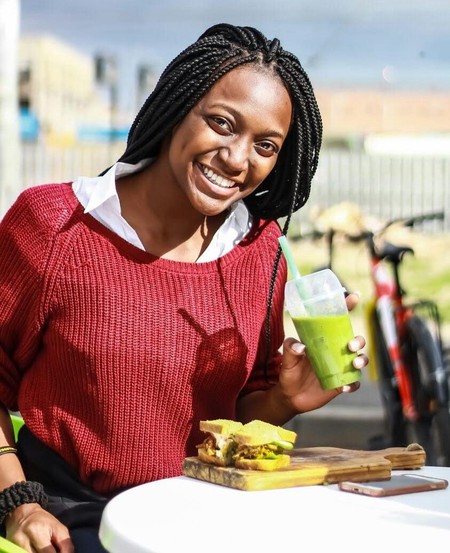 And so, with just enough cash to pay for the use of his neighbour’s oven, he started baking spinach bread while growing out his business. Although financial gains were slow to arrive, he quickly developed a reputation for making some of the area’s best bread, all while singing its nutritional praises to anyone who’d listen.

The power of healthy eating

At this stage he was less focused on profits, and more concerned with creating a long-term viable business that solved a growing health issue in Khayelitsha. According Nomjana, ‘There’s a lack of health education and convenient healthy food options nearby’, he says. ‘In fact, this is a global problem, as the fast-food industry has been injected with hard cash used to gain consumers through education and advertising’.

The solution he saw was to make tasty, healthy and convenient food a realistic alternative to those living in Khayelitsha, and so the Spinach King operation was born. Once he gained the use of industrial ovens, thanks to cooperation with a large food retailer, he was able to scale up his operation from small backyard bakery into a veritable Khayelitsha spinach empire. In 2013, he went from baking 24 loaves to pushing out more than 120, and along the way picked up a slew of startup and entrepreneurial awards.

And yet, perhaps unsurprisingly, spinach wasn’t an easy sell. ‘It was not easy to get the people of Khayelitsha to eat spinach bread’, says Nomjana. ‘The model had to change to that of health education’.

Still, he persisted, motivated by his growing accolades and positive reviews, and drawing on the popular figure of Popeye to spread the word. According to Nomjana, Popeye shot to popularity at a time when ‘there were a lot of communicable and non-communicable diseases, malnutrition, and vitamin deficiencies’ – an issue not dissimilar to that which many residents of Khayelitsha are facing. The humble cartoon single-handedly increased spinach consumption in the United States – with some reports suggesting by as much as 40% – and Nomjana hopes to do the same. 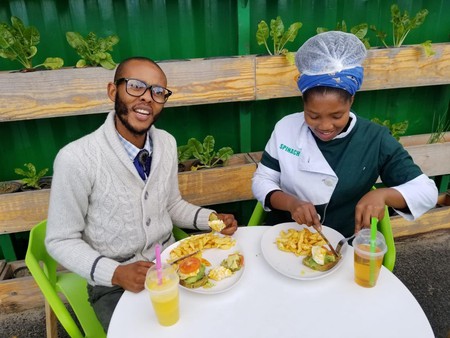 The future of Spinach King

Today he’s got a store in Khayelitsha Mall called the Spinach King Cafe, where he sells items that wouldn’t look out of place at a High Street health shop, but only at a fraction of the price. He incorporates spinach and other vegetables grown in small local farms into items like gluten-free spinach bread, green burgers, smoothies, juices, wraps and muffins, and attracts a range of customers, from tourists to local residents.

Although this is a remarkable achievement in itself, he’s not stopping here. The Popeye of Khayelitsha, who started his small social enterprise with just a few notes in his pocket and bucket-loads of innovation and determination, wants to make the world a healthier place. ‘Spinach King has now been running for seven years’, he says. ‘The vision is to offer our customised micro-social franchises all over South Africa, Africa and the world, as the problem we’re solving is bigger than Khayelitsha and Cape Town‘.