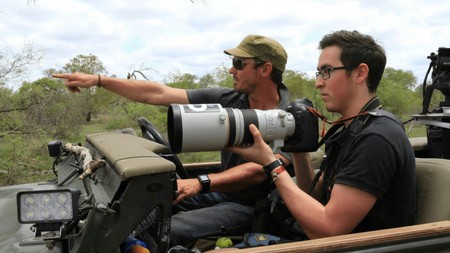 Nadav in the bushveld | © Latest Sightings

Nadav Ossendryver, a 21-year-old from Linksfield, Johannesburg, has turned his love for the South African bushveld into an award-winning wildlife tracking app used by millions of locals and tourists. We chat to the creator of Latest Sightings, the must-have app when going on safari.

Growing up in a country with an abundance of wildlife, Nadav’s passion developed at an early age. ‘When I was eight years old, my family and I went to the Kruger National Park. It was my first time there and all I wanted was to see a lion. After three long days of praying for a lion sighting, it was time to leave. Heading to the gate, we turned a corner and right in the middle of the road we spotted not one, but four lions! I instantly fell in love with the park.’

Since then, Nadav and his family visit the park each year and, however much he enjoyed every trip, he realised that they spent much of their time driving around without spotting much wildlife. This sparked his determination to see as much as possible when in the park. ‘I begged my parents to stop passing cars to ask them what they’d seen. I then began wondering if there wasn’t an easier and faster way of knowing what other visitors have seen, where they’ve seen it and, most importantly, in real time.’ He came up with the idea to establish a community where people can easily share their sightings, and so Latest Sightings was born. 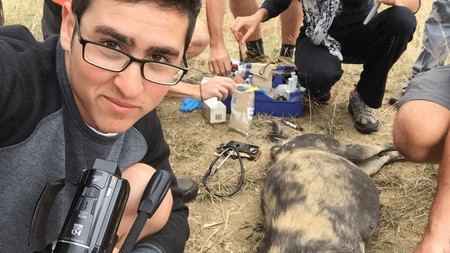 Nadav’s free app is downloaded via iOS or Android and, once registered, users can upload photos, videos or plain text describing their sightings. ‘The great thing is that we have a large following, so if a sighting is unique and has quality footage, it can easily go viral. We currently reach between 400,000 and 900,000 people a day on YouTube alone. When I first created the app, I really only set out to help people see more animals in the park. Having used the app over the past few years, I’m extremely happy to say that I have done exactly that. As much as I absolutely love spotting my own animals, the majority of my sightings on a trip to the Kruger or Pilanesberg are from reports coming from the app.’

The app’s impact on tourism

Nadav says that the app is helping to show the world how amazing South Africa is. ‘It has helped bring thousands of people to the country with the main aim of going on safari and seeing what they’ve seen on our platforms in real life.’

And the public couldn’t agree more. Based on their large social media following, Nadav exclaims, ‘The public has loved it! It helps people in the park, but also helps people all over the world escape their busy lives for a few minutes; whether it’s watching a herd of elephants helping a baby elephant stuck in the water or a pride of lions fighting a buffalo, we have it all.’

Latest Sightings has proved how social media can improve travel experiences, and Nadav calls it ‘the backbone of the app. It enables us to reach our community, wherever they are in the world’. So whether users follow them on Twitter, Facebook, Instagram or YouTube, they get the best information available, captured and uploaded by actual visitors to the park.

‘We believe that creating good content and making it go viral will bring more people to the country. We have just started a booking system in the past couple of months, and, since its inception, we have already sent over 300 people to the park.’

What’s next, you might ask? Nadav is content that he’s created a world-class app, but he’s not stopping there. ‘We’ve conquered social media with our content, and now we’re looking toward television. We’re also starting to work with other small-game reserves in different parts of South Africa to see how our sightings app can be of use in other parts of the country.’