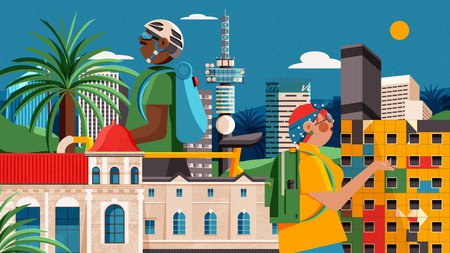 With its frenetic traffic and often over-exaggerated reputation for crime, Johannesburg can be intimidating for newcomers. But the city is an incredible place to explore if you give it a chance to show you its good side.

Joburg – South Africa’s biggest city – lends itself particularly well to walking tours, which allow travellers to experience the city from the ground, without the intimidation of exploring alone. Fortunately, the city has a diverse cadre of talented, passionate walking-tour guides who make it their mission to showcase the city’s fascinating history and culture. Here are a few of those guides, explaining in their own words why they do what they do.

JoburgPlaces, one of the city’s oldest walking-tour companies, is based in a restored historic building on Gandhi Square. Moyo specialises in walking tours around the inner city, and is known for his animated recounting of Joburg’s tumultuous history.

“I started tour guiding by accident – my background is hospitality,” says Moyo. “I never thought in a million years that I would ever walk with international guests, but [JoburgPlaces founder] Gerald convinced me otherwise. Three years later, I am happiest when I am in the streets telling our history.”

Moyo’s favourite place to lead a group of travellers is on their signature tour to Marshalltown, which he describes as: “The best introduction to the city by far. It covers the entire history of migration, to the gold rush, and the boom and bust of Johannesburg to the current regeneration.” 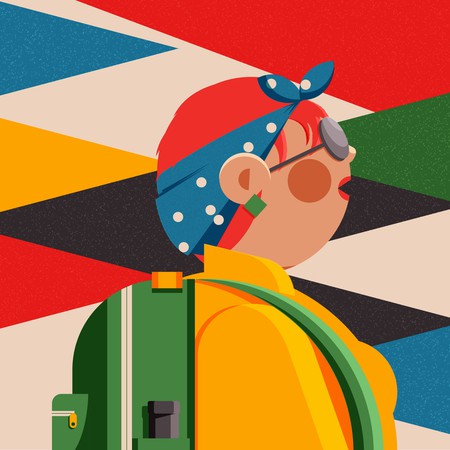 Jo Buitendach from Past Experiences

Jo Buitendach founded Past Experiences after training as an archeologist and developing an obsession for connecting Joburg’s past with its present. “My heart pumps JHB Inner City, and there is nowhere else I could imagine guiding,” says Buitendach. “It’s a crazy, frenetic city, full of hardship but also so much light, and it energises me everyday. It also has amazing art and political history.”

Although Past Experiences conducts many different types of walking tours, Buitendach has a particular interest in graffiti, street art and public art. She often conducts tours together with local street artists, who explain the meaning behind Joburg’s ubiquitous graffiti murals.

“Een blond” means “one blonde” in Afrikaans, and that’s what Gilda Swanepoel is – one blonde guiding travellers through the city on her own. After years crisscrossing South Africa in her pickup truck, Gilda founded Eenblond Tours and now makes a living showing visitors around her beloved hometown.

“I’m very drawn to my strange, vibrant city,” says Swanepoel. “Seeing that other people don’t have the guts or skill or curiosity to explore Jozi like I do, it became an urgent desire to share my knowledge with others. I’m glad I finally have the opportunity to do so.”

Swanepoel creates curated tours of Joburg neighbourhoods on the fringes of the inner city. Her food tour of Fordsburg, Joburg’s historically Indian community, is particularly popular with locals and foreigners alike.

“I’ve made strong, loving connections in every community,” she says. “From the bohemian, slightly crazy proprietors in Melville, the unique multi-cultural bunch in Brixton, the sweet and kind entrepreneurs in Fordsburg and the vibrant, friendly Sowetans.” 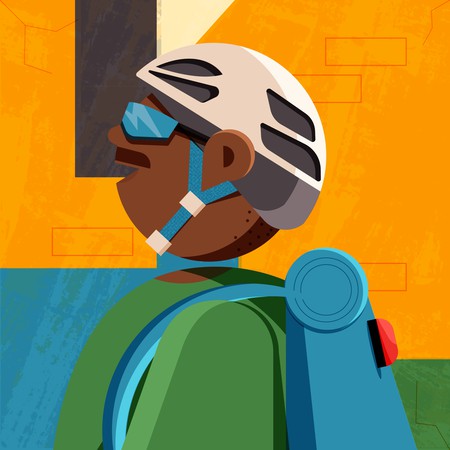 Tembo’s favourite walking tour is his coffee tour, which leads guests to interesting coffee shops throughout the inner city. “I created it to make a difference to other smaller businesses by bringing in feet to their doorsteps… Being part of an ecosystem where we all thrive together,” says Tembo. “I also touch on the regeneration [of Joburg], showing people the examples of what is currently happening. So it’s not only about coffee.”

Ayanda Mnyandu, who grew up in Joburg, founded City Skate Tours to provide a different way for tourists to explore downtown: atop a skateboard.

Mnyandu’s tours are open to beginners and experienced skateboarders alike and start with a skateboarding lesson in Joburg’s trendy Maboneng precinct. The group then visits some of the city’s skateboarding hotspots, including the old City Hall and Beyers Naudé Square. Those who don’t feel comfortable on a skateboard are welcome to walk.

“I grew up skateboarding around the inner city of Johannesburg,” says Mnyandu. “As skateboarders, we see cities as urban playgrounds, and this is why we always look like we’re having fun irrespective of where you find skaters in the city. This is why I love doing my tours – it gives people the opportunity to see Joburg from a new, fun and unique perspective.”