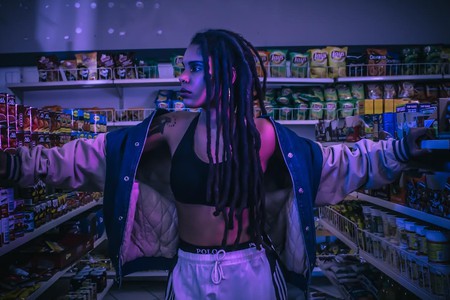 Cape Town-based rapper Catherine St Jude Pretorius, known to most as Dope Saint Jude, has been making waves around the world with her brand of socially conscious hip-hop. Born in the Cape Flats, Dope Saint Jude has never been afraid of producing music that tackles important issues head-on.

Dope Saint Jude raps about feminism, race, sexuality, and class in a frank manner that’s garnered her a seemingly equal number of ecstatic fans and grumbling detractors. But all this seems to have had little negative impact on the acclaimed musician’s rise to fame both locally and abroad. If anything, the controversy has catapulted her into the spotlight, and her quick wit and unrelenting presence have kept her there.

We caught up with Dope Saint Jude to learn more about her background, music, and what’s next on the cards for this remarkable artist.

Culture Trip: You’ve been riding a wave of generally very positive press for some time now. What do you accredit this to?

Dope Saint Jude: I believe it has to do with my music and its content. I am unapologetic about where I stand and I think this draws some attention to me.

CT: Can you tell us a bit about your upbringing? When did you learn to rap? Did your upbringing influence your career, songwriting, and the overall tone and style of your music?

DSJ: I grew up in Matroosfontein, in Cape Town. I started messing with music as a teenager—teaching myself to play the guitar. I then became a drag king and then transitioned into making music. My upbringing influenced my perspective more than anything. I was able to see the world through a very specific lens and this informs the nature of my work.

CT: What’s the story behind your name?

DSJ: My second name is ‘Saint Jude’ the patron saint of hopeless or lost causes. I felt it was a fitting name but I needed to make it a bit of an oxymoron. This is why I added ‘Dope’.

CT: Do you think South Africa is starved of strong female musicians, or is it that the industry is still male-biased/dominated?

DSJ: There are many strong female musicians, but the global music industry is inherently male-dominated. This is not a South African issue. There are of course women who are visible and successful in the industry, but for the most part, men seem to have an easier time.

CT: Are there any other artists in SA or abroad who inspire you?

DSJ: I am inspired by South African artists like BCUC and international acts like Karol Conka and Masego.

CT: You’ve mentioned in previous interviews that you feel more comfortable working with a female engineer. Is this still the case? Can you explain the potentially negative energy that this has introduced into previous work?

DSJ: My interest in working with women in studio has more to do with the lack of female engineers in the music industry as opposed to negative interactions with male engineers. I want to work with women in the same way that I would like to work with POCs. It’s about creating opportunities for a group that is clearly a minority.

CT: How has gender politics shaped your music? Is the concept of Saint Dude something you’ve put to rest for now?

DSJ: My lived experience shapes my music and gender politics is a huge factor in my everyday experience. For now, my drag persona is retired, but I might in the future use the character to make a statement.

CT: Presumably, there have been obstacles that you have had to overcome as an outspoken black female artist—if so, can you explain what these were/are?

DSJ: There have been an equal amount of opportunities as there have been obstacles. The obstacles are often subtle and have to do with greater issues of sexism and racism. 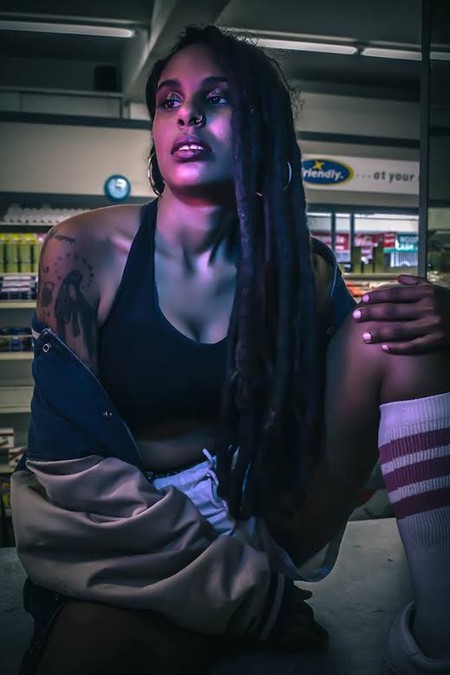 CT: Can you tell us about Reimagine—what’s behind the name of the album?

DSJ: I named the EP Reimagine because I feel like I am in a constant state of reimagining myself and my position in the world.

CT: How complex is it to deal with the topics that you do so openly and honestly? Is it not frustrating to be pigeonholed as a specific rapper when you deal with several other important topics?

DSJ: It is pretty easy to talk about my experiences in my music. I am just being honest. I don’t really care how people perceive me. I don’t even identify as a ‘rapper’.

CT: What can the music industry do to better nurture young talent? Is there money for artists willing to express themselves outside of the mainstream styles and genres? What impact will this have on the local music scene?

DSJ: In my experience, South African musical artists wanting to express themselves in ways that society considers outside of the ‘mainstream’ will likely have to pursue an international career in order to pay the bills. I don’t know if there is enough money in the arts to support small and alternative artists.

CT: You’ve had some very successful performances abroad. Can you tell us a bit about your international following?

DSJ: My international following is all very new to me. I am often surprised to perform overseas and have fans. I think I attract the oddballs because I am an oddball myself.

CT: What’s next on the cards for Dope Saint Jude?

DSJ: I am working on a new musical project and I hope to launch my career internationally. Everything I have done thus far has been without the help of a team. I am excited to be working with a strong team to properly launch my music career.