This Man Is Climbing Table Mountain Every Day for a Year 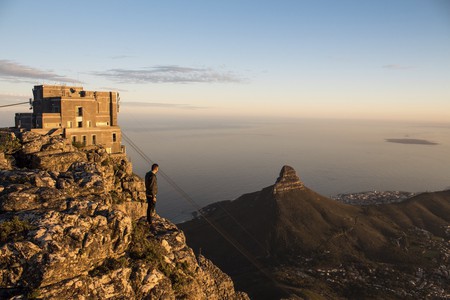 For most, a hike to the top of Cape Town’s Table Mountain is just another item to check off the bucket list. But an intrepid humanitarian is taking it one step further, by committing to climb the 1087-metre (3566-foot) high peak 365 times this year in aid of charity.

Cape Town resident Andrew Patterson will climb Table Mountain every day in 2018 in order to raise one million Rand (approximately $83,000) for charity. The 38-year-old hiker has started an organisation called 365 Ubuntu Climbs, and he hopes the campaign will both raise money and shed light on those less fortunate.

Patterson, an avid hiker and entrepreneur, faced a corporate retrenchment last year. Rather than return to the corporate world, he decided to focus on this campaign. Though hiking Table Mountain is a realistic goal for anyone with a moderate level of fitness, doing so every day for a year will be a remarkable achievement.

Patterson spent the latter part of 2017 training for the feat, culminating in a two-peak challenge that took him up Lion’s Head and Table Mountain in a single day, but is under no illusion that his new, yearlong endeavor will be an easy task. 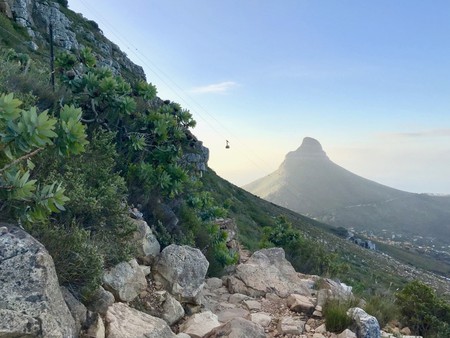 Patterson is inviting donations via BackaBuddy, a local crowdfunding platform designed specifically for initiatives such as this. He will then distribute the funds among several notable charities, including the Sunflower Fund, Habitat for Humanity, and One Heart for Kids. Each assists people who face hardships due to no fault of their own, including health issues, poverty, or lack of education. He is inviting anyone who donates to the fund to join him up on the mountain.

He commenced his first hike in the early hours of January 1, 2018, in order to witness the first sunrise of the year from the summit. He’s already completed 23 hikes and raised R48,630 of his R1,000,000-goal, and donations will be open throughout the campaign.