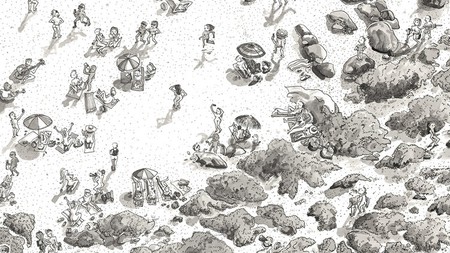 South African artist Lucie de Moyencourt loves Cape Town so much she has forged a career sketching the city’s most beloved locations. Few of Cape Town’s famous attractions and neighbourhoods have escaped the tip of her pen, and the resulting artworks now have pride of place in a variety of locations, from nostalgic postcards on foreign fridges right through to murals in the city’s most lavish hotels. 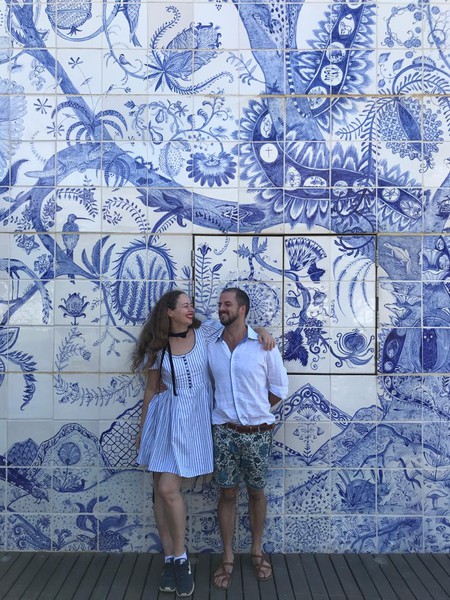 De Moyencourt is a trained architect. She says, “I really, really wanted to go to art school, as I knew I wanted to paint forever,” she says. “But I was also pretty hot at maths, and art plus maths apparently equals architect.”

Her parents, however, were supportive of her desire to be an artist. “My dad once said to me, ‘If you want to paint, paint! Here’s a crayon!’ and I’ve been teaching myself, going to extramural classes and practising, ever since.”

After five years working as a professional architect, she could resist the urge no longer. “I would paint in the early morning before work and often in the evenings,” says De Moyencourt. Eventually, she decided to leave the world of formal employment behind.

In spite of the years spent studying and working, De Moyencourt doesn’t see the foray into architecture as a waste. “As a result I am quite a practical and highly productive artist, rather than a conceptual one,” she says. “I don’t dwell on why I am making art and what psychological messages I’m trying to convey.”

From oil paintings to ink sketches

There’s a playful but practical theme running through many of De Moyencourt’s illustrations, an approach that is heavily influenced by France, the country of her birth. Although she spent only her first eight months in Paris, there’s a distinctly French cartoon feel to many of her illustrations that lends them an air of playful authority. 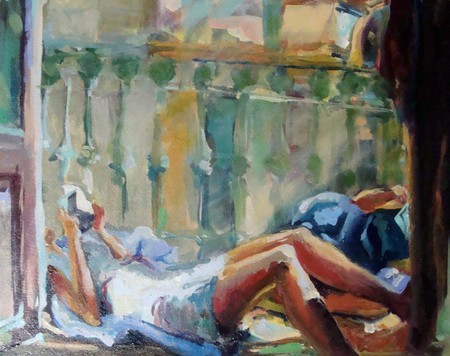 “I feel much more South African than French,” she says. “But I do tremendously admire the French tradition of cartoons, and my favourite hero of illustration is a very cool French guy called Sempé.”

Jean-Jacques Sempé is best known for his numerous covers for The New Yorker, but it’s his standalone whimsical sketches, immortalising often fleeting moments, that have the most in common with De Moyencourt’s recent illustrations.

Her work wasn’t always in this style, however, and she spent many years developing her own voice. She initially fell in love with art after repeat visits to the Musée d’Orsay in Paris, and had dreams of becoming a South African Impressionist. Because of this, she initially focussed her attention on oil painting, but when her lifestyle started to lend itself more to sketching, this started to change.

“After years of sketching on the go during my travels, scribbling in sketchbooks on the Tube in London, for example, I needed a quick, instant medium to work with,” she says. “Eventually, over the years, I started working more and more in ink, and enjoyed focussing more on the line work than on rainbows of colour in an impressionistic atmosphere.” 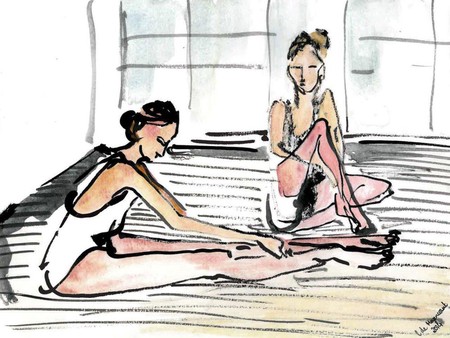 De Moyencourt completed her first collection of sketches in 2014. They focussed on the Atlantic seaboard in Cape Town, and she hung them on the walls of a new delicatessen in Sea Point the day before it opened. “Both the café and my exhibition were a success,” she says. “And a few months later, I quit my job as an architect to try a sabbatical year of being a full-time artist.”

Over the subsequent five years, De Moyencourt doubled down on drawing what she loved most: people going about their daily lives in her favourite city. “I love Cape Town so much. It’s my true love!” she says. “I love drawing how the mountains engage with the city, and then the sea, and the people – there is so much richness to draw from.”

Her most recent series, which focusses on Cape Town’s top beaches and the people who frequent them, continues with this theme. The large, intricate artworks take several weeks to complete – her illustration of Camps Bay, the biggest and most detailed of the series, took more than four weeks. 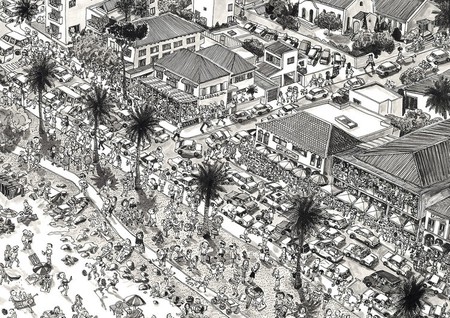 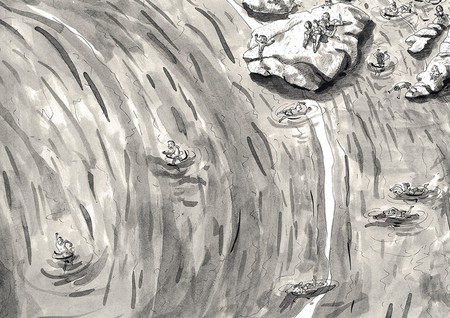 While the public-facing side of her career is these sketches, behind the scenes she’s been contributing artworks to some of the city’s best hotels and wine estates, including Ellerman House and wine estate Babylonstoren. She’s also recently completed a large tile mural for new hotel Gorgeous Gorge, in the heart of the Cape Town CBD.

Even though she’s now inextricably linked with the Cape Town tourism industry, her biggest clients aren’t actually the hotels, wine estates and restaurants who commission her for murals and other artworks. Instead, unsurprisingly, it’s people who love the city as much as she does. “My biggest clients by far are expat Capetonians who miss the mountain,” she says. “I am so happy to provide them with illustrated prints or postcards for their fridges in cold London flats.”

Lucie de Moyencourt is active on Instagram – @lucie.in.wonderlands – and her illustrations are available for purchase on her website, www.luciedemoyencourt.com.