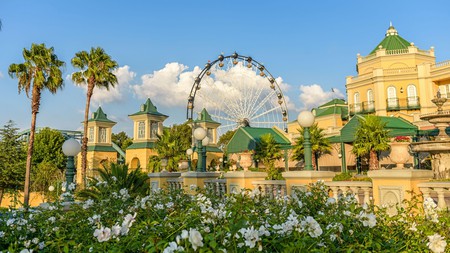 While it has a reputation for being a tough nut to crack, South Africa’s city of gold has a real soft side to it – when it comes to romantic places to stay. Couples who want to shut the world out for a while will find there’s plenty to love about Jozi’s hotel scene. Here are the top romantic getaways in Johannesburg – all bookable on Culture Trip.

Johannesburg might act tough, but beneath its no-nonsense exterior, South Africa’s biggest city has a heart of gold. For couples seeking a getaway, Jozi can’t offer the long walks on the beach or sunset game drives like other parts of the country, but what it does do exceptionally well is romantic hotels. Whether you fancy drinks in a champagne lounge, meals in a magical courtyard or a room with a balcony that would turn Juliet green with envy, Jo’burg is a master matchmaker. 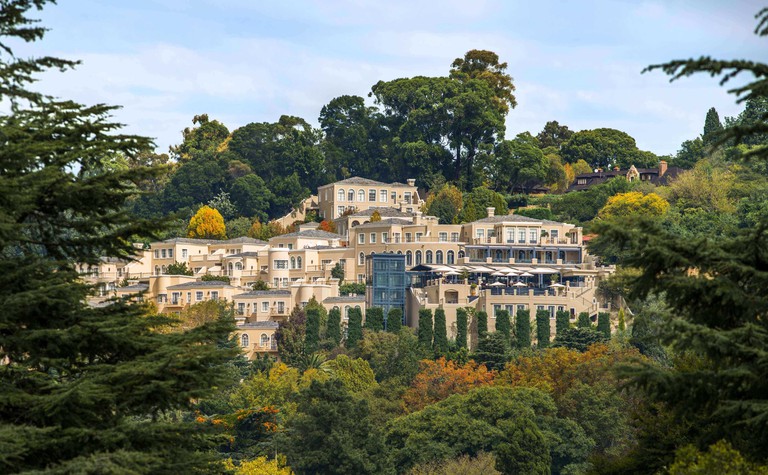 Courtesy of the Westcliff / Expedia

Doing a good impression of a hillside village despite its location in a city of 5.9 million people, the Westcliff looks down at north Johannesburg from the Witwatersrand scarp. About as glistening as the gold found in its rocky surroundings, the hotel comprises nine villas with gardens and courtyards. If you’re looking for serenity as a couple, this is the right place – especially the Apres Spa where after a massage, you can sink into the city’s only outdoor spa lounge, which looks out over the treetops. 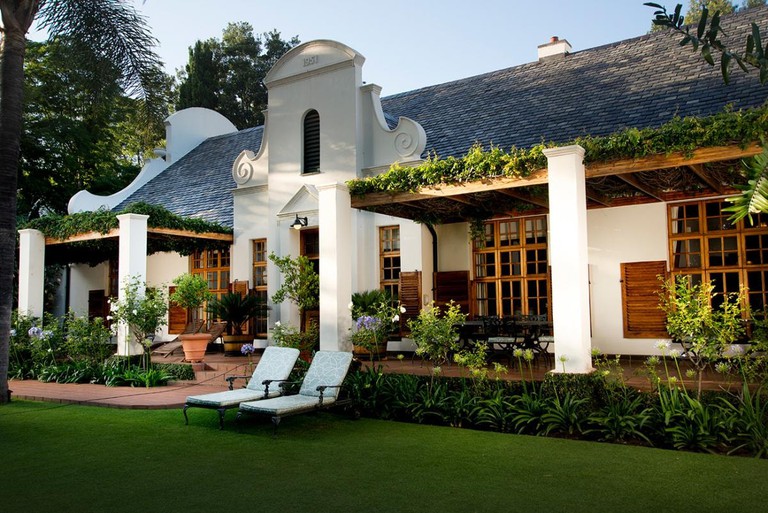 Courtesy of Klein Constantia Boutique Hotel
With rooms called Cabernet Sauvignon, Pinot Noir, Chenin Blanc and Pinotage, the Kleine Constantia Guest House clearly wants couples to pop a few corks while staying over. If the wine doesn’t get you relaxed – there’s a good selection in the boutique hotel’s cellar to seal the deal – the shady garden with a fountain, an indoor heated pool and rooms with king-sized beds, Persian rugs and snuggly cotton linen certainly will. 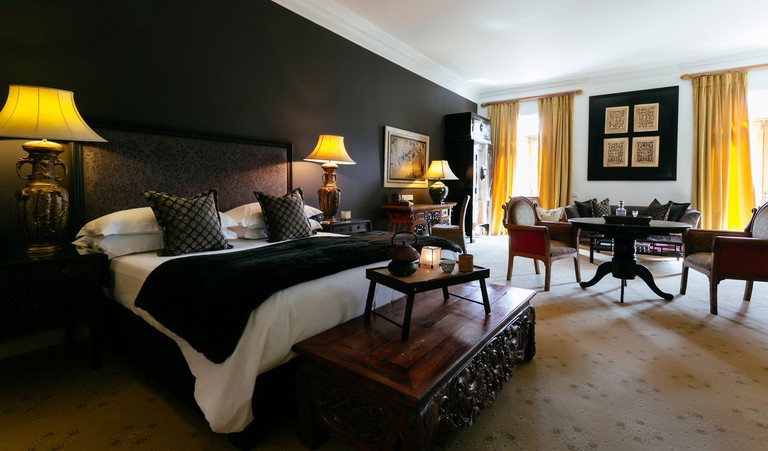 Courtesy of Fairlawns Boutique Hotel and Spa / Expedia
Once a 10-acre (4ha) family home that once had stables and a lone cow, Fairlawns has been transformed into a country hotel in Sandton: the new CBD of Joburg. Having a meal here is truly special – the Into the Woods dining experience takes place in a private room under a chandelier and surrounded by a recreation of a birchwood forest. A newly added champagne room has an adjoining courtyard, where you can quaff sundown champers to the sweet sound of birdsong. 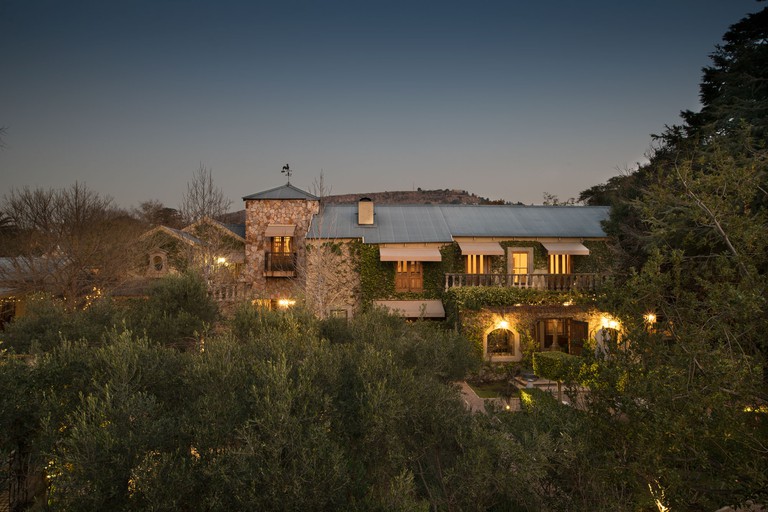 Courtesy of Morrells Boutique Estate / Expedia
At the foothill of Northcliff ridge and enveloped by a dense garden – where chickens scuttle about and the only sound you hear is water bubbling out of amphora fountains – Morrells feels like a different world to the pulsating metropolis that surrounds it. Cobblestone paths, statues of frolicking cherubs, a wisteria-covered veranda and a balcony – that’s perfect for recreating Romeo and Juliet – further add to the romance of a venue that gives new meaning to city escape. 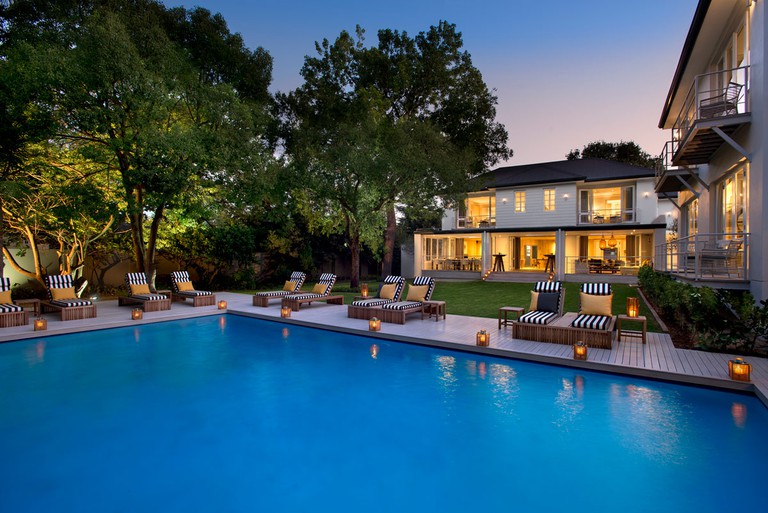 Courtesy of AtholPlace Hotel and Villa / Expedia
Doing backstroke in a heated pool while staring up at palm trees is one of the many delights at this super-chic boutique hotel, in Joburg’s upmarket Athol neighbourhood. The hotel is all understated elegance, while the villa section next door is designed to be a private city home – with an outdoor lounge area next to an open fire, ideal for talking long into the night. With landscaped gardens creating a green cocoon around the property, you won’t even think about the outside world until it’s time to check out. 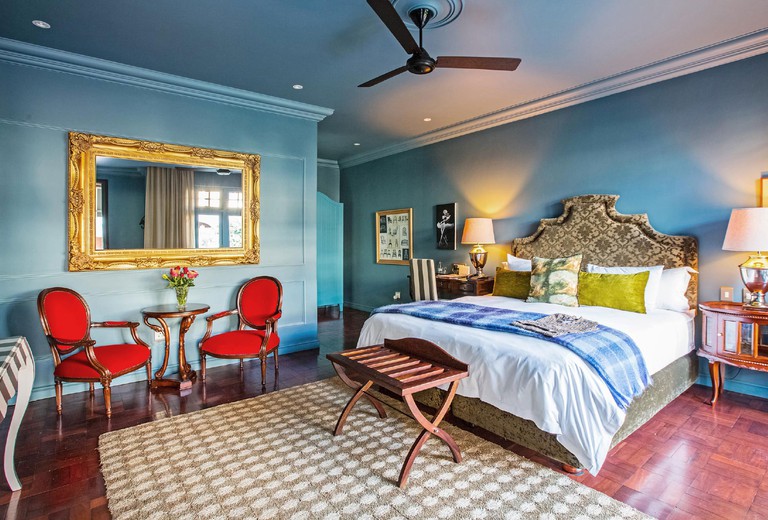 Courtesy of the Winston Hotel / Expedia
Sit down for a romantic meal in the Winston Hotel’s beguiling chequered courtyard with the arched colonnade backdrop – and you’re transported to the old towns of Andalusia. Then the food arrives and you’ll know this is very much a South African experience. Wondering why the country is seen as a carnivore’s paradise? Order the slow-cooked springbok shanks or a rack of Karoo lamb and start off what will be a long-lasting love affair with the local cuisine. 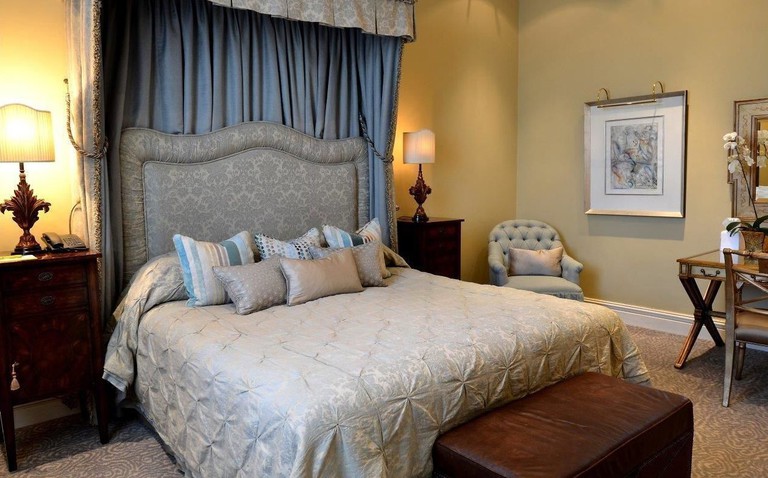 Courtesy of Monarch Hotel / Expedia
Fancy a long romantic walk? The Monarch in Rosebank – right in the beating heart of Johannesburg – is close to some of the city’s best green spaces. Zoo Lake is a popular local park situated around a manmade lake, which you can also negotiate in a rowboat. The Melville Koppies Nature Reserve offers a chance to see Joburg’s ridges before gold was discovered here – while the Johannesburg Botanical Gardens has one of the finest plant collections in the world. 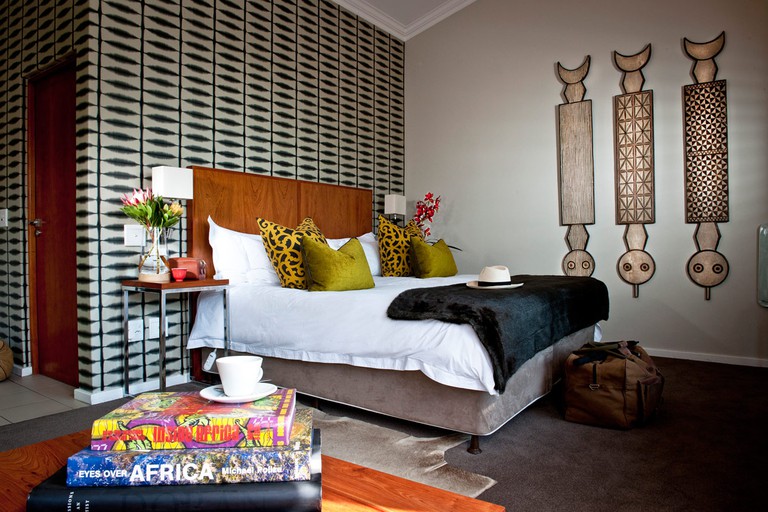 Courtesy of the Peech Boutique Hotel / Expedia
With huge walk-in raindance showers big enough for two, funky design and large patios overlooking a 2-acre (0.8ha) garden, you might find it hard to leave the rooms at award-winning boutique hotel, the Peech. When you do eventually emerge, try the delightful Garden Restaurant – serving seasonal dishes throughout the day and has floor-to-ceiling glass sliding doors opening up onto a covered patio. Venture out further and you’ll come across James and Ethel Gray Park, which has a colourful abundance of birdlife. 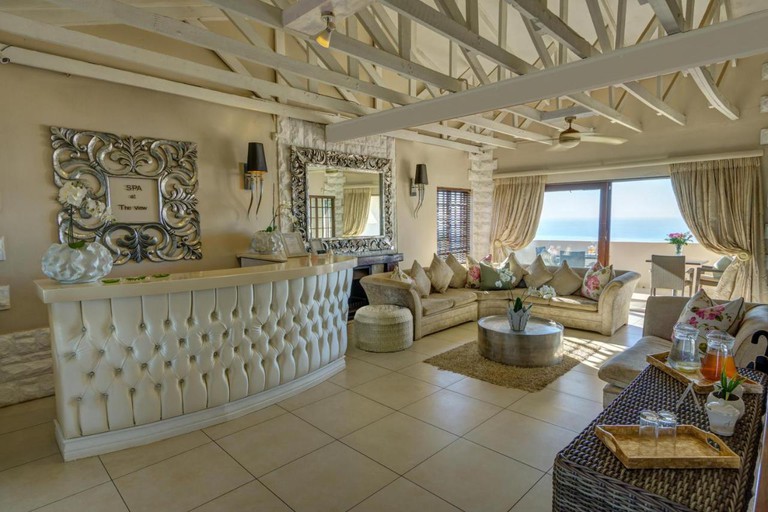 Courtesy of the View Boutique Hotel / Booking.com
The clue is in the name: this boutique hotel in Auckland Park has some of the best views over Jozi, but that’s only part of what makes it remarkable. The gabled building itself is a stunner – purchased in the 1920s by the wealthy Sir Julius Jeppe as a wedding gift for his eldest daughter. The sense that you’re stepping back to some bygone era is only amplified by the serving of the classic afternoon tea. 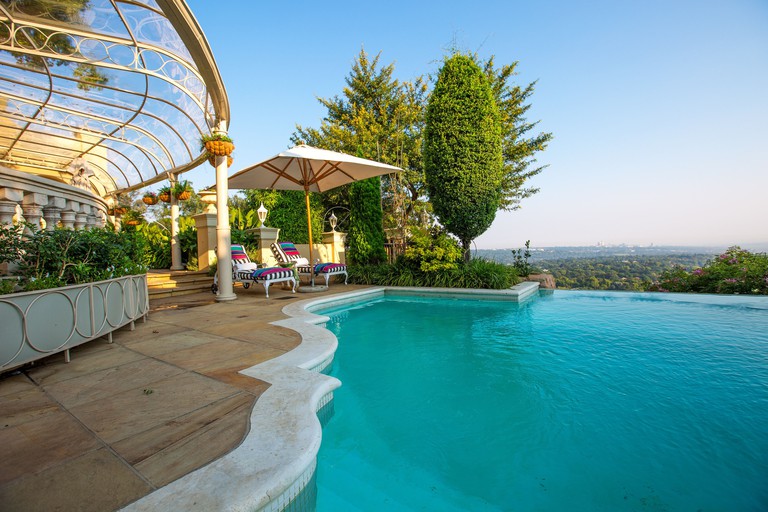 Courtesy of the Munro Boutique Hotel / Expedia
The Munro seems to have been built with honeymooning couples in mind. The balcony in the Presidential Suite – one of five luxurious rooms – offers views over the city and is just perfect for evening drinks or a breakfast for two. Then, there’s the whimsical four-poster bed – and the jacuzzi. Need more romance? Make your way into the extraordinary three-storey Victorian conservatory and watch as the roof slides open to reveal a starry sky.

This is a rewrite of an article originally by Carina Claassens.

Keep busy in Johannesburg with some classic experiences, or explore some more unique ways to discover the city, before relaxing at one of the best cocktail bars in the heart of Jozi.