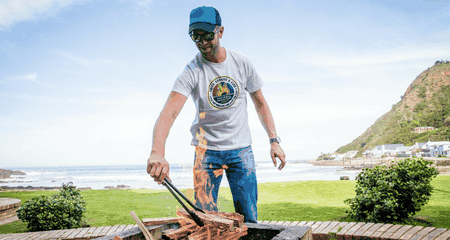 Jan Braai doing what he does best | Courtesy of Jan Braai

Each year, on September 24, South Africans celebrate Heritage Day by commemorating the plethora of cultures and traditions so evident in this diverse country. One of the many ways to celebrate is by lighting a fire and spending the day outside doing what South Africans do best: braaing. Jan Braai has perfected the art and has become synonymous with the term, travelling the length and breadth of the country getting to know its diverse peoples while sitting around a fire.

Jan Braai started off in financial services but a generic nine-to-five quickly lost its charm. He decided to do the unconventional thing and follow his passion for food and his love for his home country. He’s become a well-known brand, with his own television show where travel meets food, a few cookbooks and a large social media following.

What does Heritage Day mean to you?

It’s the one day a year specifically set aside to celebrate South Africa’s heritage and, in turn, to create a shared heritage for the youth and the future of the country. For more than a decade the National Braai Day initiative has been calling on all South Africans to unite around a fire, share our heritage and proudly wave the South African flag.

How do you normally spend the day?

You’ll definitely find me around a fire. I typically braai boerewors for breakfast, chicken or fish for lunch, and chops, steak and a potjie for dinner.

Tell us more about the Braai vir Erfenis (Braai for Heritage) initiative.

We founded the initiative in 2005 with the aim of cementing September 24 (the Heritage Day public holiday) as South Africa’s national day of celebration, similar to St Patrick’s Day in Ireland or Thanksgiving in the USA. Heritage Day is often referred to as Braai Day, and we want it to be a day filled with countrywide celebrations to connect people to the country they love. 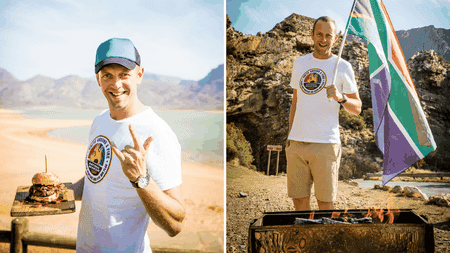 What makes braaing such an integral part of South African culture?

It’s an integral part of human development and thus our DNA. Homo Sapiens have been cooking meat on fires for thousands of years and it’s evolved over the years to change the way the world cooks. There is a deeply emotive thing about standing around a fire; the light, the warmth, the smells of the smoke and food, the conversation and traditionally also the safety from wild animals.

Over the past decade I have been very fortunate to braai at some truly wonderful parts of this beautiful country, but the top destinations have to be all the UNESCO world heritage sites in South Africa.

Who’s the most inspiring person you’ve sat around a fire with?

My father and Archbishop Desmond Tutu. 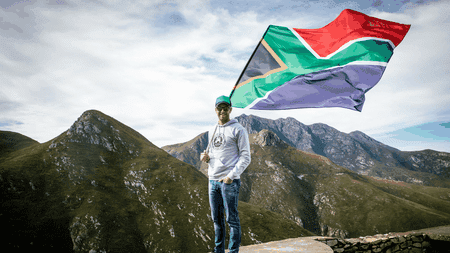 Having travelled through South Africa and braaied with as many locals as you have, has your perspective of the country changed at all, in which ways?

I’m very positive and patriotic about the future of South Africa. Since starting the Jan Braai project I’ve definitely become more relaxed, essentially I’m a nicer person, and as a bonus I’ve picked up many braai tips and advice!

What does it mean to have Emeritus Archbishop Doctor Desmond Tutu as patron of the National Braai Day initiative?

It’s natural to doubt yourself and what you’ve dedicated your life to, but in those moments I take solace in the fact that Desmond Tutu, in all his wisdom, supports and encourages me in every way. It’s no easy task uniting a population as vast as South Africa’s around a fire one day per year, so having his support is very humbling and a daily source of inspiration.