How You Can Get Involved in "Mandela Fridays" 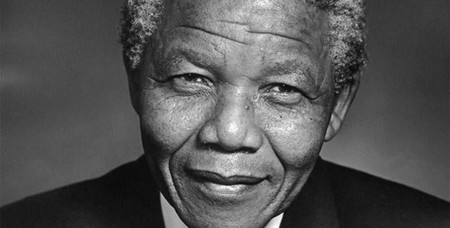 Nelson Mandela left an indelible mark on South Africa and the world at large | © lasanta.com.ec / Flickr

On July 18, 2018, the world will celebrate the life of struggle stalwart Nelson Rolihlahla Mandela, 100 years after his birth. Many events and initiatives will lead up to the celebration, one of which being #MandelaFridays.

The 2018 centenary program will celebrate the life and times of former South African president Nelson Mandela. At its core, the celebratory program is all about promoting and building a better future for humans across the globe and includes art showcases, exhibitions, stage productions, films, sporting tournaments, literary initiatives, and more.

Every last Friday of each month will be known as Mandela Friday, and South Africans, as well as the international community, are encouraged to join in and make a difference. It’s all about sharing the love.

The Minister of Energy and Chairperson of the Inter-Ministerial Committee on the Centenary Celebrations of Mandela and Albertina Sisulu (IMC), Jeff Radebe, says that #MandelaFridays aims to remind all citizens about the power of selflessness, human service, giving, and the spirit of ubuntu (humanity). He encourages society at large to commemorate the #Mandela100 celebrations through social activism and by observing every last Friday of the month.

Minister Radebe: We encourage everyone from across the world to join on and show their support for #MandelaFridays on social media platforms.

How to get involved 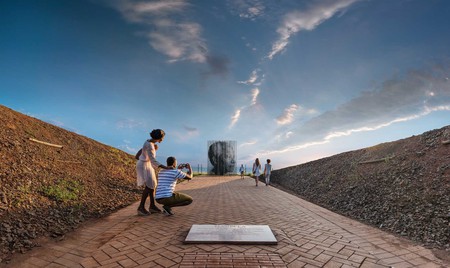 Former President Nelson Mandela was the first democratically elected president of the Republic of South Africa. During his inauguration, an IMC press release states that he said “we enter into a covenant that we shall build the society in which all South Africans, both black and white, will be able to walk tall, without any fear in their hearts, assured of their inalienable right to human dignity—a rainbow nation at peace with itself and the world.”

This is exactly what the Nelson Mandela centenary initiative and #MandelaFridays are all about. For those who want to actively get involved, the IMC compiled a list of activities the public can join in on. These activities include buying a book for a child to promote a reading culture; funding a school uniform for a learner in need; hosting lectures, seminars, and round-table discussions about Mandela’s values; visiting orphanages or donating to them; planting food gardens for the less privileged, and on.