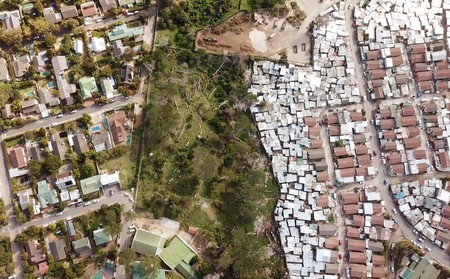 South Africa is one of the most unequal countries on Earth. Many of the country’s present-day issues stretch back to apartheid, particularly when it comes to spatial plans that put black South Africans on outlying, often inhospitable land.

Cape Town remains deeply divided, even though South Africa is more than two decades into democracy. According to the University of Cape Town’s National Income Dynamics Study, one third of South Africans are trapped in severe poverty. In recent years, an estimated three million people have become impoverished. 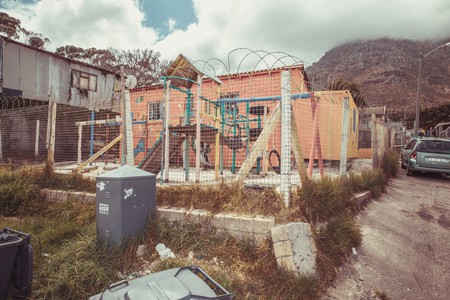 Although poverty in rural areas remains the highest in the country, where 80% of the population live below the poverty line, the problem has not escaped urban centres like Cape Town. The most visible representation of this inequality is in the spatial planning that lingers in suburbs and informal settlements across the city.

Under apartheid rule, Cape Town was specifically designed to keep racial groups segregated. Black people were forced out of the city and nearby suburbs like District Six, and forced to live on land in the Cape Flats region, a sandy, windswept stretch several kilometres from the CBD.

On the surface, Cape Town today may appear to be harmonious and progressive, but many of these spatial planning decisions still impact the city’s residents. Given how apartheid constructed wealth and class based on race, many of these divisions are still rife. 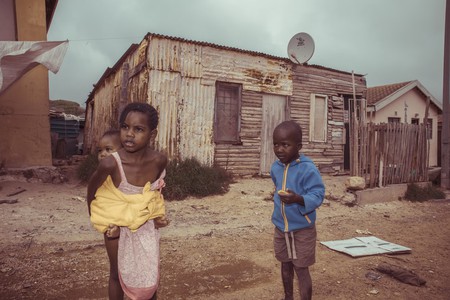 Whilst residential suburbs have not been officially racially segregated for more than two decades, those who were historically wealthy – the vast majority being white – continue to gain wealth and stretch the divide. Because of this, many historically white suburbs in Cape Town remain as such today, with working-class black families unable to afford the high cost of living in these neighbourhoods.

Next door to many white suburbs are primarily black townships. You will encounter an area with running water, electricity, street lights and paved roads, while located behind a large wall or a vegetative divider will often be an informal settlement with very little infrastructure. Informal settlements are often modest tin shacks, and are built on barren land.

An uncomfortable mirror on the city’s reality

Many people under apartheid had to travel long distances from their hometowns in order to find work. Thousands settled in what were labelled “townships”– essentially large informal housing areas – on the outer limits of big urban centres like Cape Town. Although apartheid-era pass laws, which banned black and coloured people from living in white suburbs, are obviously no longer in existence, many people still follow this trend in search of work. These days, however, there are more informal settlements, many of which are developing closer to the urban centres, such as that of Imizamo Yethu, which borders the leafy, predominantly white suburb of Hout Bay.

People living in the informal settlements that neighbour wealthy suburbs often work for the city’s wealthiest – usually in the form of housework or garden care. Others live in these settlements because of proximity to other work, or because they simply have no other viable housing options.

Although official segregation between races ended with apartheid, it’s clear that in a city like Cape Town, there is a growing divide between the city’s richest and its most impoverished. Nowhere is this more jarring than in the city’s homes, which still bear all the remnants of apartheid-era spatial planning. 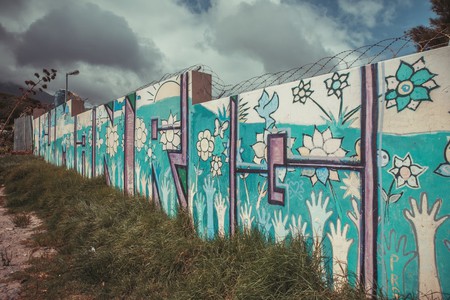