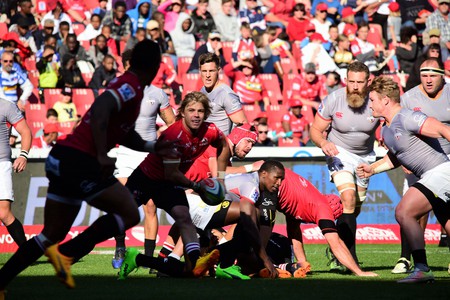 South Africa is losing two Super Rugby teams in next year’s tournament. In 2018, the format will contract from 18 teams to 15 for the first time since 2015—an additional team outside of South Africa will also leave Super Rugby—and the Cheetahs and Southern Kings will be packing their bags for the Northern Hemisphere to join the Pro12 League.

The move by SANZAAR (South African, New Zealand, Argentinian and Australian Rugby) comes as the organisation looks to simplify the bloated and confusing tournament. The move is a direct response to a dip in viewership numbers and live-match attendance figures, but some argue that it’s coming at the expense of rugby development in Australia and South Africa—two of the tournament’s founding countries.

Rugby fans in South Africa seem to agree that the tournament had lost its way in recent years. The confusing 18-team system meant that Super Rugby followers had to apply themselves every season to figure out how the points system worked. Many also complained that it guaranteed knockout spots for teams that didn’t deserve them. 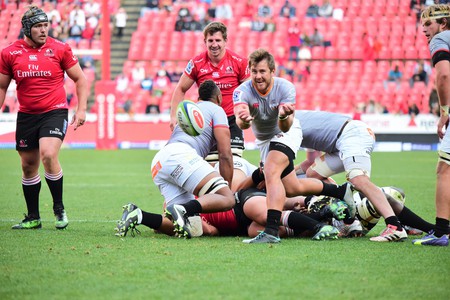 Even so, it appears that fans and officials on the ground are not convinced that the cuts are in the best interest of the game.

Outspoken Lions’ coach Johan Ackermann, whose team faced a similar predicament a few years back, says it’s a sad day for the two unions axed from the tournament.

Ackermann echoes the many’s thoughts that the tournament was at its best when it didn’t include the teams from Argentina and Japan.

“Maybe we should’ve gone back to the old way and cut the Argentinian and Japanese sides out. Why must they get a freebie after one season or two seasons?”

Some fans in South Africa share Ackermann’s sentiment. Though many argued the three-country format put South Africa at a disadvantage at the time—owing to exhausting-travel requirements—Super Rugby was at its peak popularity during the early days when twelve teams competed for Southern-Hemisphere glory.

The expansion to new territories and inclusion of more teams, some of whom have performed poorly, has frustrated fans. But it seems unlikely that SANZAAR will revert all the way back to the original system. The move to include teams from Argentina and Japan was an obvious attempt to expand interest in the game and increase profitability in new markets.

It’s also easy to argue that the new moves are putting profits ahead of development. Matt Hodgson from Australia’s Western Force, another team facing a similar predicament, recently welled up with tears when talking about the strides the team has made and the sport’s future in Western Australia at a press conference.

“I probably wouldn’t have played Super Rugby if the Force didn’t turn up. They’ve given me 130 odd caps now and set up my life here. When I first came over I was doing rugby clinic for young kids, now I’m playing alongside them. Now they don’t have that opportunity if we’re gone.”

The Southern Kings have made similar strides in South Africa’s Eastern Cape Province. In just three years, the Kings have shown impressive growth in what many claim is an untapped goldmine for young rugby talent.

With South Africa still struggling to meet transformation goals in rugby, the new emphasis on the sport in this previously neglected region was starting to produce results.

According to Kings coach, Deon Davids, their three years of hard work was just starting to pay off.

“A lot of the (Kings) players grabbed their opportunity and I am convinced some of them can play for the national team. There are others who will gain from the exposure in a competition like this.” 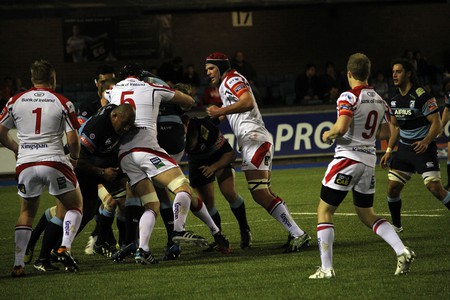 Kings COO Charl Crous says that the Kings’ exit from the Super Rugby does not signify doom. “Rather,” he said, “it’s the dawn of a new, promising and exciting era for Eastern Cape rugby.”

With local franchises and fans left with no choice but to accept the decision, most appear to be focusing on the positives. Some have also taken to social media to argue for a more competitive north-south competition, rather than the restrictive Southern-Hemisphere Super-Rugby format. This does away with timezone and travel issues, and it could arguably produce more compelling rugby.

Though the rivalry between Northern- and Southern-Hemisphere rugby at the highest level could become a reality for more than just the second-tier teams, it gives the two struggling South African teams a new lease on life. Fans of these franchises have some exciting-international fixtures to look forward to in 2018.