From afar, and often within, South Africa appears a divided nation. But it doesn’t take a lot to bring its people, cultures and languages together. Though the country’s hosting of large sporting events is perhaps the most obvious example of how the country is able to unify, music has played a critical role in helping the country to embrace its multilingual and multicultural identity.

South Africans have used music to heal, conquer and unite for many years. When South Africa went through the euphoric process of democratisation in 1994, music played a pivotal role. After years of apartheid rule that sought to divide and conquer, there was an extended period of unprecedented national unity – and suddenly the airwaves started to crackle with songs in languages many had never heard commercially, or even publicly.

But under the guise of the ‘Rainbow Nation’, the country was able to distil years of suffering and oppression, and myriad languages and cultures, into a single, catchy moniker. Though the intentions behind the movement were indeed good – that it was a nation united in its diversity – it also served to sweep several important issues under the political carpet and allowed many people to avoid the harsh realities of reconciliation that still lay ahead. 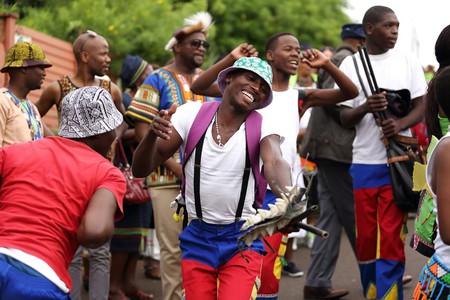 Spend time in the country’s major cities and there’s a good chance you’ll primarily hear English at businesses and other commercial operations. But the reality is that many South Africans are multilingual, and less than 10% of the population speak English as a home language.

The other 10 official languages (Zulu, Xhosa, Southern Sotho, Afrikaans, Tswana, Northern Sotho, Venda, Tsonga, Swati, and Ndebele) have much greater prevalence at homes throughout the country, and this adds significant depth and diversity to the country’s music. As such, much of the country’s most popular musicbis in one or more African languages, each bringing with it its own cultural references.

Though modern musicians have worked several languages into seamless tracks, there are often challenges when it comes to shoehorning various languages into one coherent song. Nowhere is this more obvious than in the South African national anthem. A dramatic pause and tempo change between the Sesotho and Afrikaans verses created embarrassingly uncomfortable chuckles for many years as the anthem appeared to allow Afrikaans singers the momentum they needed to restore the language’s place on the national stage. Some have suggested the Afrikaans and English be removed entirely, and that the shift in tempo and the placement of English and Afrikaans are problematic; however, it remains a powerful song that today retains much of its initial impact. 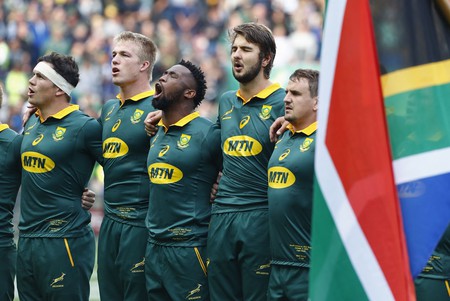 Despite the multilingual anthem and the adoption of several official languages, music in South Africa has had to overcome deep-rooted divisions.

Under apartheid, music radio stations were divided along language lines, often simply with Afrikaans, English and a mix of African languages as available options. These language splits are still visible today. It took until the early 2000s, many years after the advent of democracy, for 5FM, an English-speaking radio station, to play an Afrikaans song on air. Fokofpolisiekar’s Hemel op die Platteland was the first Afrikaans song officially added to the station playlist and it almost instantly rose to the top.

But as recently as February 2014, artists were complaining that music on 5FM was anything but inclusive. An open letter by popular musician Kwesta argued that most still considered the radio station to be a ‘white station’.

‘As a public broadcasting platform that is regrettable and unacceptable,’ he wrote. ‘I’m trying to bridge the racial divide as far as my music is concerned by giving the township perspective to an audience that was raised to fear the ‘hood and its black people, and at the same time to [assist] those of us grappling with the inferiority complex that comes with knowing that we’ll have to find our place in a “white man’s world”.’

The rise of multilingual music in South Africa

Although commercial playlisting may still be an issue, many musicians are pressing on in spite of the challenges. Much of South Africa’s most diverse, creative and popular music has emerged from its townships, including the likes of hip hop, house, kwaito, and gqom. These melting pots for various cultures and languages have leant themselves nicely to massive unifying hits. 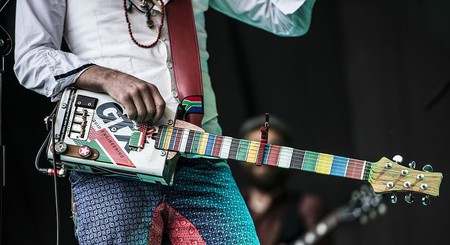 Bands such as BCUC and The Brother Moves On have used language and cultural identity more subtly to build strong followings across divides. BCUC claim not to have done so as a deliberate move, but rather as a result of their multicultural and multilingual upbringing in Johannesburg’s Soweto. More deliberately, The Brother Moves On often make use of made-up languages or lyric-less songs to transcend the divides. Regardless of approach or intention, it’s clear that their high-quality music is often able to transcend language altogether.

Though some radio stations are still not fully embracing the notion of music in multiple genres and languages, many bands are drawing on the fact that multilingual music was around long before music became commercial. It’s been used at important events for many years, bringing people together regardless of whether they know the intricacies of each of the words.

Creating music that incorporates several languages may be a complex process, but many South African musicians have risen to the challenge and produced songs that are more than just catchy tunes – they borrow from multiple histories and cultures to create truly unifying music that embraces South Africa’s multilingual identity without compromise. And now more than ever, commercial channels are opening up to these musicians and finally starting to shake some of the divides that have been in place for far too long.

Meet the Faroese Rapper Spitting into a Sea of Clichés

11 Fascinating Things You Didn’t Know About the German Language