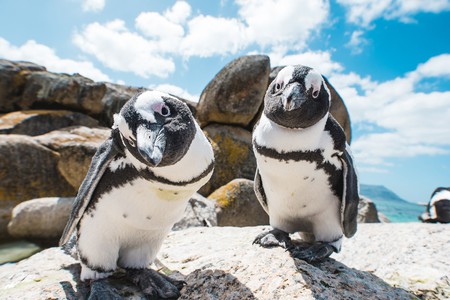 Visiting Cape Town’s land-based colony of African penguins sits comfortably in the top 10 recommended things to do in the city. However, not many visitors to Boulders Beach realise just how threatened these birds are, and how much hard work is going on behind the scenes to ensure their survival.

As one of only two land-based colonies in the Cape, Boulders Beach allows visitors to see the penguins up close, so it’s understandable why it’s such a popular attraction. To a typical visitor there appears to be little need to worry about the birds; on most days there are a few dozen waddling about on land and darting through the clear shallows. But according to BirdLife South Africa’s Coastal Seabird Conservation Project Officer Andrew de Blocq, the penguins are in “crisis mode”. 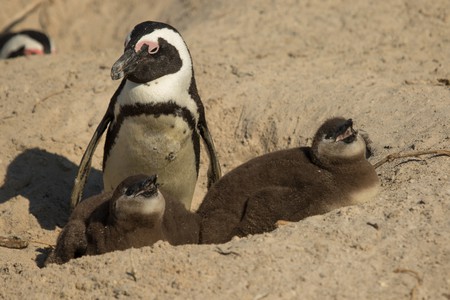 “African penguins have been classified as endangered on the official Red List since 2008. Since 1900 we have lost 99 percent of ‘pristine’ populations,” says de Blocq. “More worryingly, perhaps, is that we have lost almost two-thirds since the turn of this century. That’s more than three perent per year.”

So dire is the situation that experts warn that African penguins may die out within our lifetime.

“It’s clear that on the current trajectory the species is heading towards extinction,” says de Blocq. “I personally don’t think it will happen quite that quickly, but without serious interventions the future is bleak indeed.” 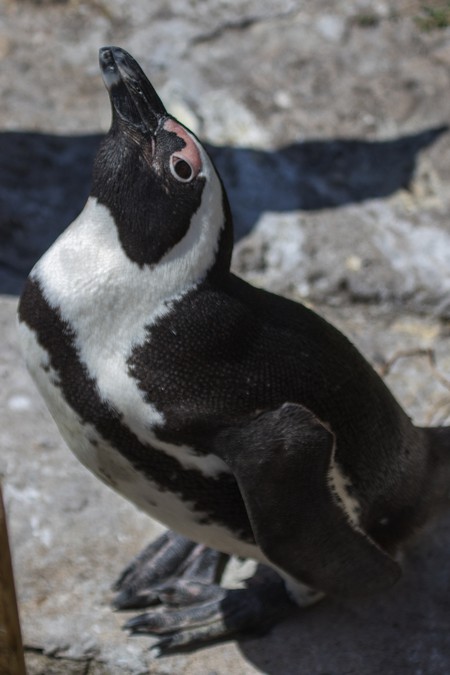 The reason the birds are struggling is primarily because of dwindling food sources close to their colonies, and BirdLife South Africa is attempting to intervene in order to protect the future of the species.

According to de Blocq, African penguins rely on small pelagic fish, which in the Cape is mostly sardine and anchovy. These species were once highly concentrated around South Africa’s west coast, but pressure from fishing and changes in local climates have caused these to shift further south – closer to Cape Agulhas.

Although it might seem logical for the birds to move towards areas where their natural diet is in abundance, de Blocq says it’s not quite so simple.

“The penguin colonies on the west coast are stuck, as there are no suitable breeding sites [with sufficient fish] nearby,” he says. “So birds are fishing a depleted stock, and competing with the fishing industry.”

The decreasing food supplies mean that parents are often forced to abandon their eggs and chicks in order to go in search of food – an understandable approach, but one that threatens the livelihood of the species.

“This is a sensible strategy under these circumstances because they can breed again later,” says de Blocq. “Whereas there is a decent chance that either they will die trying to sustain themselves and their offspring, or the offspring may not reach sexual maturity itself.” But, according to de Blocq, “If this generation of breeding adults doesn’t succeed and then dies out, there will be a severely depleted pool of breeding birds.” 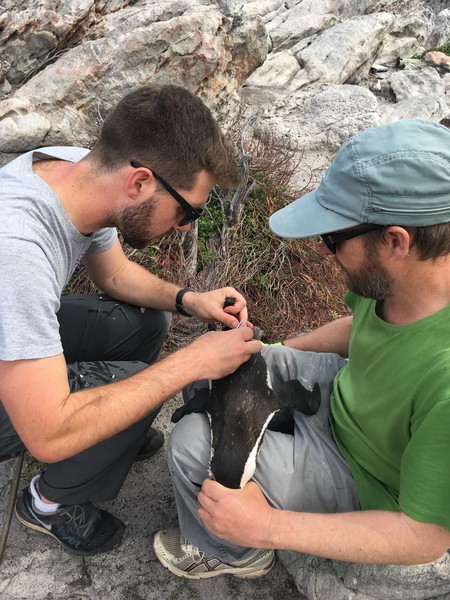 Penguins chose the site of the new colony

One way to overcome this dilemma is for conservationists to establish a new colony closer to the food sources, which, if successful, will be a world first for African penguins.

“One of the challenges is finding a suitable site, but in our case, it was chosen for us by the penguins,” says de Blocq. “In 2006 there were a few pairs that attempted to breed at De Hoop Nature Reserve. The colony failed because of predation from terrestrial species; leopard, caracal, genet and mongoose were the most likely candidates. But the fact that the birds bred here already means that the site is suitable, and our new predator-proof fence will eliminate that threat.”

With the new site selected, the next big challenge is getting the birds there. For this BirdLife South Africa is employing some slightly deviant tactics – by using ‘passive attractants’ such as decoys and penguin soundtracks.

The decoys they have created are also slightly fatter and sleepier-looking than normal, in order to suggest to the arriving penguins that food is plentiful and the colony is safe – a strategy de Blocq says has worked well elsewhere for other seabird species.

“What these decoys do is mimic the existence of a real colony,” says de Blocq; a clever trick that they hope will attract new inhabitants. 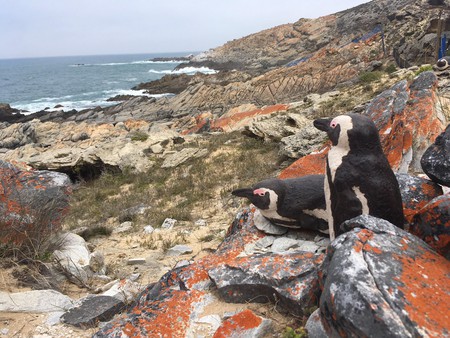 Tracking the birds via GPS

At the same time, de Blocq has been carefully monitoring the movements of certain penguins with GPS tracking devices in order to monitor non-breeding activity.

“Penguins have to come ashore for three to four weeks to fully replace their feathers once a year, during which time they lose up to half of their body mass,” says de Blocq.

For obvious reasons, birds need to fatten up substantially before moulting and then replenish lost fat reserves quickly in order to survive the process.

“We think there is a significant mortality happening after moulting,” he says, “as the declines in the population cannot be accounted for just by breeding failure.”

In order to monitor the impact of this moulting period, they fitted certain birds from colonies on Dassen Island and Stony Point with GPS devices, and they used the results to ensure the new colony location is in the birds’ best interests.

According to de Blocq, their tracking work pre- and post-moult has revealed that many of the birds are swimming upwards of 400 kilometres east from their breeding colonies to forage off of De Hoop and Stilbaai, where fish are more abundant, before returning west to moult.

“This shows that if penguins take up residence at our new De Hoop colony they should see significant benefits in reduced foraging effort to access food both within and outside of their breeding season,” de Blocq says.

Hurry up and wait

The new colony is now ready – the team has installed predator-proof fencing and placed the decoy penguins that will hopefully make the real ones feel at home. There’s also a remote camera monitoring system to keep an eye on the birds. But for now it’s pretty much a waiting game.

“It may be a couple of years before we have penguins actually breed here,” says de Blocq. “It is not a quick process, but if there is a successful colony in a few years then the investment will be well worth it!”

Although the initial stages of the project have already been funded, the upkeep costs are significant – so any visitors who feel passionate about the longevity of the African penguin can donate to the project to improve its chances of ongoing success.

The team will also provide updates about the new colony via their social channels. If you’re eager to find out if or when the penguins set up home in the new colony, you can follow BirdLife South Africa on Facebook, Twitter or Instagram.