How Port Elizabeth Was an Inspiration for Athol Fugard's Plays 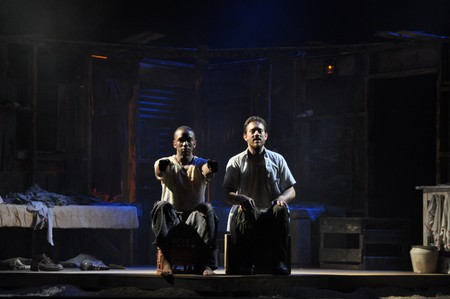 The Port Elizabeth plays of renowned South African playwright Athol Fugard are imbued with thought-provoking dialogue that delves profoundly into the effects of apartheid and the intricacies of human relationships. Find out how growing up in Port Elizabeth inspired some of Fugard’s most acclaimed works, which are deeply personal and often painfully insightful.

This stage of Fugard’s life is set somewhere in the 1940s, and the middle-class suburbs of Port Elizabeth are his playground. His relationship with his disabled, alcoholic father is strained, the ruling National Party is preparing the groundwork for the imposition of apartheid and his mother runs a tea room in an attempt to support her family. While Fugard’s father shares the prejudices of other white South Africans, his mother is outspoken in her rejection of the unjust system. 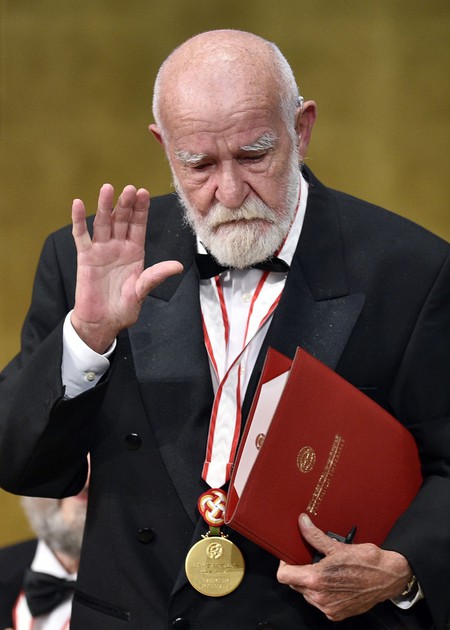 Christened Harold Athol Lanigan Fugard, the future playwright changes his name to Athol and, as a high-school student, begins writing in earnest. He is not yet aware that his mother’s tea room will become the set of one of his most acclaimed pieces of work, while he bequeaths his given name to one of its main characters. The idea of ‘Master Harold’… and the Boys is born. 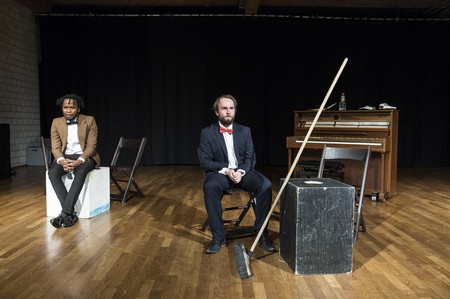 A scene from 'Master Harold' ... and the Boys | © Theater der Künste / Flickr

Fast forward a few decades, and ‘Master Harold’ premiers in 1982, garnering Best New Play Awards from both London and New York critics. Fugard’s longtime friend Zakes Mokae receives a Tony Award for his portrayal of Sam Semala in the play.

The scene now moves to Cape Town, where Fugard studies philosophy at the university. He then hitchhikes through Africa, trying a career as a merchant seaman for a few years, before returning to Port Elizabeth to take up radio journalism. But Port Elizabeth, as well as the rest of white-dominated South Africa, is not yet ready for Fugard’s theatre of humanity. 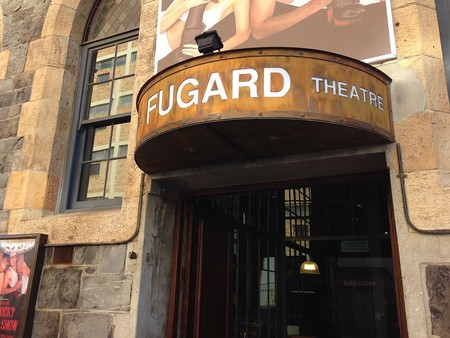 After a stint at the Native Commissioner’s Court in Johannesburg, Fugard becomes intimately familiar with the oppressive passbook system used to control the movements of the country’s black citizens. The playwright feels compelled to put pen to paper, resulting in the play that proves to be the turning point in Fugard’s career.

Blood Knot is set in a poor township shack in Port Elizabeth, the main characters being two mixed-race half-brothers, one classified as coloured and the other light enough to evade the passbook laws. A complex and ambivalent relationship exists between the two, highlighting the uneasy interdependence of black and white South Africa, as well as the human cost of the apartheid system. 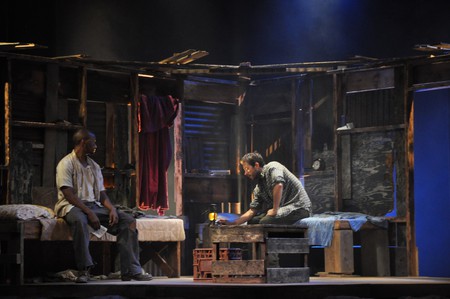 Freedom of movement, or rather lack of it, dominates this scene, as the South African authorities confiscate Fugard’s passport and place increasingly severe restrictions on his work and movements, prohibiting the publication and performance of his plays. The Nationalist government is unwilling to tolerate the depiction of interracial relationships such as those in Blood Knot. Nevertheless, Fugard perseveres and continues inking words with his liberal pen. 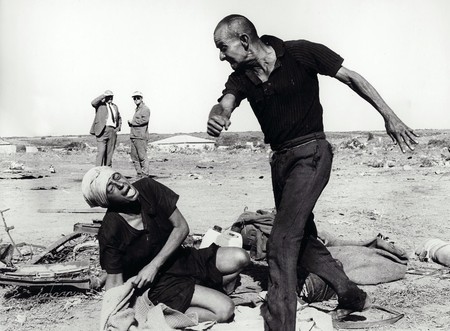 The mood now changes, as the focus pans out towards the Swartkops mudflats just outside Port Elizabeth, where a third poignant Fugard play is set. The main characters stagger into the opening scene carrying all their worldly belongings. Their shack has just been razed by a bulldozer. They are mixed race, homeless and understandably bitter and upset after being forced to move yet again by an apartheid institution that has now reached the peaks of its brutality. Meet Boesman and Lena, inextricably bound together in a complex and ambiguous relationship, and whose dialogue established Fugard as a notable playwright, winning him an Obie Award.

Before the final curtain call, the scene returns to Fugard’s childhood home as he reflects on the cardboard boxes, suitcases, bags and biscuit tins that his compulsively hoarding mother could never throw away. 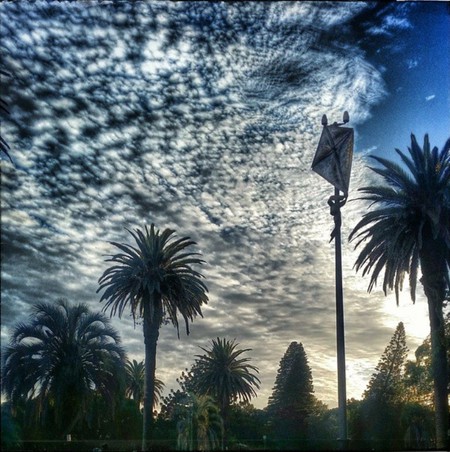 The Athol Fugard Memorial in Port Elizabeth refers the kite in "Master Harold... and the Boys" | © Tyrone Adams / Flickr

Johnnie sits amid the squalor, desperately lonely. His sister arrives. She has come to collect their ill father’s inheritance. But their father is long dead, and Johnnie hasn’t got a cent. His sister leaves; they have no love to share. Johnnie is once again alone, with only his dead father’s crutches as a reminder of his family. Hello and Goodbye ponders a life unfulfilled, while the crutches are a pivotal symbol to Fugard of his uneasy relationship with is father.