How Grandmothers Uplift This Cape Town Community Out of Poverty 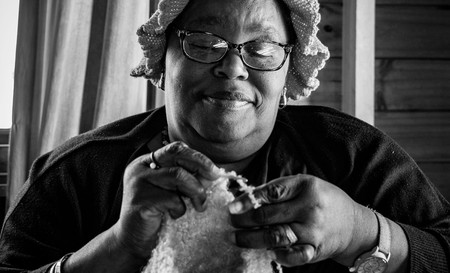 Many South African households are headed by grandmothers who work incredibly hard with little governmental support and assistance. As a result, non-governmental organisation Grandmothers Against Poverty (GAPA) is getting behind this strong group of women to uplift them.

GAPA started as a self-help organisation back in 2001, when an occupational therapist was witnessing firsthand the important role that grandmothers in Khayelitsha, a Cape Town township, were playing in their community. Owing to HIV and AIDS, many grandmothers were becoming the primary caregivers of their children’s children, who were often also HIV positive, and yet they had little social and economic support.

These grandmothers are impressive women. Together with support from the organisation, they’re spreading the word about how to prevent and live with HIV and AIDS, talking at universities and international conventions, and starting small businesses to help lift people out of poverty. They gather regularly at the GAPA headquarters, where they work together with regular volunteers to make a difference to their own lives – a process which is having a trickle-down effect on other members of the community.

The need for an organisation such as GAPA came largely as a result of the impact of HIV, AIDS and poverty, which have had a devastating impact on the structure of many South African families. Because of these issues, a generation of strong, brave and independent women, who have already raised children of their own, have had to remain accountable to subsequent generations.

According to GAPA manager Donovan Adonis, the main issue currently affecting the grannies is poverty. ‘Some of their other struggles include health issues, access to grants, drug influence in their communities and a frustration at not knowing who to turn to for help.’ 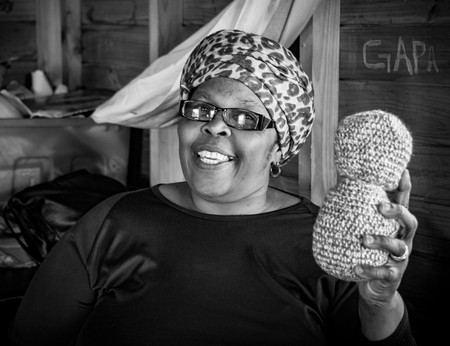 As a result, much of the work that GAPA does is around education, says Adonis. ‘Our program is based on educating the grannies. They come to GAPA to learn how to handle their problems. They are educated around health issues, how to access medical facilities, and we refer them to clinics or other NGOs who are able to assist them. We also offer them a space to share their problems and get advice from others who have or who are experiencing the same issues.’

The focus at GAPA is on education, support and counselling, and they also have programmes to help alleviate some of the economic issues that they are facing. ‘To alleviate poverty,’ says Adonis, ‘we teach them basic gardening and craft skills and also offer an outlet to sell their produce, to enable them to earn extra money.’

It’s clear that the grandmothers who visit this organisation are a special group of women, and that Adonis is in awe of all types of grandmothers, not just those who have endured difficult lives in hard conditions.

‘Grandmothers are special people,’ he says. ‘They have a capacity to love that goes beyond our understanding and appreciation. They love not only their own grandchildren, but all children – especially the vulnerable ones; they have an inbuilt sense to know who is in need of their love and support.’ 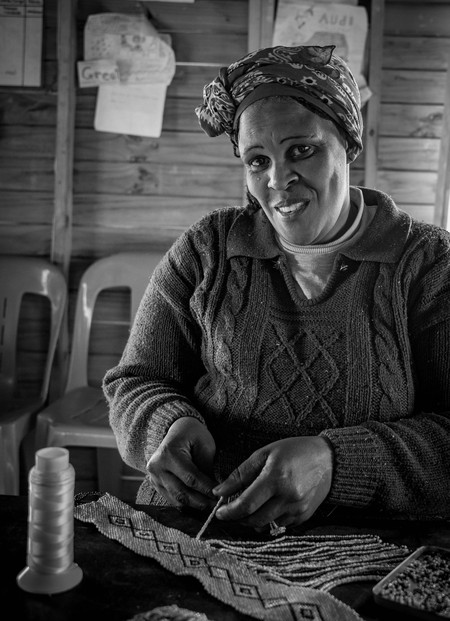 As a result of this maternal instinct, that in the case of GAPA members sees most grandmothers putting others’ interests above their own, they have earned almost universal respect in communities throughout South Africa. ‘Grandmothers hold families together and are extremely resourceful and innovative in times of need,’ says Adonis. ‘They are the backbone of their family and thus the backbone of their communities too.’

‘With grannies who know their rights and the rights of others, they then slowly bring about change,’ says Adonis. ‘Whatever they learn at GAPA they take back to the families, who then benefit from their experiences, and in turn their communities too.’ 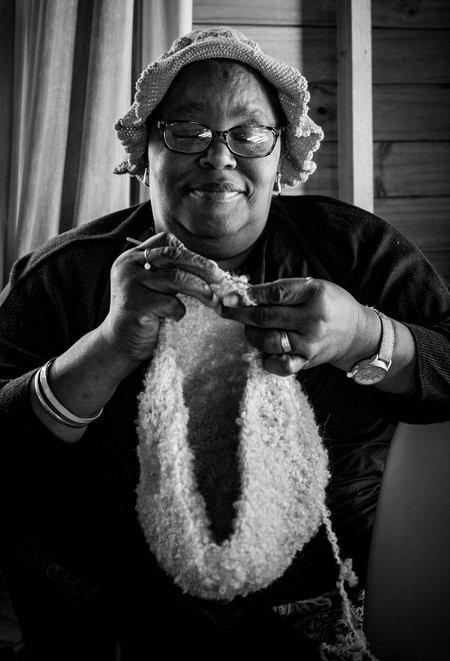 The GAPA headquarters is also open to volunteers, which allows for cross-pollination of thoughts, ideas and education across age, race and wealth divides. Volunteer organisation African Impact places young people from around the world at GAPA, many of whom enter with the intention of helping the grannies, but leave invigorated by the women’s spirit. 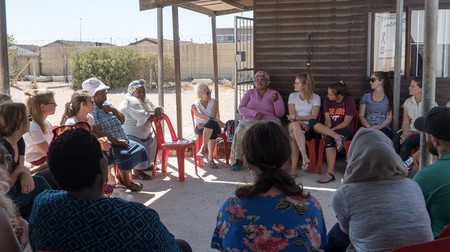 According to Adonis, in spite of the difficulties that many of the grandmothers continue to face, the spirit at GAPA’s headquarters in Khayelitsha is remarkable.

‘The mood around GAPA is always a positive one because of the resilience of the grandmothers,’ he says. ‘They are so positive about life and have a belief that something positive will always happen at GAPA – they see it as a place of healing – a place where their tears will turn to laughter.’ 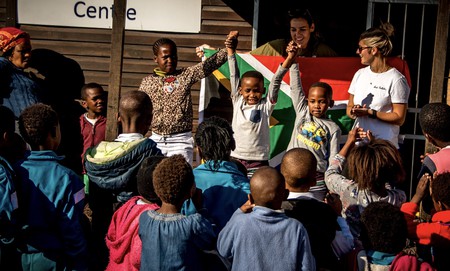 Although there is still a long way to go in South Africa before people like Donovan Adonis will rest easy, he too remains positive.

‘Our grannies are not educated people, but they know their rights and they know their self-worth and they are fearless,’ he says. ‘Last year, two of them went to Canada for a book launch – they appeared on national television there and took it all in their stride. Two of them recently joined a discussion panel at WITS University with lawyers, lecturers and human-rights activists, and they were able hold their own. At a recent World Conference for Occupational Therapists, attended by almost 3,000 delegates, two of our grannies spoke about how Occupational Therapy influenced GAPA – both of them received a standing ovation after their talks.’

Because of the hard work by people like Adnois, volunteers and, most importantly, the incredible spirit of the grandmothers who remain positive in spite of difficulties, momentum is picking up in the fight against poverty and AIDS.