How Cape Town's Water Crisis Is Inspiring Its Artists 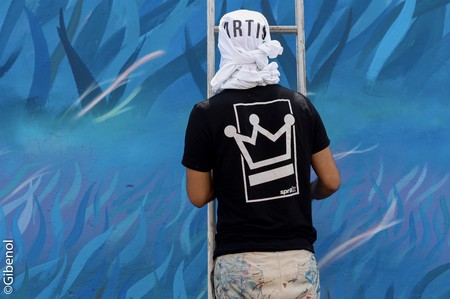 Cape Town’s water crisis has grabbed headlines around the world, and though much of this commentary is underpinned with negativity, one exhibition has shown how artists can use a disaster such as this to serve as both inspiration and education.

In an attempt to highlight how dire our need for water is, and how dependent residents and visitors of a city like Cape Town are on water as a natural resource, Baz-Art decided to focus its theme around the topic and inspire artists to draw on the drought in their nine-day International Public Art Festival.

The IPAF takes place in the city’s Salt River suburb, and inspired by the dominant theme of water, drought, and the importance of nature, they set this year’s theme as, ‘Nature doesn’t need us; we need nature.’ The resulting murals from a selection of local and international artists brightened up a Cape Town suburb, and also offered new, inspirational perspectives on an issue that has dominated the national dialogue for several months: the drought.

ROA is one of the world’s most celebrated street artists, and much of his work tackles issues relating to nature and wildlife. The Ghent-based artist creates murals of animals that are endangered or close to extinction, and for the IPAF he drew inspiration from the Cape pangolin. The animal is among the most trafficked in the world, and is exploited for its skin, which is used for high-end fashion items. In spite of the rapid exploitation of the pangolin, not many people are aware of its dire state, and it is this that ROA attempted to portray in his large mural in Cape Town. 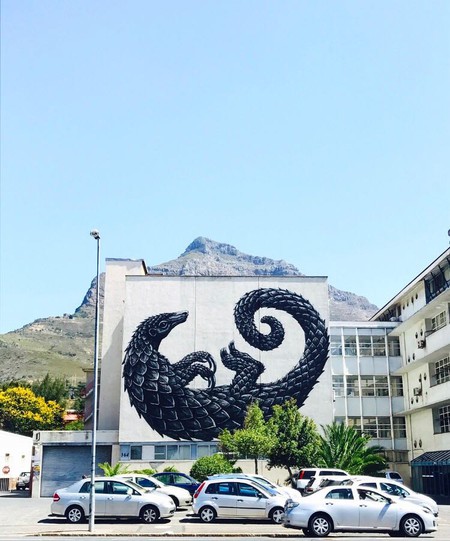 Jesse Yende, better known as the South Africanist, has occupied several positions in the art world, from fine-arts coordinator to set designer. Currently running his own project called Taste My Waffle, he has refocussed his work on creative endeavours, including design, music and illustration, that unite and inspire South Africans. 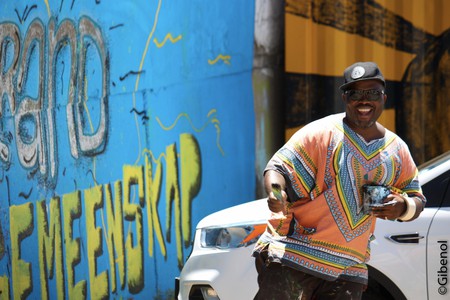 The South Africanist’s contribution to the International Public Art Festival illustrates the perfect design of nature, and how humans should not interfere with it. His slogan, ‘Be mothoo grand in die gemeenskap,’ incorporates four different languages, to highlight the multilingualism of South Africa. 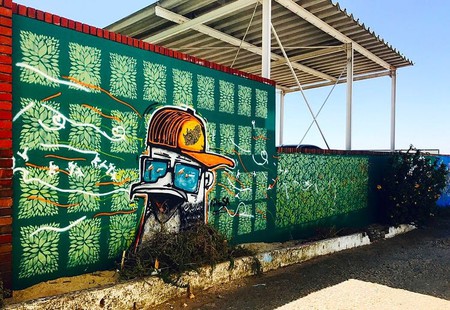 Lucas Aiko has Japanese roots, but was born in Argentina and now lives in the United States. Aiko has always found inspiration in nature, and has been painting large-scale murals for more than 10 years. He uses vivid colouring to create surrealist artworks that are seemingly from another world, and yet are rooted in everyday issues relating to humans and nature, and the relationship between the two. 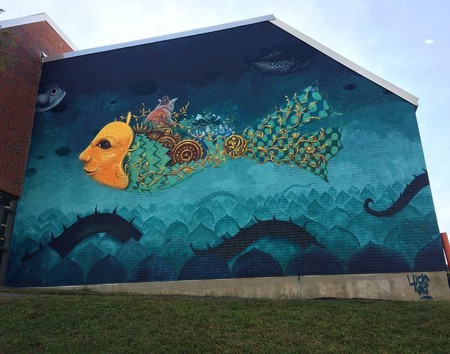 Aiko’s mural for IPAF uses shades of blue to symbolise water and life in a mystical manner. His intention was to highlight the issues of materialism and the overconsumption of water.

Julia Rio is based in Stockholm, Sweden, and she entered into the art world via her passion for crochet and knitting. She’s launched a environmentally friendly knitwear label, and much of her work now uses the process of yarn bombing – creating murals by knitting and crocheting, rather than using paints.

Her artwork for the IPAF, entitled, ‘You, me and the sea,’ is symbolic of the life-bearing properties of water. She draws on turquoise to portray water found on beaches, streams and rivers, and triangles to portray the godlike qualities of water, as detailed in the study of alchemy in which an inverted triangle symbolises water, the source of all life. 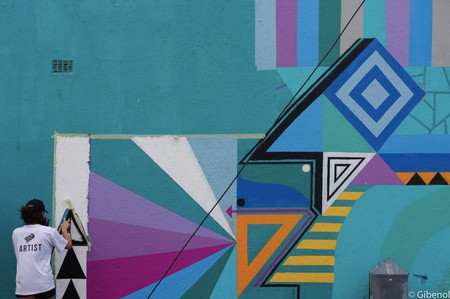 Julia Rio | © Baz-Art
Give us feedback