How Cape Town Has Become a Mountain Biking Mecca 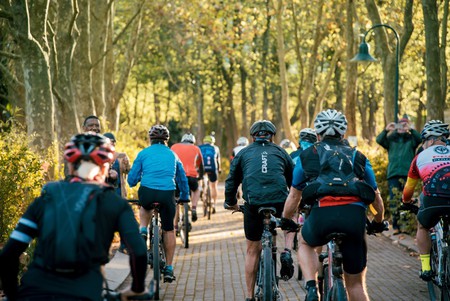 Cape Town is famous for its many outdoor sporting activities, and recently, the city has been taking advantage of the incredible natural beauty of the area – and its notorious mountains – in a new way. In recent years, a selection of new mountain biking trails has opened up, spreading from Cape Town’s city centre across the far reaches of the province.

Given the city’s huge supply of scenic drives and hiking trails, it’s hardly surprising that over the years, Cape Town has attracted some of the most popular sporting events in the world. 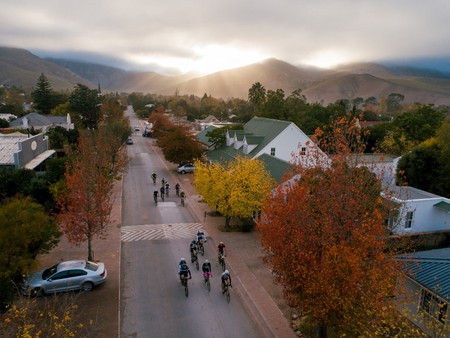 The annual Two Ocean’s Marathon is one of the most popular of its kind around the world. Its cycling sibling, the Cape Town Cycle Tour, is the world’s largest individually timed cycle race, with as many as 35,000 cyclists lining up each year to ride more than 100 kilometres (62 miles) across the peninsula.

There is also a slew of new trail running events catering to both professional and amateur racers. The most iconic, and challenging, of these is the Ultra-trail Cape Town, which comes in four distances, right up to a monstrous 100-kilometre (62-mile) Ultra-trail.

But in recent years it’s been the sport of mountain biking that’s put the city in the crosshairs of riders around the world, and a marked focus by off-road enthusiasts and city officials has seen new tracks springing up on the ideal terrain. 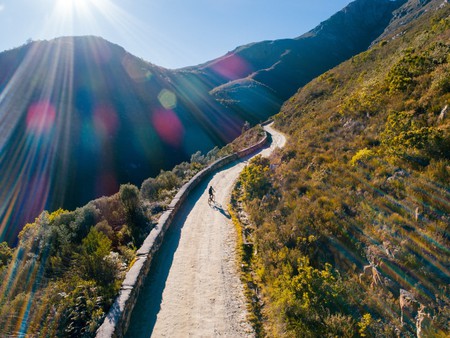 The shift towards mountain biking started with the opening of the Cape Epic. It’s a gruelling mountain bike stage race that has earned the moniker the Tour de France of mountain biking. The race quickly attracted some of the world’s best mountain bikers, and even some non-cycling celebrities have put themselves through the paces of one of the most trying races on the planet.

The Cape Epic’s difficulty, and the steep entrance and equipment fees, exclude many people from entering. But in recent years administrators have worked to create more inclusive off-road cycling routes, both in the city and across the entire Western Cape province.

Most of these routes are free to ride and expertly maintained, and serve up some of the most challenging and thrilling riding imaginable. The selection of Cape Cycle Routes started with the flagship Cross Cape route, a free, multi-day route that is open 365 days a year and connects the towns of Stellenbosch and Plettenberg Bay by way of 742 kilometres (461 miles) of scenic trails and farm roads.

This family of routes has since grown to include the new Cederberg Circuit, and a road option that connects the V&A Waterfront to Cape Point Nature Reserve. 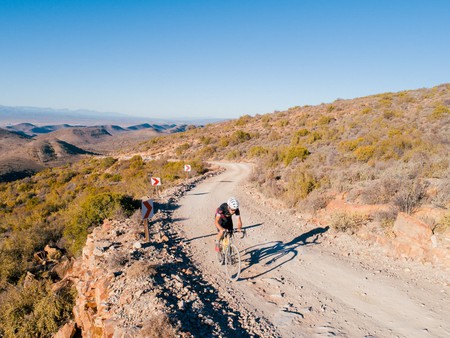 Trails opening up on Table Mountain

Closer to the city, a small team of dedicated riders called Table Mountain Bikers (TMB), headed up by Robert Vogel, have been opening up routes across some of Table Mountain’s most scenic trails. Robert founded the organisation after a spate of bike hijackings on the mountain, but instead of hiding away he decided to be proactive about the situation.

“I decided, rather than stop riding there, I would try and bring cyclists together to get to know each other,” Robert says. “Table Mountain Bikers became a platform where riders could meet each other and organise rides together.”

He marked out popular routes on the mountain and published a map to help cyclists find their way around the trails.

“TMB then started advocating for more trail access and encouraged riders and other users to not abandon the mountain, but keep using it and squeezing criminals out.”

The group now has four regular group rides per week, and they get together using social media to ride over the weekend.

The ongoing work of TMB meant that in December 2016 , after three years of hard work, they managed to get a number of trails opened up to cyclists that had been previously restricted to foot traffic, which has greatly extended the trail network around the city. 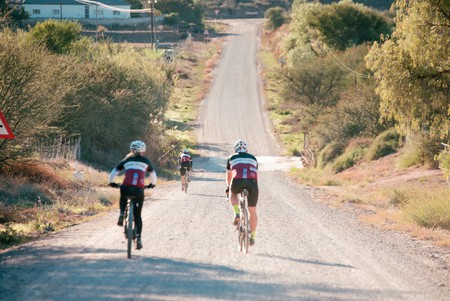 There are several other organisations and individuals who’ve worked alongside the likes of Vogel and Wesgro to develop the sport in the city.

“From Cape Town you can reach Tygerberg trails, Bottelary Hills, Stellenbosch, Paarl – all within a 45-minute drive,” says Vogel. “An hour away is the Elgin Valley, where you have four separate trail systems to enjoy. Another 30 minutes from Elgin, you have the Indian Ocean coast and the town of Hermanus, where there are even more trails to ride. The Cape really is a mountain bike paradise.”

What this means is that there’s a mountain bike route available to fans of the sport in and around the city, regardless of their skill level. And given the sheer natural beauty waiting to be discovered on the mountains, it’s no surprise that the city has quickly risen to the top of many mountain bikers’ bucket lists.