Heritage Status in Cape Town: The Fight for the Bo-Kaap 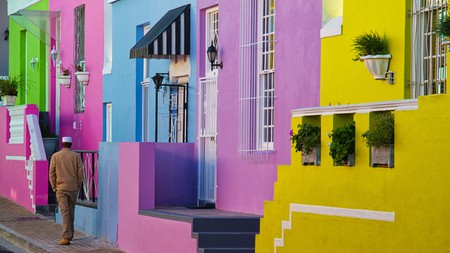 Specific parts of the Bo-Kaap neighbourhood have been by granted official heritage status, offering it protection from developers | © Mario Moreno / Alamy Stock Photo

The brightly coloured Bo-Kaap neighbourhood, located on the lower slopes of Signal Hill, is famous for its local delicacies, predominantly Muslim population and thoroughly Instagrammed houses and streets. It’s a must-see attraction for visitors to the city, and most tourists and residents of Cape Town think they understand the area. 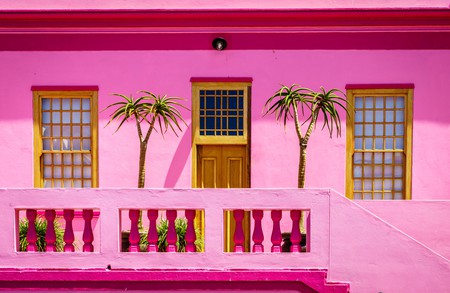 What many who visit Bo-Kaap, and even some of those who live in the city, don’t know is that its residents have been waging a war against the creep of the gentrifying Cape Town Central Business District across the road.

As developers look towards the Bo-Kaap for cost-effective land adjacent to the CBD, with panoramic views and a fascinating history to sell in the marketing brochures, hundreds of years of history in one of the most fascinating and important parts of Cape Town may soon be wiped out.

The history of the Bo-Kaap

The Bo-Kaap does have a remarkable history – and this is usually the starting point for tours of the neighbourhood. But the history that is told, in spite of its importance, is often filled with half-truths and misinformation.

Many believe that the Bo-Kaap’s history is deeply entrenched in Muslim culture. The many mosques here, including the oldest one in the country, make it easy to imagine that the story ends there. But according to Shanaaz Galant, curator at the Iziko Bo-Kaap Museum, the area has a diverse history that has included several different population groups.

“Bo-Kaap is the first area of the historically named Cape Colony that was developed for working class people,” says Galant. “The little houses, of which the only remaining original shape and structure is that of the Bo-Kaap Museum, were called huurhuisies, Dutch for ‘hire houses’.”

The Bo-Kaap diversified further when it became the area in which slaves settled after being freed. These slaves came from around the world – this was a new city undergoing rapid development, and slaves were sent from many different locations to build it.

Freed slaves, artisans and other working-class people settled in the Bo-Kaap in order to be close to the place of their work. This meant that it was a melting pot of nationalities, with people from West Africa, China, the Philippines, Italy and Portugal living side by side.

Still, its Muslim influence is undeniable, and according to Galant, this has to do with the religion that was chosen by slaves.

“Many enslaved chose Islam, and practised under cover of darkness at first, because it was only legalised in 1804,” says Galant. “It was the religion of choice among free blacks and former slaves because it was anti the colonial establishment religion, which was Christianity.”

Galant says it’s this history that has helped shape the neighbourhood into what it is today – although many visitors may be unaware of this. “The people in the area are of course very much aware of this history and this is what makes it so special.” 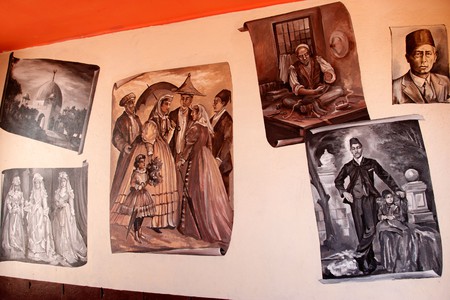 Just as the Bo-Kaap was a favourable location for freed slaves and artisans in its early days, so too is it popular today.

It’s in a beautiful location, with views of Table Mountain and the Cape Town City Bowl, and it’s conveniently close to many of the city’s places of work. But this has led to one of the biggest crises to hit the suburb, as developers have attempted to capitalise on its qualities in the face of ever-shrinking land options in and around the city.

Combined with the threat of gentrification, the suburb of Bo-Kaap, once home to generations-old family businesses, has in recent years been on the brink of permanent change.

Trendy coffee shops, ice-cream parlours and a clothing store have opened up on a corner where a 60-year-old neighbourhood butchery once stood. It was forced to relocate elsewhere when developers purchased the land and raised the rent. 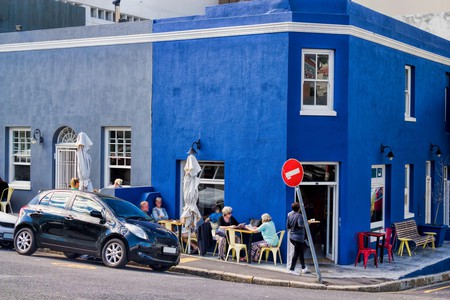 The area was for many years associated with a relaxed community-centric lifestyle, and one that favoured local businesses and family homes over impersonal apartment blocks and trendy stores. But many, particularly the older generations, now stand to lose out in the face of gentrification, as film-maker Munier Parker said in an interview in 2018.

“These are people who have lived in Bo-Kaap all their lives, and who the higher costs are going to affect more than anything else, because they are elderly pensioners, and as much as local government says they provide for people who are falling behind in their rates and taxes, they have a means test. A lot of these people don’t pass that means test, and so they’re going to be falling into debt.”

Parker also points out that gentrification can’t happen without a developer purchasing a property from a winning seller. “Sadly, many of the homes that are being sold are being sold by local residents who are doing it for financial gain, and we cannot crucify them for their reasons.”

Although many local residents have moved out of the area, some have stood firm. In 2018, residents took to the streets to stop a construction crane from entering the neighbourhood – it was heading to a planned high-rise development. The ensuing stand-off made international headlines as residents created physical barricades and burned tyres to prevent further work on the building.

At the same time, there was a process underway to protect parts of the suburb by granting it official heritage status, which in South Africa is a legal classification aimed at protecting the character of historically significant buildings.

The application was successful, and in 2019 South Africa’s arts and culture minister declared 19 areas in the Bo-Kaap heritage sites. Speaking at the time, Minister Nathi Mthethwa said that the South African government was firmly against the gentrification of Bo-Kaap. “We will never rest until we ensure that the very soul of Bo-Kaap is protected,” he said.

Although this is only the beginning of the process – there are hundreds of identified sites in Bo-Kaap still awaiting similar status – many residents counted this as a victory. But some have also moved to point out that it puts a new burden of responsibility on many residents and homeowners.

A report tabled by the City of Cape Town in 2019 said, “Going forward, property owners in the Bo-Kaap are expected to conserve the area’s historical character by doing alterations that are in keeping with the character and style of the building by retaining as many of the original and heritage characteristics as possible when altering or adding to a historical building.”

This means that residents and homeowners whose buildings have been declared heritage sites are unable to make even minor changes to their structures without city approval – a process that can take months, if they are approved at all. And in a region where much of the spirit is derived from off-the-cuff decisions, particularly when it comes to house colour, this may present a problem.

For the moment, however, the increased awareness of gentrification has highlighted the critical need to preserve the history and heritage of one of Cape Town’s most unique and important neighbourhoods. And in many ways, it’s shed a new light on the suburb that has led locals and visitors to appreciate it all the more.