Has This African City Become the Next Global Art Hub? 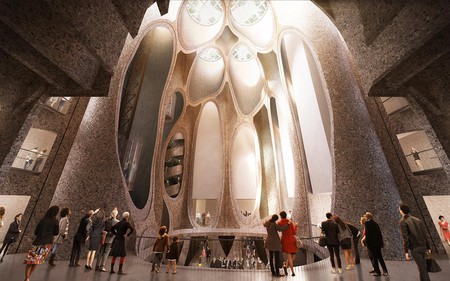 Until recently Cape Town’s art scene has been fragmented and struggled to gain momentum, but the introduction of the new Zietz Museum of Contemporary African Art is likely to position it as a leading global art hub.

Something artistic has been brewing on the south western tip of the African continent. The city of Cape Town, in South Africa, has seen a dramatic elevation on the world art stage, and with the imminent launch of the 9,000-square-metre Zeitz Museum of Contemporary African Art, this is only set to increase.

Dedicated African Art Fairs Showing Up Around the World

In recent years, African art has received attention in once thought unlikely places. Fairs dedicated to African art have appeared in some of the most revered establishments in London, Paris and New York. The same is true throughout the African continent – cities are showcasing the best of regional art in stunning fashion. Galleries in cities across Africa, from Lagos to Maputo and Addis Ababa, have shown that there is a growing appetite for African art. But nowhere is this more evident than in South Africa, and, more specifically, Cape Town. 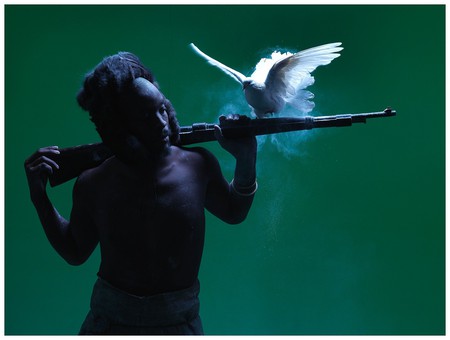 The Transformation of a Fragmented Art Scene

Cape Town has established itself as a new art hub on the African continent in recent years. The introduction of the First Thursdays movement, which encourages galleries to stay open late on the first Thursday of every month, has increased the profile of museums and galleries across the city. But the story goes a bit further than the monthly gatherings.

For several years now, suburbs on the fringe of the city centre – primarily that of Woodstock – have embraced an alternative art scene. This started with street art and informal exhibits and galleries. It has now grown into a veritable movement. Woodstock is now home to half a dozen respected museums which display high-end contemporary artworks from across the continent.

The Stevenson gallery in Woodstock, together with the likes of Goodman Gallery and Southern Guild, have laid the perfect foundation for a total transformation of African art on a global scale. And with a refocused industry, the potential for Woodstock to feed off this as a fringe scene is greater than ever. 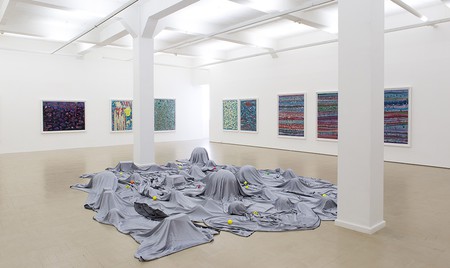 The Miami of the Southern Hemisphere

The history of art in Cape Town has meant that the movement was somewhat fragmented. With no true focal point or internationally lauded art gallery to pull in the funding and the big pundits, the city was less of an art hub, and more of a hidden gem for enthusiasts willing to seek it out.

All that is about to change, however. The Zeitz Museum of Contemporary African Art, which will open in September 2017, has had local and foreign critics heralding it as a giant leap forward for the local art scene. It is the first art institution to focus on modern life in Africa, will host the largest collection of African art, and will provide a platform for local talent from across the continent unlike anything before it.

Some, like the United Kingdom’s Independent, have gone as far as to suggest that the new museum will position Cape Town as the Miami of the Southern Hemisphere. The stunning venue, a repurposed old grain silo, has six floors of museum space on which to exhibit works. Much of this will be in the form of a permanent exhibition, donated by co-chair Jochen Zeitz. 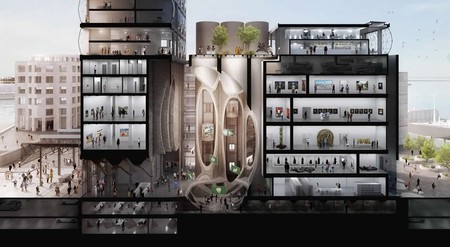 With South Africa currently in one of its most politically volatile states since the end of Apartheid, many believe this is the ideal time for artists in the country to voice their opinions and take a stand.

Local artists such as Brett Murray and Ayanda Mabulu have already created controversies with works depicting political figures in compromising positions. Others have been outspoken about corruption, race relations and political scandals.

Although this will not necessarily be the focus of the new movement on the continent, it will doubtless provide some momentum towards positioning South Africa as a key contemporary African art destination.

Concerns About the Location

For many the decision to make Cape Town an African art hub was a natural one. The existing art scene and the large numbers of discerning tourists who pass through the city and it’s V&A Waterfront mean it has a solid foundation on which to build.

Others are less sure. The small city, often criticised for a lack of true transformation, still has a white population that is not in sync with the demographics of the rest of the country, or continent. For this reason, some believed that a more integrated and more African city would have been the better choice.

And yet, given the Cape Town’s natural beauty, burgeoning art scene and presence on the world stage, it seems as if the move to open the Zeitz Mocca in the city is one that has positioned Cape Town not only as the new continental art hub, but potentially a global one too.