South Africa is home to some of the world’s most scenically beautiful natural parks and reserves, and online search giant Google decided to showcase this to the world by mapping each with its Street View technology.

Google recently worked with a South African team of nearly 600 people to produce 360 images across 19 of the country’s national parks, including 170 new trails. Many of these parks are remote and difficult to access on foot. According to a statement by South African National Parks, the Street View shots follow some exclusive wilderness trails, some of which were until now ‘un-trekked’.

Collectively the team of volunteers and park rangers walked 900 kilometres while carrying the 22 kilogram camera on their backs. The technology, which works much like the on-vehicle Street View cameras, takes one 360-degree photo every two-seconds.

The project forms part of the Google Street View camera loan project, which aims to map some of the world’s most remarkable places. 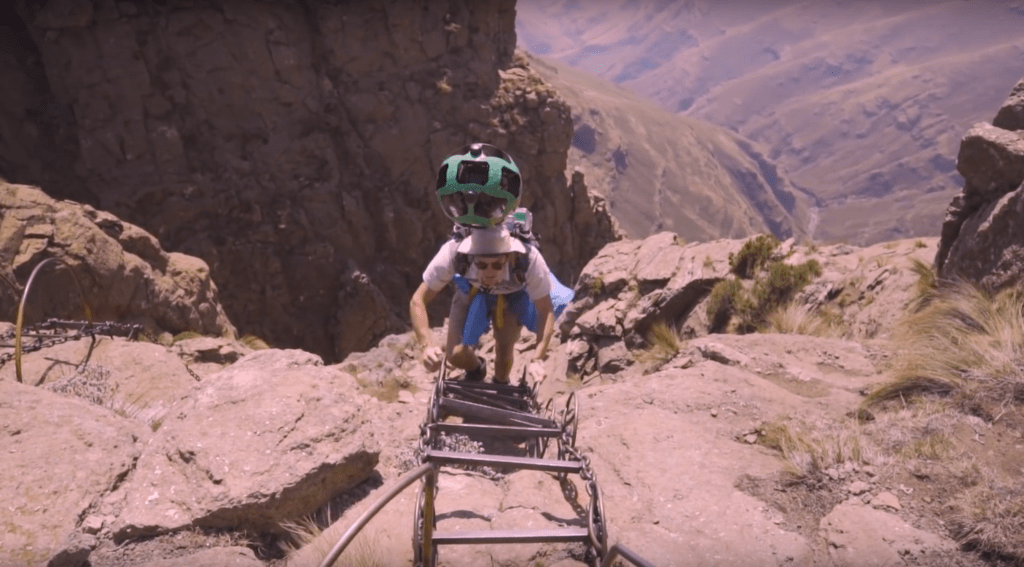 Thanks to this new initiative in South Africa, users can walk the site where apartheid police captured Nelson Mandela, hike through the Royal National Park to Tugela Falls, explore each kilometre of the world famous multi-day Otter Trail hike, walk the popular Platteklip Gorge route to the top of Table Mountain, and spot the likes of elephants and cheetahs on foot in the country’s most popular game reserves.

Google has also mapped seven of the country’s eight UNESCO World Heritage Sites. These include the Drakensberg, Mapungubwe Hill, and iSimangaliso Wetland Park.

Local partner Drive South Africa launched a micro-site, South Africa in 360, to coincide with the launch of the new routes, which aims to provide a fully immersive experience for online viewers. Although nothing will replace actually getting out there in person, this initiative is a great way to give you a virtual overview of South Africa’s spectacular natural regions.