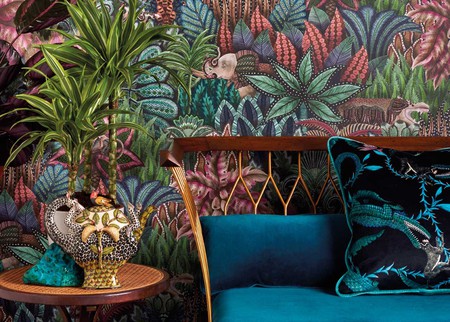 Renowned British wallpaper brand Cole & Son has collaborated with South African ceramic company Admore for its latest collection of striking African-inspired designs. However, it’s the story behind the collection and how Ardmore founder Fée Halsted has empowered so many local women, by offering them life-changing creative opportunities, that is at the heart of these beautiful works of art. 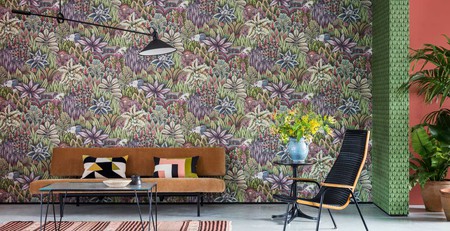 Carley Bean, head of design at Cole & Son explains how the collection came about. ‘Our then head of design Shauna Dennison found Ardmore in a small gallery in New York City about two and a half years ago. She was immediately struck by the brand’s playfulness and sophisticated narrative, which explored African traditions and culture – and thought immediately that the designs would translate really well into wallpapers. On contacting Fée Halsted, the owner and founder of Ardmore, she discovered that they had many things in common, not least a shared love of design. The ceramics are so illustrative it was simply a case of applying our wallpaper minds to how we could represent these marvellous plants and animals in a two-dimensional format.’ 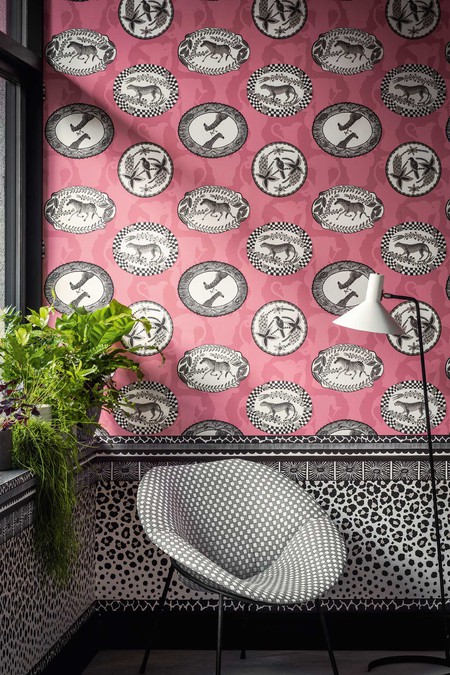 Home & Design editor Charlotte Luxford interviewed Zimbabwean-born Fée Halsted to unveil her personal story and to discover the fascinating backstory of Ardmore, which she founded 30 years ago on Ardmore Farm in KwaZulu-Natal. She reveals how Ardmore has changed the lives of so many Southern African women, beginning with Bonnie Ntshalintshali, the daughter of Fée’s housekeeper, who contracted polio. 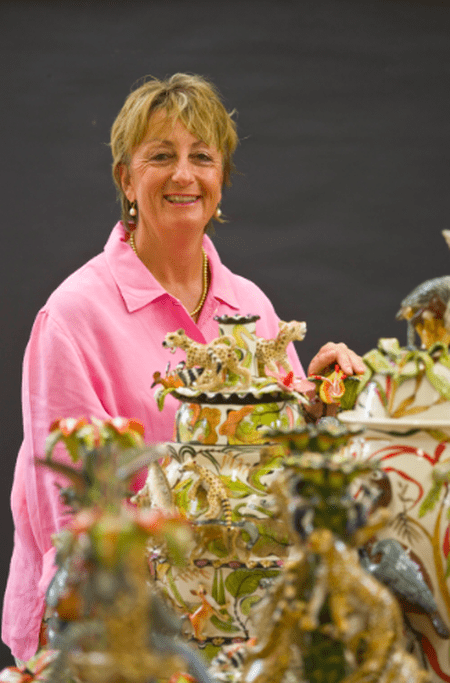 Charlotte Luxford: Can you tell us about your personal relationship with Bonnie and why that inspired you to work with other local women?

Fée Halsted: Bonnie had no formal art training, but I conceptualised what she should create and gave her ideas and themes, which she interpreted in her own naive way. The arrangement was her own idea, although her style was very different to mine. I then assisted her by including her work in my own exhibitions and we became seen as joint collaborators, hence the Standard Bank Young Artist Award being awarded to us jointly in 1990.

Seeing a young woman like Bonnie find her own voice through art and independence, by earning money from her art inspired me because in rural KwaZulu-Natal most women are pregnant by the age of 14 and cannot further their education. They are trapped by the necessity to work and provide for their child. It is survival! Few Zulu men support their child’s mother, often because they themselves do not have a job. Their lifestyle, culture and poverty means children are raised by women and cared for by the bond of birth. As a divorced mother raising my own children, I identified with those survival instincts and the need to educate my children and give them the very best I could. We were all working creatively to earn for the very same reasons. 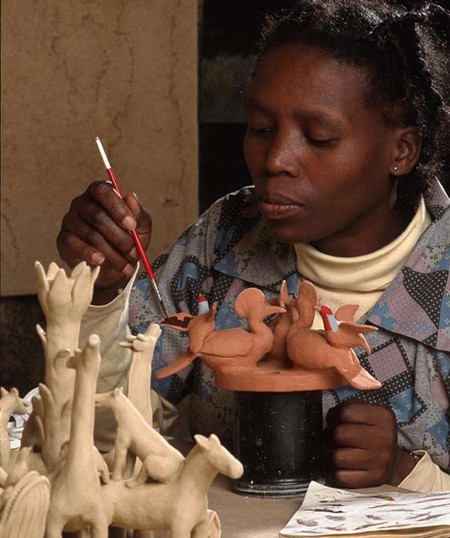 CL: How has Ardmore helped the artists and their families?

FH: Because the artists are paid for what they create on a commission basis before the work is sold, they are rewarded financially for talent, skill and product. This means that rural people have been offered an opportunity to elevate themselves out of the minimum wage, which is set very low. Their Ardmore earnings have bettered their families’ lives. The women have emancipated themselves as they can earn more than men. Most artists own their own homes and cars – all have a cell phone and television. Their children go to better schools and now some, to university. 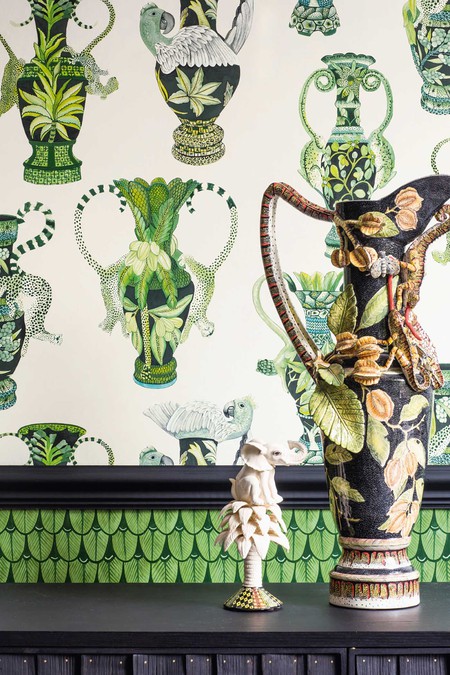 CL: Is there a woman you’ve worked with whose story has particularly resonated with you?

FH: Punch Shabalala was on death’s door in 2002. Her male partner would not allow her to go on antiretrovirals. I collected her from hospital weighing 30kg [66 lbs.] and made a makeshift hospital in our studio and we nursed her back to life and got her on antiretrovirals. For a long time she could not walk, so I brought her to our home and our stable groom George would collect her from the staff housing in my Toyota and lift her to the painting studio. In time she managed to walk on a walker and today she is well and fit. She is a walking advert for the use of ARV drugs to help those with HIV. She changed lives at Ardmore, and in the community. 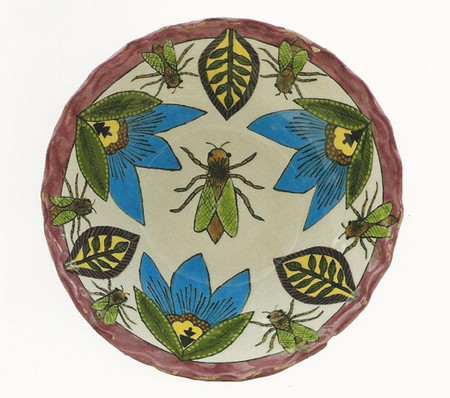 Plate, 1990, was sculpted by Mavis Shabalala and painted by Punch Shabalala | Courtesy of Ardmore

CL: What plans do you have for the future of Ardmore?

FH: Their families and homes are often far away so I am hoping to build better accommodation here in Caversham so they can live in a better temporary abode. As it is now, they rent a shack in the village nearby and because their homes are not close by, they live as cheap as possible locally, which is not ideal. Obviously they return home at month-end to take home money and see their children, so they prefer to spend money on their own home and family, and live cheaply here at Caversham.

Also I am hoping to build a school/training centre so school leavers who cannot afford to go to university can join Ardmore and find a job working through creativity. Many continue their studies while working at Ardmore because we do not enforce regular hours. Ardmore teaches people to become entrepreneurs and even if they do not remain ceramic artists, their training with us teaches them to them to think creatively and become responsible for their lives. There are no handouts or borrowing at Ardmore. 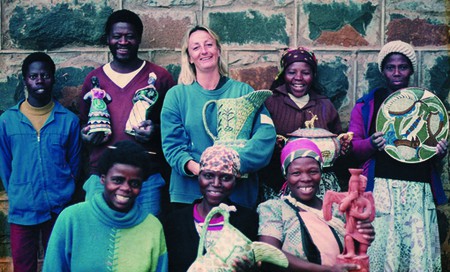 CL: What is different about Ardmore and your way of working compared to other traditional ceramicists?

FH: We are different because we do not adhere to strict technical rules. Although we create functional vessels, they are sculptural, decorative vessels. We paint under the transparent glaze and are not held back by glaze chemistry. We work with clay and paint more as artists than crafters. We might use boot polish and add the metal inserts for umbrellas into our pieces. 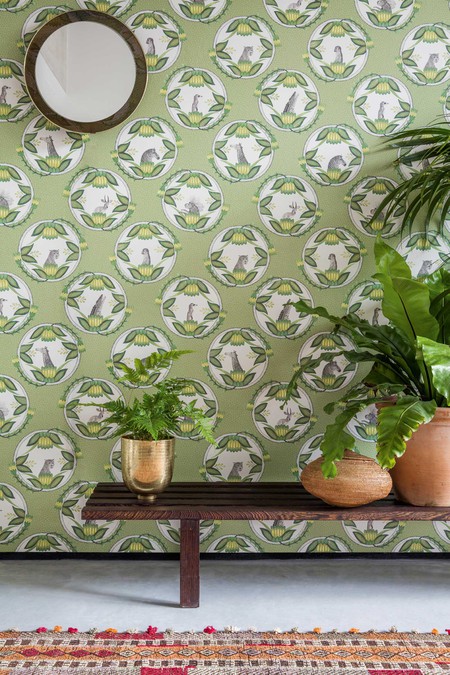 CL: What do you think of the finished result of Cole & Son’s new collection?

FH: I am over the moon with the designs because the design team have captured the essence of Ardmore’s quirkiness and they have not sacrificed the Ardmore artistry for popular commercialism. The colour is bold and the papers are edgy.

To find out more about Ardmore, and to view its ceramics collections, click here. To buy the Ardmore wallpapers from Cole & Son, view them here. 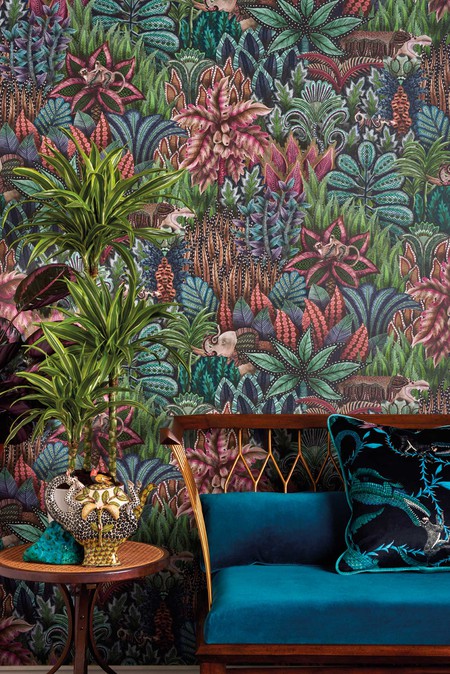 Courtesy of Cole & Son
Give us feedback