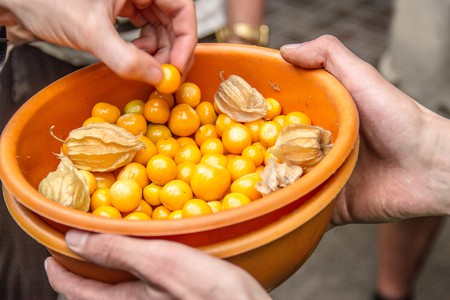 There’s nothing like a juicy fruit to keep you healthy and the hunger pangs at bay. Here are the tastiest and most unusual fruits loved by Capetonians, and South Africans, alike.

The sour fig (AKA suurvy or hottentot fig) is the edible fruit of the carpobrotus acinaciformis, a succulent that grows abundantly in the Western Cape. The conical fruits of the carpobrotus contains a tasty, sour pulp with tiny seeds, and are usually dried before they are eaten. When eating the dried fruit, the base of the sour fig is bitten or broken off and the pulp sucked out. In Cape Town, sour figs are commonly used to make preserves, such as sour fig konfyt. They also have many medicinal properties. 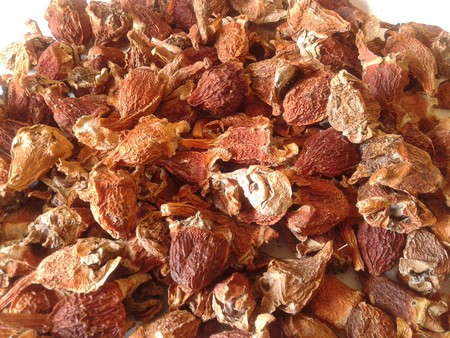 Although not commercially farmed in South Africa, loquat trees are found in many gardens around the country. When ripe, the yellow fleshy fruit of the loquat is deliciously sweet and flavorful, and typically eaten fresh. Loquats are native to southern China but were introduced to South Africa as an ornamental plant. 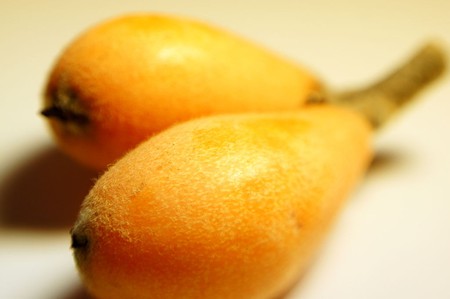 A kumquat is an oval citrus fruit that closely resembles an orange, but is around the size of a quail egg. Unlike other citrus fruits, they have an edible sweet peel and a sour center. In South Africa, kumquats are available from May to September and are made into sauces, jams and preserves. 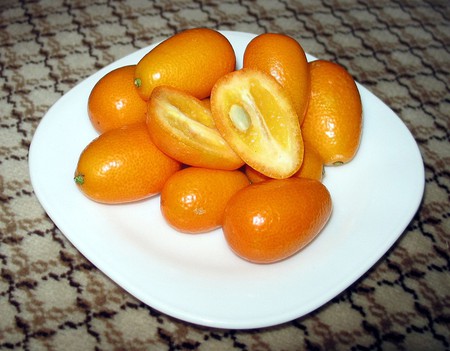 The guava is a tropical fruit which originated in Central America. The fruit was introduced to South Africa by the Portuguese in the 19th century, and are mainly cultivated in the Western Cape and Mpumalanga. When ripe, guavas have a green to yellow skin with a slightly bitter taste, and a pink inner flesh which is sweet. Guavas are high in Vitamin C and fiber, and are widely used to make juice and local desserts, such as fridge tart. 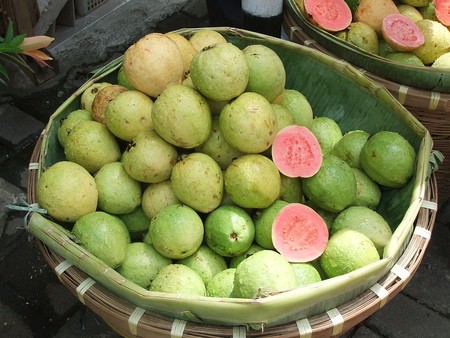 The purple granadilla, also known as passion fruit, is native to South America but also cultivated in Africa and Australia. Granadillas are sweet and aromatic, and are a popular ingredient in salads, sorbets and desserts. 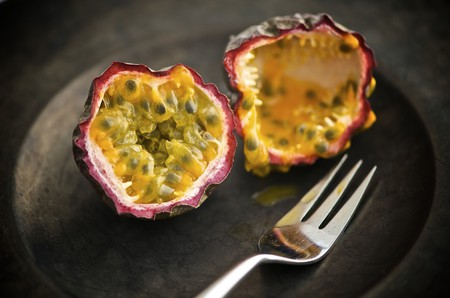 Cape gooseberries (Physalis peruviana) originated in Peru and have been cultivated in Cape Town since the early 19th century. The sphere-shaped fruit is bright yellow to orange in color and is sweet when ripe. They make a delicious snack as is and are a great addition to jams, pies, tarts and drinks.

Pawpaw, or papaya, is an exotic fruit that grows in tropical climates, and is native to South America. In South Africa, the Tainung and Sunrise Solo cultivars, which are large with red-orange flesh, are normally sold at supermarkets. The flesh of papaya is sweet and juicy, and often eaten raw or added to salads, smoothies and desserts. They are rich in Vitamin C and phytochemicals. 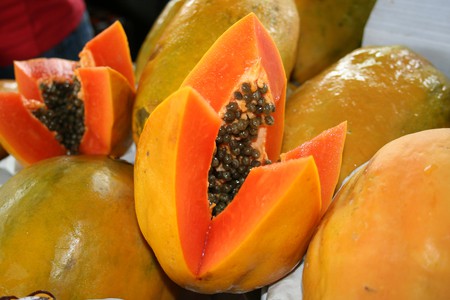 Pawpaw (papaya) | © Ken/Flickr
Give us feedback