Discover Why Cape Town's Constantia Is the Epitome of Luxury 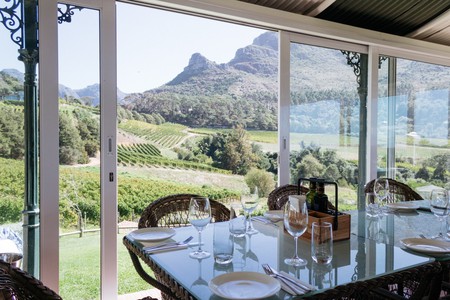 The Cape Town suburb of Constantia has earned a reputation as one of the best wine-producing regions in the world. But, there’s a lot more to this fertile valley than vineyards; there are great restaurants, plenty of hiking routes, a golf course and even an adrenaline-fuelled aerial obstacle course.

Though many tourists favour Cape wine estates in outlying towns like Stellenbosch and Franschhoek, Constantia has the added advantage of being under 25 minutes away from the Cape Town city centre. If you’re short on time in Cape Town, or simply want to explore one of the city’s wealthiest suburbs, allocate at least a day to getting to grips with everything that Constantia has to offer.

Constantia is one of the wealthiest suburbs in Cape Town. Accordingly, most of the accommodation is at the upper end of the cost scale. The most cost-effective accommodation will most likely be in the form of Airbnb apartments, and there are dozens in the area to choose from. 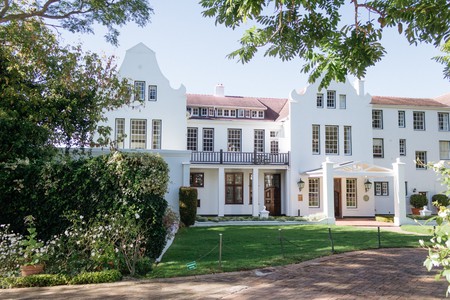 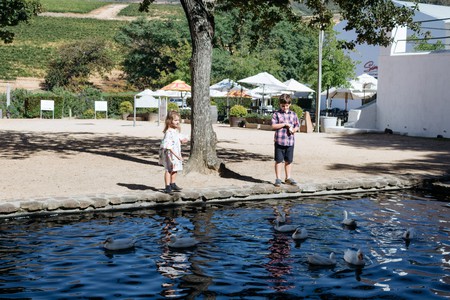 If you’re looking for something a bit more exclusive, there are some exquisite guest houses and boutique hotels. Steenberg Hotel is a luxurious hotel set on the historical Steenberg farm, and aside from the perfectly appointed accommodation there’s also wine tasting, two celebrated restaurants and a golf course to keep you busy. The Alphen Boutique Hotel, with its three manor houses and 4.5 hectares (11 acres) of land, is an equally tranquil place to stay. If you’re looking for the most lavish stay possible, book a night at The Last Word Constantia or The Cellars-Hohenort Hotel, both of which are among the most luxurious hotels in the Cape. 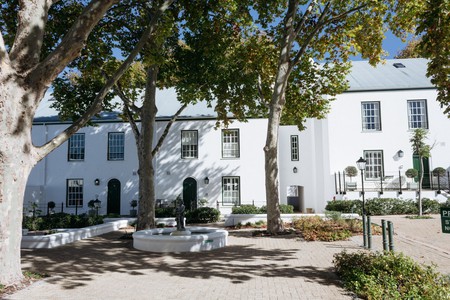 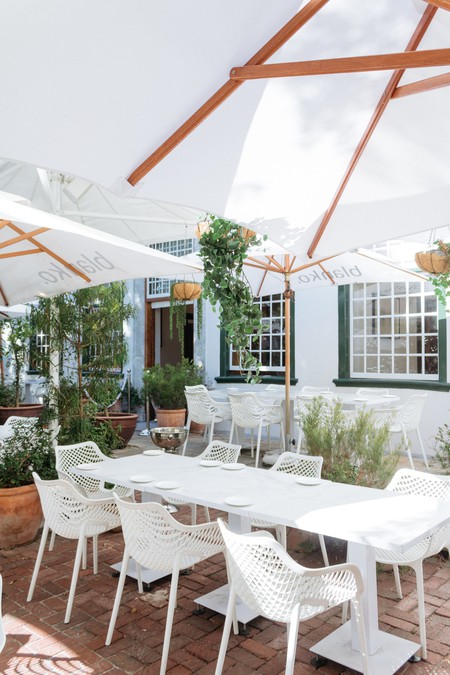 Of course, if all of this is out of reach, there’s no reason why you can’t choose budget accommodation elsewhere in the city and take a scenic drive through the suburb. Just be sure to keep your GPS batteries charged: the roads winding around the estates can get thoroughly confusing if you’re unfamiliar with the roads.

The main attraction in Constantia is understandably its wine, and the industry’s many spinoffs. Tastings, tours and high-end restaurants set among the vines are among the principal drawcards in the region. It’s a scenically spectacular neighbourhood that feels remarkably tranquil and remote, in spite of its convenient location. 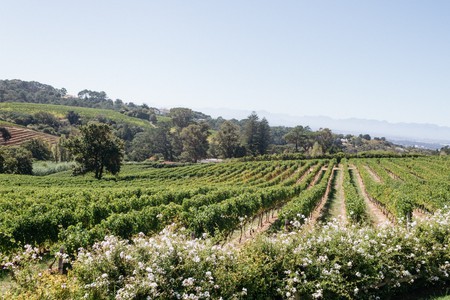 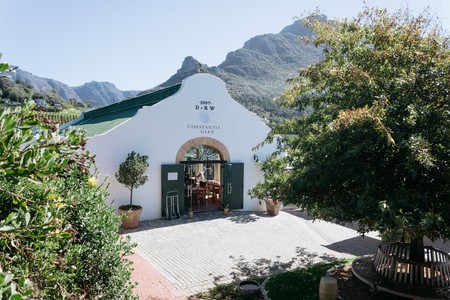 Thanks to the ideal grape-growing conditions, you’ll also find some of the country’s most awarded wines within a few minutes of each other. Most estates have tasting rooms that are open to the public, and if you’re looking to sample quality wines, you can’t go wrong with any that are produced in the valley. 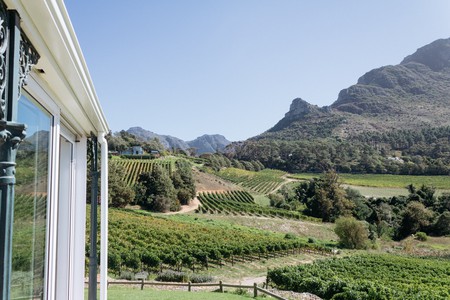 Most tourists make their way directly to Groot Constantia, which means it often lacks personality and can feel overrun with visitors, especially if you’re unfortunate enough to time your arrival with a packed tourist bus. But smaller estates like Beau Constantia and Constantia Glen offer incredible views and equally impressive wines, and the likes of Buitenverwachting, Klein Constantia, Silvermist and Eagle’s Nest are charming places to visit as well. 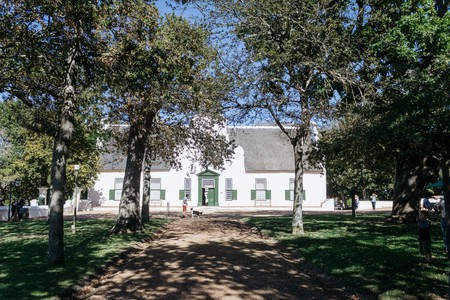 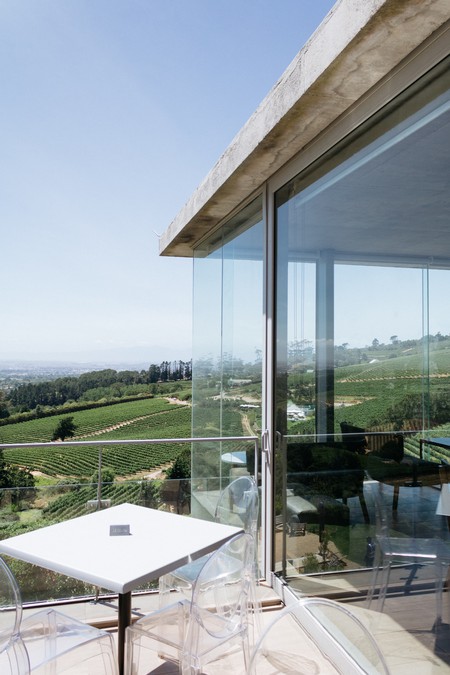 If you’re confused about how best to go about exploring the region’s top wine estates, you can take your cue from the Constantia Wine Route. They showcase their members in an easy-to-follow route.

Other things to see and do

Though wine dominates the valley, wine farms are by no means the beginning and the end of things to see and do in Constantia.

If you’re looking for a quick 18 holes, there are two golf courses in the area: Westlake Golf Club and Steenberg Golf Club. Both are in excellent condition and offer impressive views as you make your way through the course.

If you’re looking for an aerial adventure, Acrobranch offers thrilling aerial courses that are popular among adults and children. Similarly, Ziplining Constantia offers zipline tours set amongst the trees. 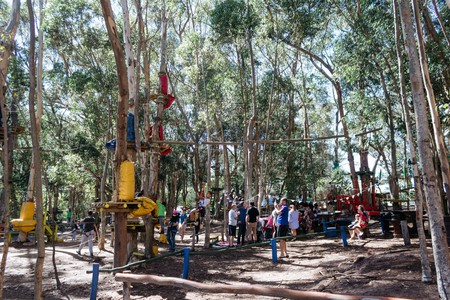 Constantia is a great place to explore if you’re looking to expend some energy. The Constantia Green Belt is a popular place to walk off an afternoon meal or build up an appetite. It’s also popular among dog walkers, particularly at the weekends.

Constantia Uitsig has a thrilling BMX course suitable for all ages, and there are great hikes and trail runs in the area. If the green belt is too tranquil for your liking, head up to Constantia Nek – it’s the starting point for some incredible hikes and walks on the midsection of Table Mountain. 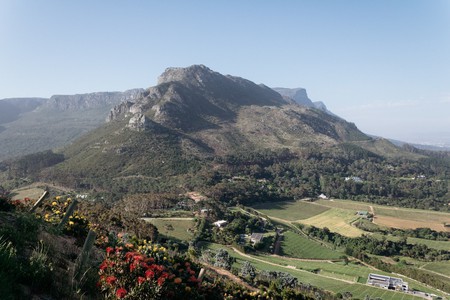 Finally, with wealth and large properties come horses, and as such, there are several companies that will take you on guided pony or horseback trails through the region.

Constantia is home to some of the city’s best restaurants. Most wine estates have their own in-house restaurants that serve up a variety of dishes, from charcuterie and cheese platters right through to opulent five-star fine-dining meals.

The most awarded restaurants in Constantia are Greenhouse and La Colombe Restaurant, but Beau Constantia’s Chef’s Warehouse, Groot Constantia’s Jonkershuis, and the Buitenverwachting Restaurant all serve up incredible meals. 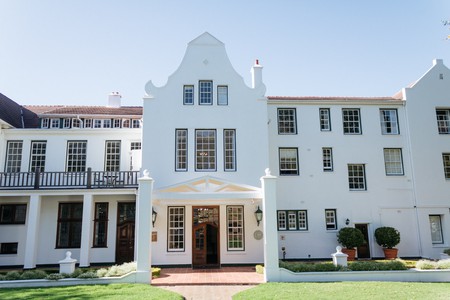 There are plenty of other options that cater for more realistic budgets and offer more laid-back surroundings. Peddlars and Co and Little Stream Restaurant are popular restaurants, especially for young families, and the nearby Constantia Village shopping centre has several chain restaurants to choose from. The Constantia branch of La Parada is also a popular and vibrant place for tapas or a few drinks, but if all you’re looking for is an unpretentious place to catch the game, you can head to the Bay Sports Bar at the False Bay Rugby Club. 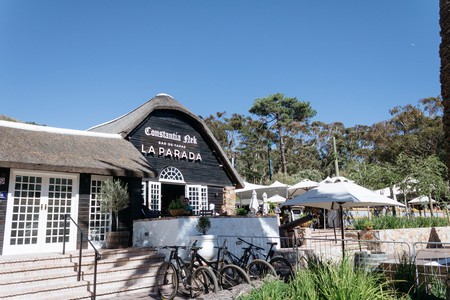 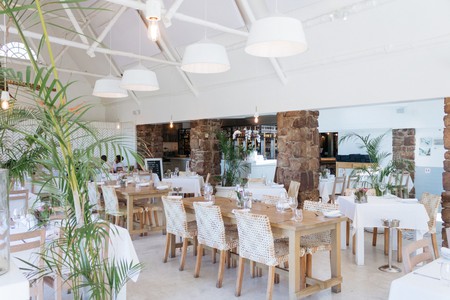