Chinatown: Johannesburg’s Chinese Community Is as Old as the City Itself 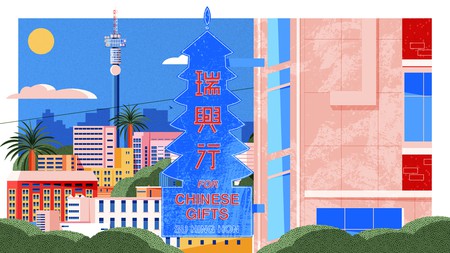 Chinese people have lived in Jo’burg since the city’s earliest beginnings. Jo’burg was founded in 1886, and by 1893 there were at least seven Chinese general stores in Ferreirasdorp, the oldest section of the city. This first Jo’burg Chinatown, then called Malaikam (Malay Camp), occupied a section of town bordered by Commissioner, Market, Fox, Alexander and Becker streets.

The Pons started small, importing just a few speciality products and selling them on the street. But Sui Hing Hong eventually became Jo’burg’s major supplier of Chinese goods, from food and crockery to decorations and medications.

The Pon family, like all non-whites in South Africa, experienced tremendous discrimination and adversity. They lived in Sophiatown, Jo’burg’s historic mixed-race neighbourhood, until the 1950s, when the apartheid government declared Sophiatown a “whites-only” area and razed the suburb to the ground. Banned from buying or renting property, the Pons were forced to lease their shop through a white proxy. 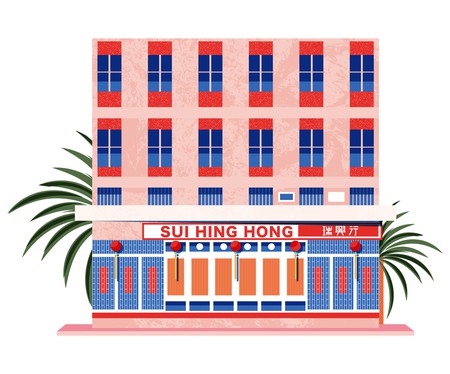 Erwin, born in 1974, gained admission to a white primary school through a special appeal to the Ministry of Education. He was the only non-white student in the school.

“As a parent, you just want what’s best for your kids,” Erwin says when asked why his parents made the appeal. “But I don’t think society was ready for non-whites to go to these schools. I was bullied a lot at school, kicked out of swimming pools, not allowed to go on buses, those types of things.”

Sometimes Erwin came home from school and pleaded with his parents not to make him go back. “I remember going home to my parents and saying, ‘Why am I Chinese? I don’t want to be Chinese!’”

The impact of “honorary whiteness”

In the 1980s, Japanese and Taiwanese people were given “honorary white” status by the South African government, which wished to increase trade with those countries. With white South Africans tending not to distinguish between different Asian ethnicities, Chinese South Africans saw a softening of attitudes towards them. Erwin’s family moved to a Emmarentia, a “white” suburb 15 minutes north of town. In 1990, when Nelson Mandela was released from prison and the country drifted closer toward democracy, freedoms for Chinese South Africans (together with all non-white South Africans) widened even further.

Erwin earned a degree from the previously all-white University of the Witwatersrand, and voted in South Africa’s first democratic election in 1994. He worked his way up in the South African financial industry. Today, Erwin is an executive at a major South African bank and an active member of The Chinese Association (TCA), which was founded in Jo’burg in 1903 to advocate for the rights of Chinese people in South Africa.

Erwin’s grandmother, Ng Shui Chee Pon, who travelled to South Africa on a boat 80 years ago, is now 107 years old; she worked in Sui Hing Hong on Commissioner Street every day until she was nearly 100. Erwin’s children are the fifth generation of his family to live in Jo’burg.

Yet Erwin still feels the pull of two identities.

“We’re often asked: ‘Where’s home?’” Erwin says of himself and his Chinese diaspora friends. “And it’s not like [South Africa] is 100 percent home.”

Erwin also feels different when he visits China, where he travels frequently for work, or Taiwan, where he visits with his Taiwanese-South African wife. The Chinese religious and cultural traditions he learned from his grandparents, who moved to South Africa in the 1930s, have evolved and changed in China while remaining somewhat the same in South Africa. 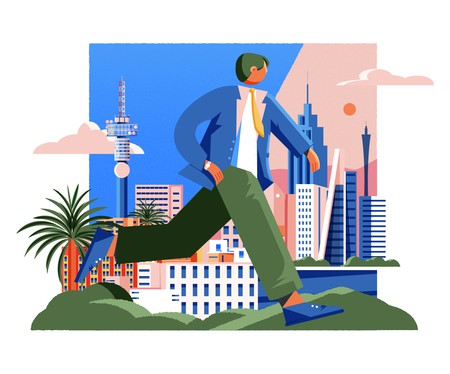 Erwin’s great-grandfather and grandparents were among the first wave of Chinese immigrants to South Africa: Cantonese speakers from Guangdong province, most of whom came seeking work in the mining industry. Over the ensuing decades there have been subsequent waves of immigrants from different parts of China, subtly changing the nature of Jo’burg’s Chinese community.

In the mid-to-late 20th century, Jo’burg received a wave of Cantonese-speaking Taiwanese and Hong Kong immigrants – business people who came to take advantage of strengthened economic ties between South Africa and East Asia. In the 1990s, as South Africa transitioned into a democracy and China evolved into a global economic powerhouse, people from all over China – mostly Mandarin speakers – came to South Africa seeking new opportunities.

As Chinese immigration to Jo’burg changed, the city itself changed drastically as well. Crime in the Jo’burg inner city began to increase in the 1980s and ’90s, threatening the livelihoods of downtown business owners. Much of Jo’burg’s retail industry moved 20 minutes north of the inner city, to a fast-growing new business hub called Sandton. Jo’burg’s Chinese businesses migrated 20 minutes east to Derrick Avenue, in the mostly residential suburb of Cyrildene.

The Commissioner Street Chinatown, now called “First Chinatown”, is symbolic of Jo’burg’s early Chinese history. Derrick Avenue in Cyrildene represents the newer generation: first- and second-generation Chinese immigrants who are closely connected to their country of origin, forming a bridge between these two rapidly evolving countries.

Twenty seven-year-old Mellisa Fan stands in the middle of that bridge. Mellisa’s parents moved to Jo’burg from Guangzhou in 1992; Mellisa was born in Jo’burg immediately afterwards. She grew up speaking Cantonese with her parents and didn’t speak English fluently until grade three.

“I grew up feeling like I didn’t really fit in anywhere, and I didn’t understand why,” Mellisa explains. The second- and third-generation Chinese students in her primary and secondary school classes were far more integrated than Mellisa was. At university, her fellow first-generation classmates spoke Mandarin, which Mellisa didn’t speak. Her non-Chinese classmates bullied her simply for being Chinese.

“In high school, someone once told me to go back to China,” Mellisa says. “I thought, how do I go back to somewhere I’ve never even been to?”

Mellisa has since traveled to China nearly half a dozen times, cementing her dual identity. And while she still considers herself South African, she feels other South Africans don’t always view her that way. “I’ve always felt a strong loyalty towards my fellow South Africans, but this has felt so much like a one-way relationship,” says Mellisa. “I’m always seen as something foreign.”

Mellisa recently joined TCA, where her role is to increase engagement among Chinese youth in South Africa. She wants to get younger Chinese South Africans excited about participating in Chinese community events in Jo’burg. “I want to unite Chinese youths across all backgrounds,” Mellisa says.

In addition to joining the TCA, Mellisa explores themes of Asian identity in her art – mainly paintings and drawings – which she pursues as a side gig while studying to become a therapist.

“I’m trying to rediscover my roots again,” says Mellisa. “In my younger years, I tried to fit in more. It’s not that I discarded my [Chinese] culture or anything. But I sort of hid it away and I didn’t spend as much time trying to focus on it or appreciate it on a deeper level.” 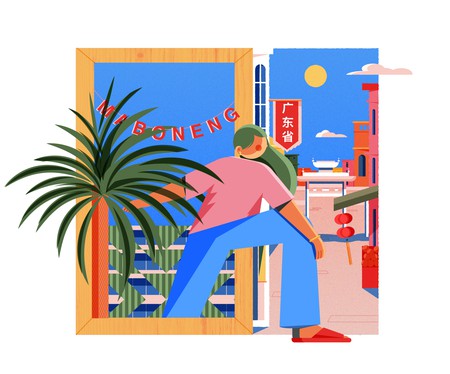 The three Chinatowns of contemporary Jo’burg

Jo’burg’s First Chinatown still stands today, marked by two column-shaped concrete sculptures depicting Chinese dragons, although many of the Chinese businesses have left. Sui Hing Hong, run by Erwin’s uncle Walter, is still there and still a major supplier of Chinese goods. Across the street is the historic Swallows Inn, rumoured to be South Africa’s oldest Chinese restaurant.

Cyrildene’s “new Chinatown” is the heart of today’s Chinese community, with dozens of shops and restaurants selling Chinese products and food. Both Erwin and Mellisa shop in Cyrildene. Erwin goes there often with his family to eat “Taiwanese breakfast” – lots of eggs, sticky rice and fried dough, washed down with a glass of hot soy milk – in a tiny shop next to the butchery.

Both the First Chinatown and Cyrildene host annual Lunar New Year celebrations, which are extremely popular with Chinese and non-Chinese South Africans. Street vendors sell dumplings and other Chinese snacks, while photographers snap pictures of dragon dances and the elaborate fireworks displays. (The 2020 New Year celebrations were cancelled, for the first time ever, as a health precaution due to Covid-19.)

Erwin estimates at least 80 percent of the Lunar New Year celebration attendees are non-Chinese, which he thinks is wonderful.

“That’s the beauty of South Africa and Jo’burg,” says Erwin. “Under the African sky, in Chinatown, celebrating the Chinese New Year with non-Chinese people. It’s a real melting pot.”