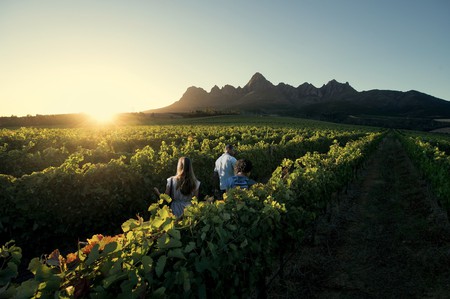 South Africa is home to the world’s longest wine route. Though cynics might dismiss this as a clever marketing campaign, those who’ve travelled its length can testify to its beauty, diversity and stellar selection of wine.

When it comes to wine routes, length might seem an unimportant accolade. But in the case of the Cape’s Route 62, which claims to be longest of its kind in the world, it’s anything but. This is because you can travel from the bustling city of Cape Town to the quiet coastal city of Port Elizabeth, through dozens of quaint towns, and at times along the beautiful Garden Route, and never be too far from a world-class glass of wine, drunk at source.

The branding of this wine route as the longest in the world might simply be the result of a clever marketing campaign, but the long and diverse Route 62 wine route is a remarkable road trip route for several reasons. Though the climatic conditions make for good grapes, there are unique towns and attractions, along with an array of accommodation options, that make it a worthwhile route even for those who don’t have a love for wine.

Loosely modelled on the famous Route 66 in the United States, it offers self-drive travellers the opportunity to meander along serene roads set among stunning scenery, and between a selection of fascinating attractions and quirky small towns. And along the way, the route takes you through some of the country’s best wine-producing regions. 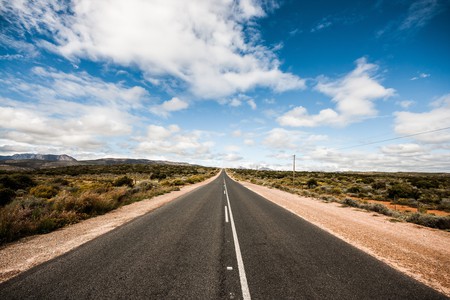 The route kicks off in Cape Town, where you have your pick of some of the world’s best wine farms in the lush suburb of Constantia. From Constantia, the famous wine-producing towns of Paarl, Franschhoek and Stellenbosch await. There, you’ll find remarkable wines, surreal mountainside settings and a selection of the country’s best restaurants.

Though the drive from Cape Town through to the likes of Paarl, Stellenbosch and Franschhoek is along the busy N1 highway, you’ll soon branch off onto the quieter R44 and R46, which take you through the towns of Tulbagh, Wellington and Ceres. Shortly after these, you’ll link up with the R60 as you meander through the quaint and beautiful fruit-growing towns of Robertson, Ashton, McGregor and Montagu.

Once you hit the town of Barrydale, you’ll officially be on Route 62, and the road begins to wind towards Calitzdorp, famous for its port, Outdshoorn, popular for its ostriches, and eventually Port Elizabeth.

Perhaps the hardest part about picking your way along Route 62 is identifying which wine estates to spend time at. Constantia, Stellenbosch and Franschhoek are all worthy of individual day trips. But if you’re picking from the rest along the route, ones to watch out for are the Excelsior Wine Estate, Graham Beck Wines, De Wetshof Estate, Springfield Wine Estate and Diemersfontein.

Each wine estate along the route offers something unique, be it in varietals, setting, dining or simply atmosphere, but if you’re unsure about where to head, it often pays to follow your nose and pull over when the moment takes you.

For the non-wine drinkers

Several hundred kilometres of estates may get tiring for even the most ardent wine drinkers, but fortunately there are dozens of other popular attractions to pay attention to along the route.

Many choose to revel in the small-town atmosphere offered in the likes of McGregor, Bonnievale, Ashton, Montagu and Prince Albert. Each has reinvented itself to cater to tourists looking to escape the city and sample local produce, eat in quirky restaurants and soak up stunning views along twisting roads and dramatic mountain passes.

There are also several iconic standalone attractions to visit on the route. A quick visit to Ronnies Sex Shop on the R62 is a must. Though many are disappointed to find out it’s actually a pub, it presents popular photo opportunities and is a great place to stretch your legs and have a quick chat with the friendly owner. 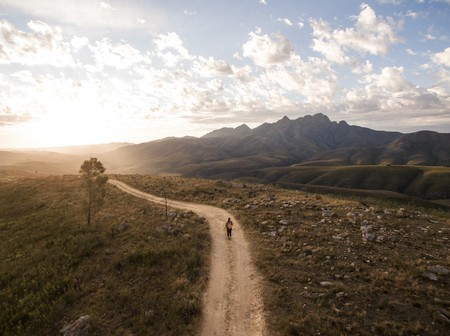 There are also a few options if you’d like to spot some of the country’s famous animals along the route. Sanbona Wildlife Reserve has beautiful animals roaming its large reserve, including several predators. Touwsberg Nature Reserve is a quiet nature reserve that gives historical insight into the San people, who were the first people to live in the area.

Further along, the town of Oudtshoorn offers the opportunity to learn more about ostriches, as well as purchase feathers, eggs and other curios. And if the fancy takes you, you’ll also have the opportunity to hop on the back of one of these feathered creatures and take it for a ride. 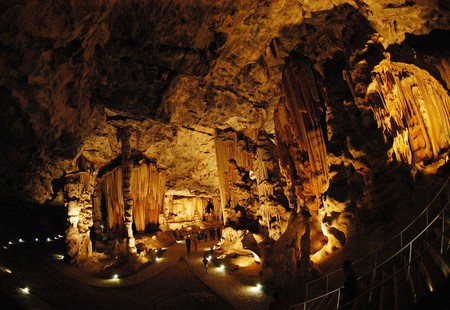 And just a short drive north of Oudtshoorn are the dramatic Cango Caves, whose epic mineral formations are a highlight for many who make it this far along the famous Route 62.

Of course, it would be impossible to see and do everything along the route, and for many it’s a worthwhile journey for the views alone. But throw in some visits to the popular wine routes, overnight stays in the country towns and drives over dramatic mountain passes, and include a few activities along the way, and you’ll soon learn why many consider this one of the best road trips in the country, if not the world.