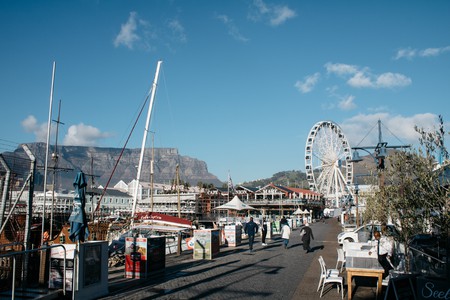 Over the past two decades, Cape Town has evolved into a cultural hub shaped by entrepreneurs, designers, artists and restaurateurs. While central Cape Town is the pulse of the city, there are also a number of diverse areas to explore a short drive away. We take a tour of the coolest neighborhoods in Cape Town.

The Victoria & Alfred Waterfront is one of Cape Town’s most visited attractions in the city and with good reason. For starters, the Victoria Wharf shopping center is one of the only places in South Africa where the likes of Gucci and H&M can be found alongside African design and souvenir stores, while the neighboring Watershed and V&A Food Market are bustling hubs of street food, local design, crafts and fashion. And if that’s not enough, a wide array of exhibitions, live shows and workshops are a regular feature on the events calendar. In September, the Zeitz MOCAA will open at the revamped Grain Silo, where the largest collection of contemporary African art on the continent will be on display. Moreover, the Waterfront is home to top-class hotels, restaurants, an aquarium, upmarket apartments and other cultural attractions. 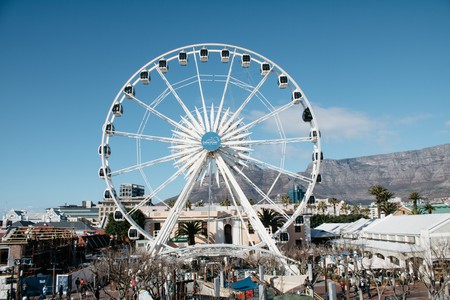 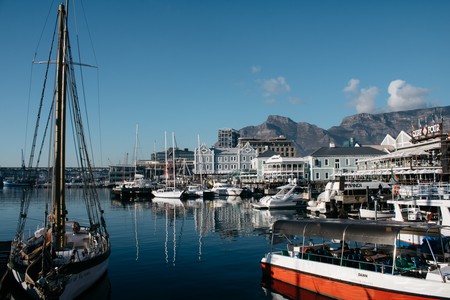 Situated on the slopes of Signal Hill, the historical Bo-Kaap, or former Malay Quarter, is one of the oldest neighborhoods of the city. Renowned for its rows of flat-roofed houses in bright shades, the area is the birthplace of Cape Town’s Muslim community. There are several attractions in the area, including a museum, centuries-old mosques, and restaurants specializing in Cape Malay cuisine. On the bay-facing side of Signal Hill, De Waterkant (the Water Side) was largely renovated over the years but still retains the unique architectural style used during the 18th century. The area now boasts a variety of guest houses, restaurants and a shopping mall. 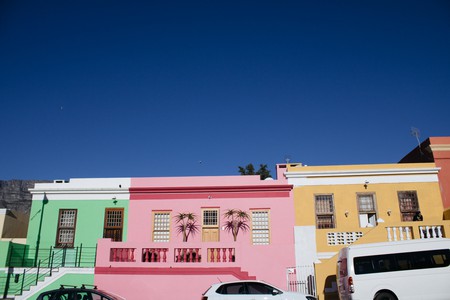 On the other side of Signal Hill, Sea Point overlooks the picturesque Three Anchor Bay and is famous for its seaside promenade. The 11-kilometer stretch attracts families and fitness enthusiasts alike, and there are play parks, public swimming pools and a bicycle renting facility. Running parallel to the promenade is a slew of high-rise apartment blocks and trendy restaurants, including Harveys at the Mansions, and La Perla, where languid lunches are the order of the day. 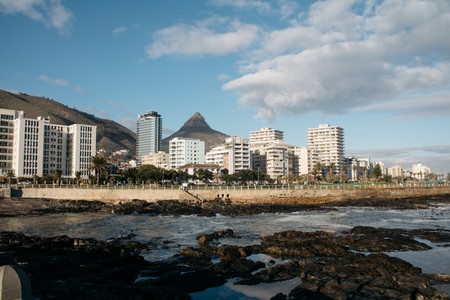 Camps Bay is Cape Town’s most famous suburb, famed for its palm-tree lined beach and million-dollar mansions overlooking the Atlantic. The popular Beach Road boasts an eclectic mix of restaurants, shops, hotels and beach-side bars that turn into clubs at night. Nestled between Glen Beach and Clifton, Maiden’s Cove affords magnificent vistas of the ocean and Twelve Apostles Range, where you can indulge in a braai and, on a hot summer’s day, take a dip in the tidal pool.

The inner-city suburb of Gardens is always buzzing with activity no matter the time of day. Its key attraction is undoubtedly Kloof Street, with a plethora of restaurants, pubs, shops and art galleries, such as Salon 91 and Erdmann Contemporary. On Orange Street you will find the Labia Theatre, the oldest repertory movie cinema in South Africa, as well as the luxury Mount Nelson Hotel, which serves a delectable afternoon high-tea. 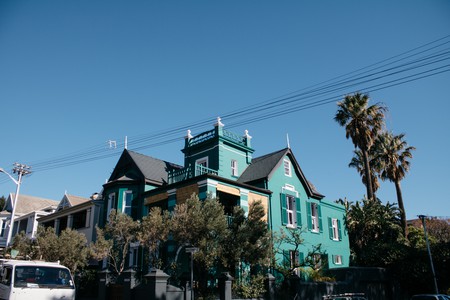 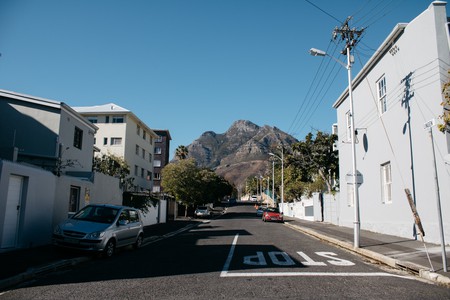 Hout Bay’s unique location, heritage, and natural beauty all add to its endearing charm as a popular seaside town. Its working harbor is the central component of the area, where you will find the iconic Mariner’s Wharf – a seaside emporium with seafood restaurants and maritime curio shops. On weekends, the Bay Harbour Market is a vibrant meeting place for family and friends, where delicious street food, local goods and live music can be found under one roof. Besides all the cultural attractions in the area, be sure to take a drive (or cycle) along Chapman’s Peak for the most spectacular views of the bay. 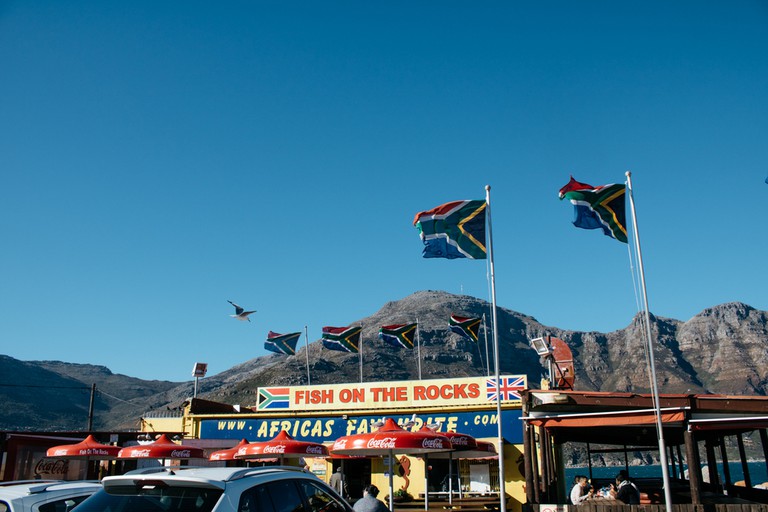 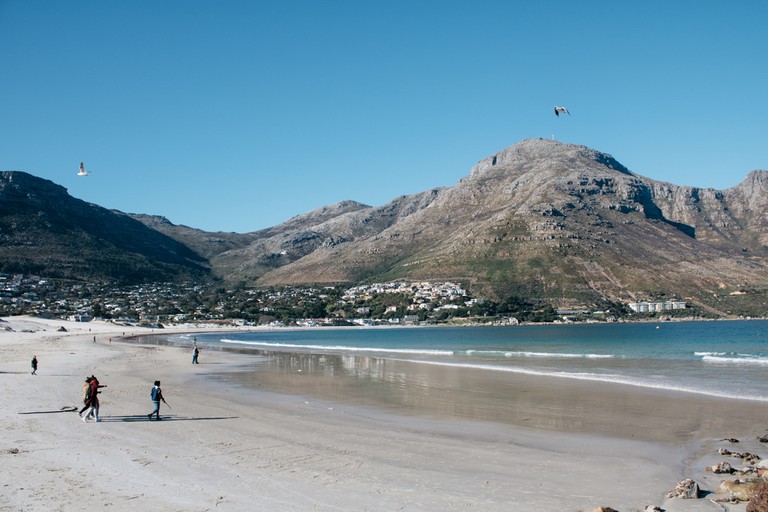 One of the hippest neighborhoods in Cape Town, Woodstock has become a creative hub of workshops, art galleries, co-working spaces, restaurants and breweries. Most of the activity in the area is centered around Albert Road, where places like the Woodstock Exchange and Old Biscuit Mill are located. On Saturdays, the Old Biscuit Mill plays host to the ever-popular Neighborhoods Market, where you can find artisanal foods, craft beer and local design. Woodstock also has some of the best displays of street art in the country. 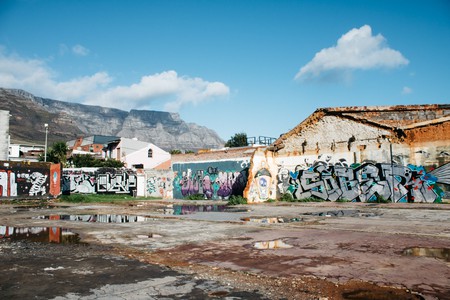 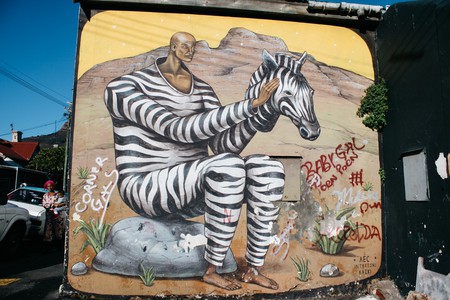 Named after an observatory in the area, Obs is renowned for its distinct bohemian vibe and fervent art community. The key attraction is Lower Main Road, which is a prime nightlife spot lined with laid-back restaurants, thrift shops and quirky bars. The local South African Astronomical Observatory hosts bi-monthly open nights, when you can attend intriguing talks on astronomy and tour the premises. The Observatory is also home to the Heart of Cape Town Museum at Groote Schuur Hospital, where Christiaan Barnard performed the world’s first heart transplant. 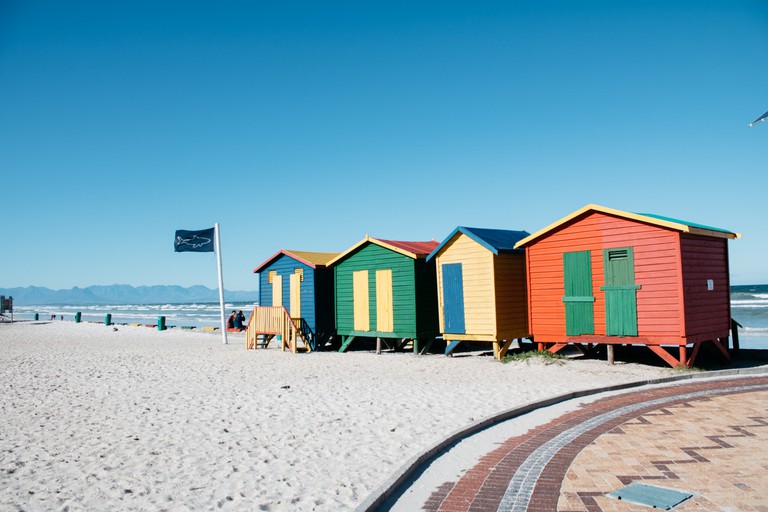 Muizenberg | Jess Stafford © Culture Trip
Muizenberg is a relaxed seaside suburb located along the False Bay coast. It boasts one of Cape Town’s most famous beaches, known as Surfers Corner. The long, sandy beach is a popular spot for swimmers and surfers because of the gentle tides and warmer waters, where, on any given day, you can find novice and seasoned surfers catching waves. Surfers Corner is instantly recognizable by its brightly colored change rooms lined up on the beach, and there are a few cafés and surf shops adjacent to the beachfront. Aside from surfing lessons, other water sports – such as stand up paddleboarding, scuba diving, kite-surfing and sailing – are also offered at the beach, or at the Greater Zandvlei Estuary Reserveclose by.
Open In Google Maps
Beach Road, Muizenberg Cape Town, Western Cape, 7950, South Africa
+27214807700
Visit Website
Give us feedback 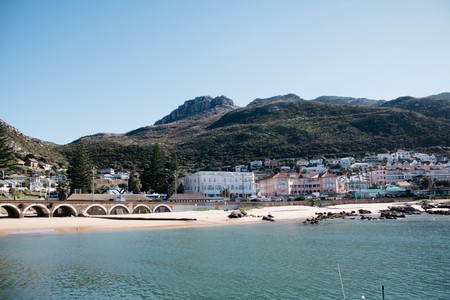 The working harbor is a bustling spot, characterized by colorful fishing trawlers bobbing on the water, fishmongers selling their latest catch, and the popular seafood eatery, Kalky’s. You’ll most likely see a couple of seals playing in the harbor water, or relaxing on the pier, much to the delight of passersby. Kalk Bay can get very busy on weekends, especially during summer, so it’s best to go early, or make a reservation if you’re planning on dining at one of the establishments. 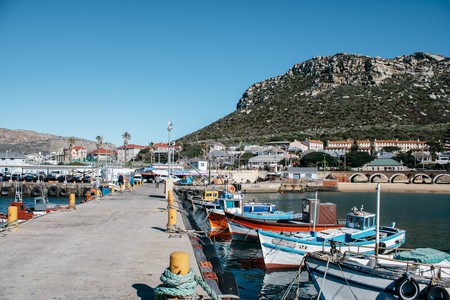