Cape Town's Hidden Beaches No One Really Knows About 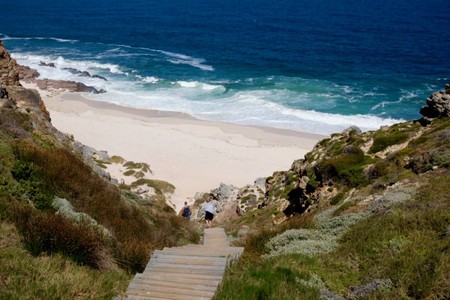 Cape Town has some of the best beaches in the world. Most tourists know about the likes of Camps Bay, Clifton and Muizenberg, but there are some secret beaches that continue to slip beneath the radar.

Although there’s every reason to visit the Cape’s famed and popular Blue Flag beaches, if you’re looking for something a bit different, chances are you’ll find it at one of these lesser-known destinations. Though some of these are better known than others, they’re often less populated and are the perfect compliment to the mainstream spots.

If you’re looking for the best and most remote beaches then you can’t go wrong with a trip to Cape Point. Though Diaz Beach is perhaps the most obvious of the selection available in this unspoilt nature reserve, it’s also hidden in plain sight. Diaz is the beach you’ll look down at from the famous Cape Point lighthouse, and yet few people ever think to venture down there. Though it requires you take a few hundred steps down a near vertical path, the reward of a usually abandoned beach is worth all the effort you’ve exerted. 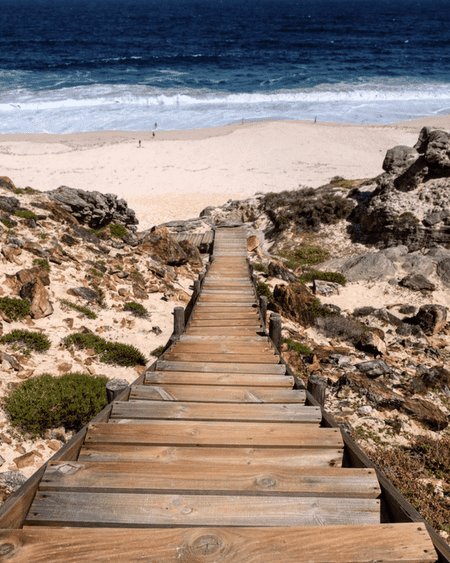 Platboom is another beach that offers rich rewards for anyone willing to walk off the well-beaten paths at Cape Point. The walk down is picturesque and rocky, and once there, the beach is long, sandy, untouched by man, and often dotted with wildlife that’s wandered down the nearby sand dunes. It’s a beach perfect for long, quiet walks, and there’s always the chance of spotting an ostrich, baboon or an antelope or two doing exactly the same thing as you.

This Cape Point beach requires some driving from the main entrance and attractions, but it’s well worth it for the isolation and solitude. Olifantsbos is a small beach hemmed in by fynbos and dotted with shipwrecks. Thanks to its untouched waters and nearby lagoon, it also attracts a diverse array of birdlife. 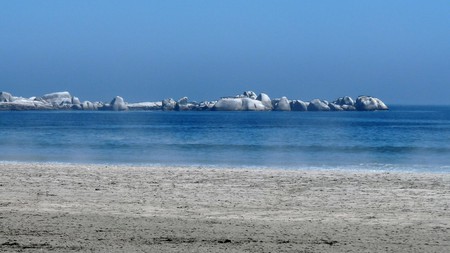 If you’ve taken the drive out to Cape Point, chances are you’ve driven right past this beautiful hidden beach on the way and not even known it. Smitswinkel is a small, isolated stretch of sand that was previously only accessible by boat. These days there’s a trail from the mainland that will get you there in under 20 minutes, but that’s often enough to leave the summer crowds behind. The impressive views, and warmer waters, of False Bay, good snorkelling and limited crowds make this a true hidden Cape Town gem. 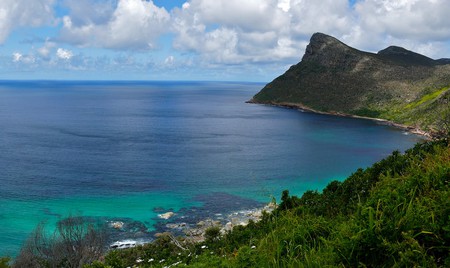 Though Water’s Edge, near the suburb of Simon’s Town, may feel like an off-limits private beach, it’s fully open to the public. Walk through the small gate and onto the sand, and you’ll see why many hold this as a closely guarded secret. The views of the distant mountains are impressive, and the safe swimming and various boulders that you can jump off make for the perfect day at the seaside.

BetaBeach may be just a few metres way from the city’s most popular beaches, but there’s still an atmosphere in this tiny suburb adjacent to Camps Bay that makes it feel largely undiscovered. There are several little beaches to explore, most of which have great views of Lion’s Head, but many people skip the sand all together and head for the large boulders, which are perfect for a typical South African sundowner. 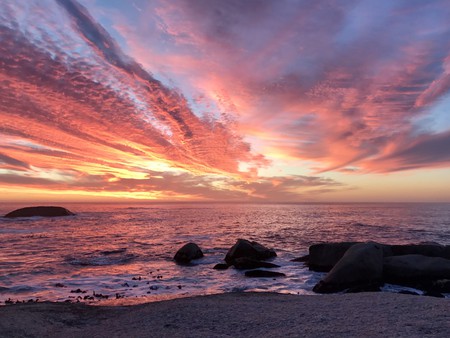 Sunset from the rocks at Beta Beach | © Andrew Thompson

If you’re looking for those iconic views of Table Mountain, but want a bit more peace and quiet, then head to the underrated Sunset Beach. Though the swimming here isn’t great, it more than lives up to its name as an ideal sunset spot, and the popularity of nearby Blouberg means you’ll often have it all to yourself. 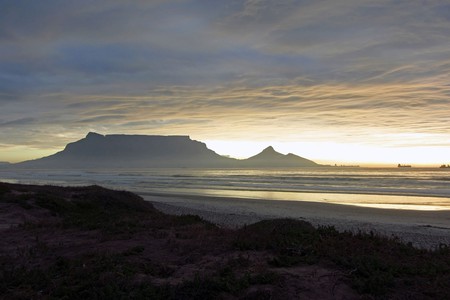 Sea Point is best known for its long and tranquil Promenade, perfect for the city’s runners and walkers, but there are also several small beaches that many overlook. Queens Beach, at the southern end of the Promenade, is the perfect spot for a lazy afternoon. Though swimming isn’t particularly safe or remarkable, it’s fine for relaxing with a good book while the sun slips behind the ocean.