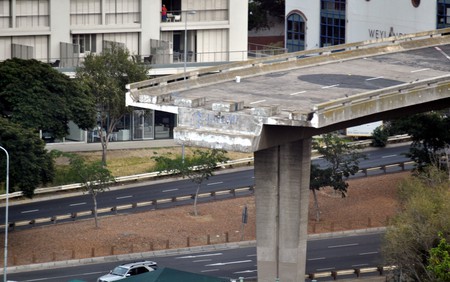 If you’ve ventured into downtown Cape Town, you’ll have noticed the bizarre sight of two aerial double-lane freeways hanging precariously above a bustling street. Now, 40 years on, the city has finally approved a plan to complete these freeways, and to incorporate housing and other new features between them.

To the uninformed, Cape Town’s unfinished freeways look something out of a post-apocalyptic movie, or possibly the result of a severe earthquake. The truth is neither, and though the stuff of mystery and legend, they’ve been a firm fixture of the city’s skyline for four decades. Though filmmakers have often used the feature as a unique movie setting, complete with iconic Cape Town backdrop, they’ve served little other purpose.

Until 2017, that is, when the City of Cape Town announced that they were to open up the bidding process for the completion of the structures. A slew of proposals came in, including a range of proposals, from parks similar to New York’s High Line, to high-end apartments and even a St Louis-style Gateway Arch.

Now, the city has announced the winning bid that will finally see the bizarre hanging freeways completed. Between the finished roads, the winning bidder will build 3,200 high-end housing units, 450 affordable housing units, a public park and other features that aim to improve the standard of those living in the city’s Foreshore region. 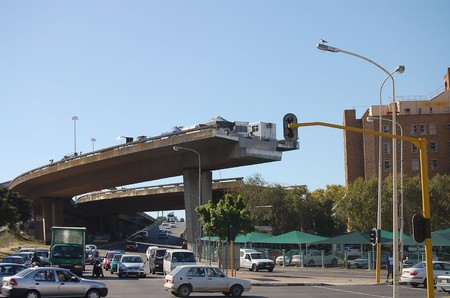 The winning bid is not without controversy, though. In 2017, it was alleged that the tender process had been problematic. And after the announcement of the winning bid that includes just 450 affordable units, some have laughed off the city’s claim that this will offer any meaningful number of housing units aimed at the less well-off. 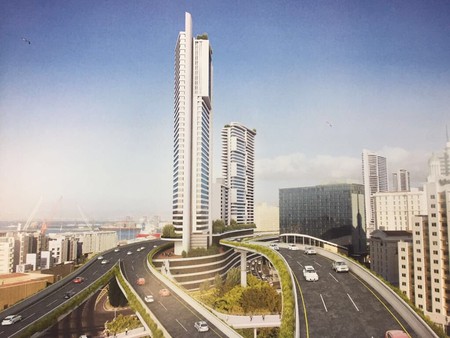 Others have expressed concerns about the new buildings interfering with views of the iconic Table Mountain. The city has attempted to allay these fears, stating, ‘It is proposed that the market-related residential units be located in 11 new tower blocks with heights ranging between 63m, 123m and 143m with views of the mountain, sea and harbour.’

Regardless of whether or not residents approve of the winning bid, it’s clear that upon completion, the city’s skyline will never again be the same again, and a bizarre part of South African history will forever be confined to the archives. 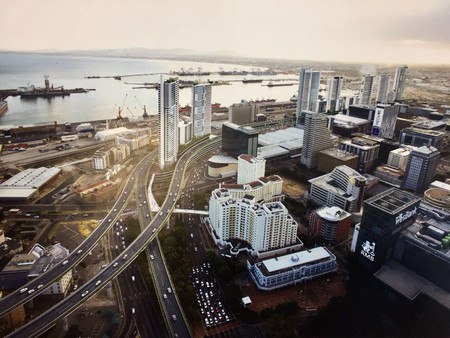 Artist's impression of finished development | © Brett Herron
Give us feedback