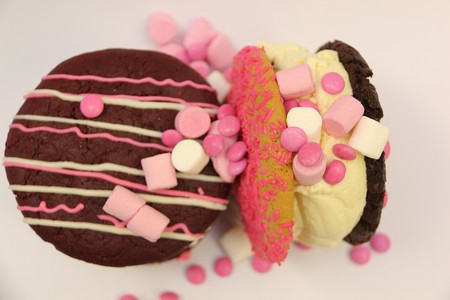 Spoil yourself with some sugary goodness at one of the many gelatarias, coffee shops or dessert cafés in the city. Whether you count chocolate, cake or gourmet milkshakes as your guilty vice, here’s where to get your sugar fix in Cape Town.

Gelato Mania is a family-run gelateria with several branches around the city. They serve a delicious range of homemade Italian ice-cream, as well as waffles and pancakes. Embark on a taste adventure with a range of funky flavors such as chocolate hazelnut, Turkish delight, tiramisu and pistachio, to name a few. You can also add some colorful candy toppings to your scoop of gelato for some extra sweetness. Diabetics and Banting dieters need not miss out as there’s a special Stevia-sweetened chocolate and hazelnut gelato just for them. 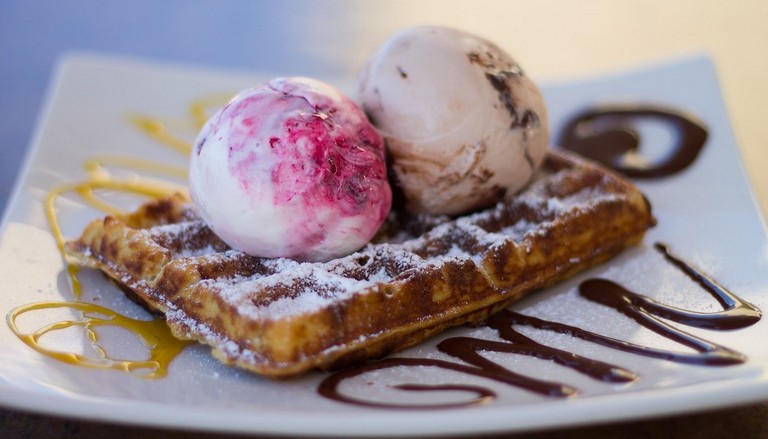 For a slice of heavenly decadence, head over to The Velvet Cake Company. This charming bakery and coffee shop serves a variety of freshly baked cakes and desserts to enjoy with a steaming cup of artisan coffee. They also make beautifully decorated cakes and cupcakes for special occasions.

For the most decadent hand-crafted organic chocolate in Cape Town, visit Honest Chocolate Café. The small artisanal chocolate company creates pure chocolate from ethically sourced raw cacao beans and agave imported from Ecuador and Tanzania (cacao doesn’t grow in South Africa). The result is a smooth, even-textured product with unexpected flavors such as orange essence, sea salt and spicy pepper. Inside the charming café, indulge in their signature dessert, a delectable chocolate bunny chow, or choose from a selection of cakes, chocolate truffles and dairy-free milkshakes. Tea and coffee are also served. 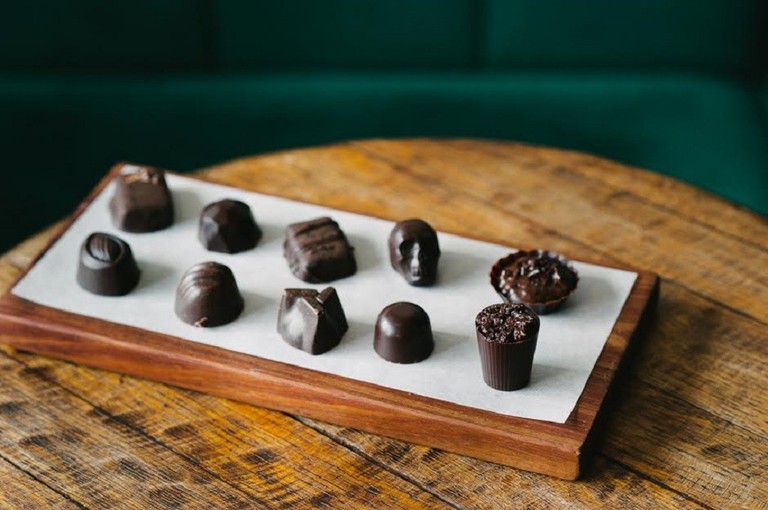 If you’re looking for something a bit different from the norm, try a fun and colorful ice-cream sandwich at Crumbs & Cream. Choose two freshly baked cookies, select an ice-cream filling (there are a variety of flavors) and eat it like a sandwich! You can also add toppings and spreads like mini marshmallows, cookie crumbs, smarties or Nutella. Crumbs & Cream has a flagship store in Sea Point but you can also find an ice-cream truck stationed at the V&A Waterfront. 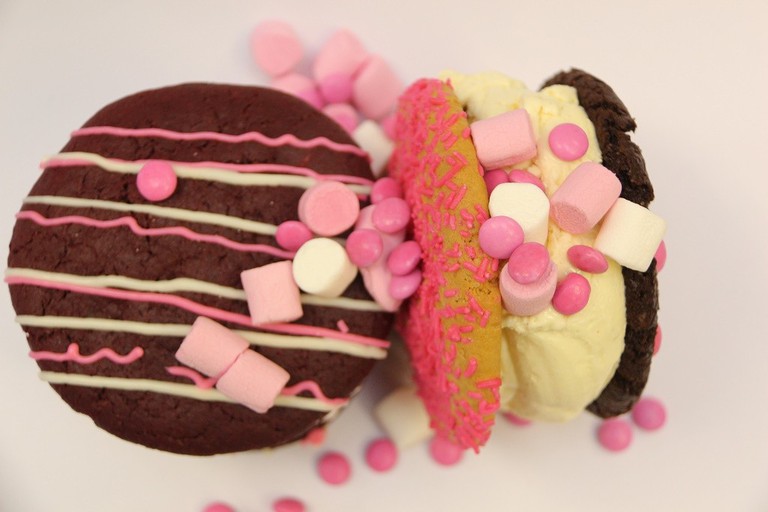 The Creamery Café’s hand-made ice-cream is the perfect indulgence on a hot summer’s day. Made from seasonal ingredients sourced from local farms, their ice-cream comes in five classic varieties as well as inventive monthly flavors such as sugarplum, jasmine green tea and macadamia. There are numerous Creamery branches and stalls around the city. 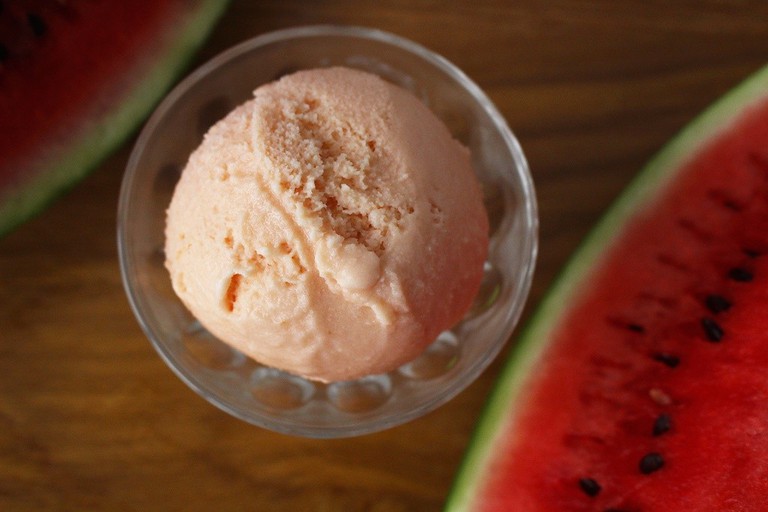 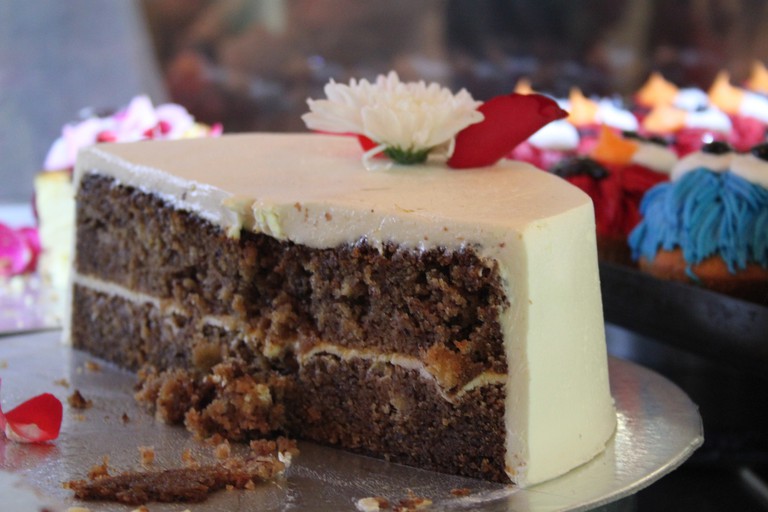 A cake from Charly's Bakery | © Flowcomm/Flickr
Charly’s Bakery has a sensational selection of freshly baked cakes, tarts, petit fours and cookies to satisfy your sweet tooth. Stop by for a slice of cake and a cappuccino at their small café located in the CBD — the building is painted in pink and white stripes, so you can’t miss it! They also bake cakes for weddings and special occasions.
Open In Google Maps
38 Canterbury Street, Zonnebloem Cape Town, Western Cape, 8001, South Africa
+27214615181
Visit Website
Give us feedback

As the name suggests, Raw and Roxy offers delicious raw vegan meals and guilt-free desserts for the health-conscious eater. On the menu you’ll find fresh fruit smoothies and a healthy yet tasty selection of gluten-, dairy- and sugar-free desserts. Try the blackberry or lemon-lime cheesecake, the cookie dough macaroon, or mint magnum ice-cream.