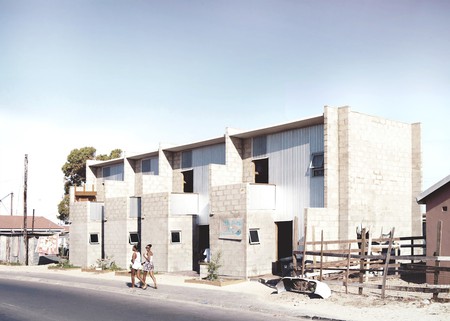 Informal settlements are an uncomfortable reality for many people who live in South Africa. A direct result of apartheid spacial design, housing in townships is typically low-cost, uncomfortable and inconvenient. More often than not, it’s also neglected by the design world. But one Cape Town shack design has just picked up a coveted nomination for its inventive approach that aims to make life more safer and more comfortable for residents.

Empower Shack in the Cape Town township of Khayelitsha is up for a British Architecture Award. The nomination comes from the Royal Institute of British Architects, which celebrates architectural excellence around the world.

The Empower Shack is a perfect example of how good design can improve lives, without costing a fortune. Even though the building uses low-cost materials, the designers believe that the humble two-storey structure can transform informal settlements as we know them.

Coming all at once, more good news: we’re humbled and exhilarated that our #Empower #Shack project is on the long-list of the @riba International Prize, along with 61 of the world’s best buildings and projects. Adding momentum to our vision of transforming #housing #policy for South Africa’s informal settlements and beyond, we look forward to the short-list in the next weeks. 📷Jan Ras

Like many structures in townships, the Empower Shack is built from plywood, iron and hollow-core bricks. Although most shacks are cost-effective, this one features modern, minimalist design, and includes bedrooms, a living area, kitchen and balcony. Private sanitation facilities also negate the need for residents to leave their homes, which is a major safety risk, particularly at night. The inclusion of a second floor decreases the footprint of the building in the already crowded townships, freeing up space for essential services and emergency vehicle access.

According to design firm Urban-Think Tank, ‘The approach moves beyond turn-key housing solutions by focusing on the construction of living environments that integrate livelihoods programs that encompass micro-financing, renewable energy, water management, and skills training.’

Another photo today from one of our Empower Shack homes. It's been great to see residents personalise their spaces, as well as enjoy the unique light and perspective offered by a second floor amid a low-rise #landscape 📷 Jan Ras

Urban-Think Tank conceived and built the first prototypes in 2015, and last year rolled out 16 new units. The aim of the project is to tackle the dire situations that many South Africans experience on a daily basis in more than 2700 informal settlements across the country.

Though housing has been a priority for South Africa’s first democratically-elected government, there are still millions who do not have access to formal housing. By straddling the line between formal and informal housing, though, Urban-Think Tank believes that their innovation is the answer to giving more people safe, comfortable and dignified housing. The winners of the British Architecture Award will be announced in December 2018.