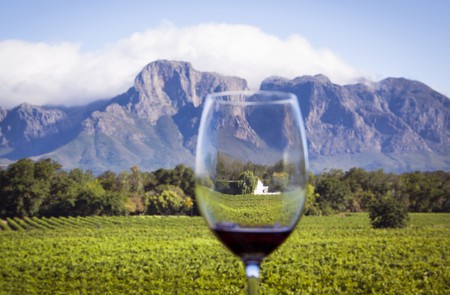 South Africa’s wine industry is world famous – but more for its quality and value than its inventiveness. As celebrated as South African wine is, local wineries have long harboured a reputation for being fairly staid and traditional – until now. 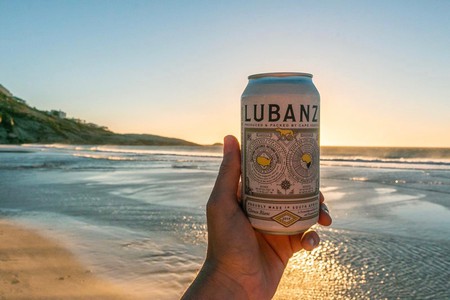 South Africa’s wine industry has been turned on its head by the humble aluminium can. | Courtesy of Lubanzi Wines

A group of renegade winemakers, together with a handful of cunning entrepreneurs, have started to shake up the wine industry in South Africa: they’re starting by doing away with the classic bottle, and looking towards attractive – and portable – cans.

For the conservative wine aficionados there could be no greater insult to the esteemed drink than to place it in an aluminium can. But to the team from Lubanzi – a canned South African wine made exclusively for the export market – there’s no more logical decision.

“This has been a dream of ours since we launched,” says Lubanzi co-founder Walker Brown. 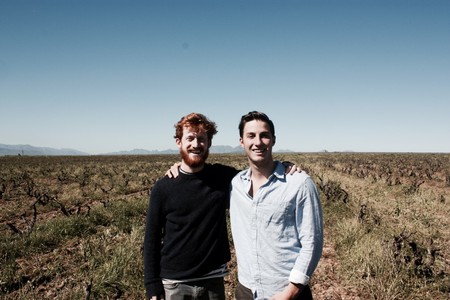 For Brown, an American by birth who struck on the idea after a trip to South Africa, it was a decision driven primarily by practicality.

The team believe in the sustainability of canned wine, but also believed in how portable it is.

“These wines can go places others can’t,” Brown says. “I think it really felt like it was aligned with who we were as a brand – still rooted in craft, but nothing stuffy about it.”

Canning company Tiny Keg, who put some of Lubanzi’s first wines into cans, unsurprisingly agrees with this ethos – and co-founder and managing director Tom Riley can speak for hours on the benefits of cans over bottles.

“There are plenty of reasons why cans make more sense,” he says. “But to start with, no air or light gets into the cans, as it can with traditional wine bottles. Cans also weigh a lot less, which reduces shipping and transportation costs. And unlike glass, it’s infinitely recyclable.”

Although the virtues of glass have long been touted by those in the wine industry, canners like Riley are starting to push back. He procured a portable canning unit from the United States in 2019, and since then he’s filled close to a million cans with local wines, beers and ciders.

The smaller footprint of cans, their stackability and high level of recyclability are a huge plus in the environmental front – but it also makes sense from a business perspective.

“Typically canning facilities in South Africa require businesses do a minimum run of 100,000 units,” says Riley. “Although the unit price at Tiny Keg will be slightly higher, we’ll can a lot less for clients than this – and the overall cost will be significantly lower.”

Riley says this allows both established winemakers, and creative newcomers, to experiment with new products on the market before committing to massive production runs.

It also means there’s greater room for creativity in the wine industry. Globally, the canned wine industry is worth millions, and it’s still growing. Most around the world are using the untraditional packaging to create striking label designs and strong brand identities that resonate with a younger market.

Quirky canned wines have popped up to disrupt the traditional wine market, and it’s this that originally piqued the interest of the team from Lubanzi. But instead of going for a cheap and cheerful wine that hid behind its branding, they teamed up with some of the best in the South African industry – including Trizanne Barnard, an established and highly respected independent winemaker.

Barnard has been the winemaker and supplier to Lubanzi since inception, and she’s a stickler for quality. 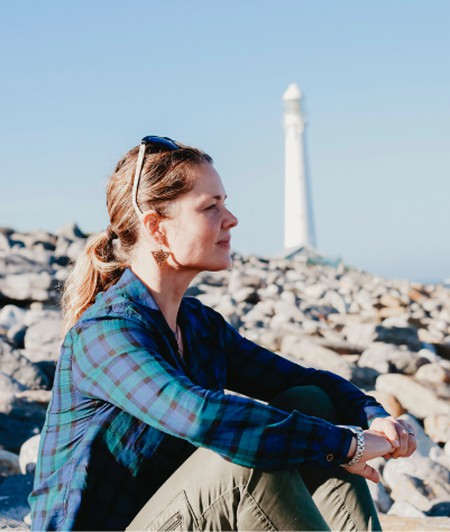 “As producer and supplier my main concern is to deliver quality wine, and to maintain that quality in the can,” says Barnard. “This was the tricky part, but our aim is simply to deliver the same quality in cans as you would get in a bottle.”

Because of this attention to detail, the product that Lubanzi is shipping is one she’s happy to put her name behind – but there’s still some way to go.

Barnard says the concept still has some way to go in South Africa, but she hopes millennials, who are more aware of living consciously, will take to it. There’s also something “new and exciting” about canned wine, she says, which is likely to be another drawcard for a new target market. She’s hoping that this will get millennials interested in wine – “even if they drink it in a can!”

Although Lubanzi’s Brown also stands behind the quality of his product, he’s sober about the true prospects of the canned wine industry – especially this early on in the game.

“Canned wine certainly feels like a natural reckoning toward the things that really matter to today’s consumer,” he says. “Sustainability, accessibility, great products that can go with you anywhere.”

But classic wine bottles aren’t going anywhere, Brown says, and he’s a fan of the tradition behind them. He’s also confident, though, that the canned wine category he’s helping to pioneer in South Africa and abroad, is here to stay.

Ultimately, Brown and his team are excited to “ride the wave” of the increasing demand for this trend – especially when it means you can throw a can of fine wine into a backpack and enjoy it just about anywhere – in true South African sundowner tradition.