Businesses are Draining All They Can Out of Cape Town's Drought

“Never let a good crisis go to waste” is a platitude that’s been floating around Cape Town’s decreasing water supply issue for several months now. Although most have said this from a perspective of promoting long-term water conservation practices, and raising awareness about similar environmental issues, some Cape Town businesses appear to have gone all out to capitalise on the city’s growing water crisis.

In the wake of one of the worst droughts in living memory, many Cape Town businesses have risen to the challenge to help mitigate the disaster. Supermarket shelves have been cleared to make space for vast quantities of bottled water supplies, and a slew of innovative businesses have created genuinely nifty products to help residents reduce water usage in the home, and store what little rain falls during summer months.

Supermarkets and big business avoid the temptation to price gouge

Though the city’s most cynical thought it would be the big retailers cashing in on the sale of bottled mineral water, the opposite has proven true. The hypothesised steep price increases have failed to materialise in spite of extreme demand, and, in fact, many supermarkets have offered discounted deals.

The same appears true for JoJo, the makers of large, plastic rainwater tanks. They may have increased their production output dramatically, which would obviously improve the company’s bottom line, but in an interview on local talk radio station 702, they revealed they’re simply trying to keep up with demand, rather than price gouge or take advantage of the crisis. 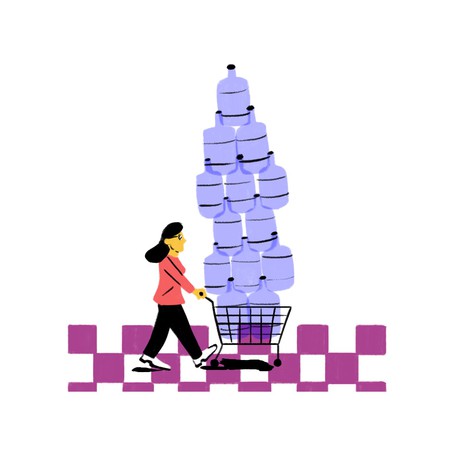 Though the large businesses appear to have the bigger picture in mind – if only from a long-term brand reputation management perspective – it’s hard not to be cynical when social media timelines fill up with alarmist sponsored posts from small, unknown businesses selling hard-to-find water containers, miracle water-saving products, and household bottled water delivery services. These differ from the well-meaning and innovative companies in their suspicious anonymity, and their drastically inflated prices.

Reading between the lines

The media has also jumped into the fray, and no doubt many publications are using the crisis to drive additional clicks and website traffic, though responsible outlets are doing so to raise awareness and provide practical water-saving information.

Local part-time Facebook vlogger Adam Spires, on the other hand, has released a slew of videos about the water crisis, most of which hold little factual basis, nor attempt to provide a balanced account. Instead, in several videos he launches into bizarre conspiracy theories, asks alarmist and irrelevant rhetorical questions, and includes ‘facts’ about the city’s mismanagement, all of which have cleverly converted the city’s fear and panic into all-important clicks.

Advertorial-heavy news websites, like 2OceansVibe, have also cashed in on the crisis. Though they have released important articles with tips and updates on the drought, many are subtly using the topical issue to partner with companies looking to move their products.

On first appearances, the article Maybe You Should Try These Genius Water-Saving Tips From Our Readers appears genuinely useful. But read past the headline and you’ll discover that it’s actually just a ruse for a brand deal with online retailer TakeALot, complete with referral links and direct quotes from the company’s Chief Marketing Officer.

Another, SA Company Making It Easier To Help Cape Town Survive #DayZero, may appear like a newsworthy story about one company putting the water crisis above all else. But the subtle Partner tag beneath the headline, and the not-so-subtle company links, along with the gushing editorial, for what’s frankly just a mediocre public relations exercise on behalf of a storage company, tells the rest of the story.

Of course, many other companies are also taking advantage of residents’ concerns. The City of Cape Town has moved swiftly to shut down so-called ‘water shops’ that were selling filtered municipal water without a licence to residents, looking to keep their official usage in line with the 50-litres-per-day legislation. Many of these stores were located within the confines of bigger shopping centres and thus not individually metered, meaning they were essentially illegally selling bucketloads of water that wasn’t even theirs to sell in the first place, at massive markups.

Even companies that have nothing to do with water have jumped on the bandwagon. Financial services company Sanlam, for example, has used the crisis for nationwide advertising campaigns that many have lauded as progressive and ingenious; from an advertising perspective, that is. Their most popular initiative, 2 Minute Shower Songs – featuring just that – conjures up images of a group of advertising suits sitting around a table, brainstorming on how they can pivot this drought thing into something that’ll get them noticed. 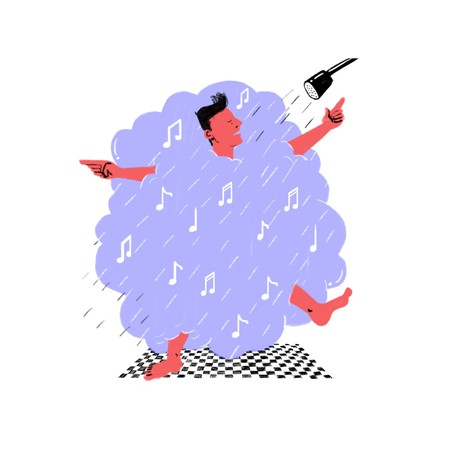 Though in some cases the intentions might be underpinned by a desire to do good, in moments of crisis, such as Cape Town’s serious water shortage, the line between moneymaking, awareness, and offering quality information and products often blurs. Though careful use of the crisis may help prevent similar circumstances in the future, it’s hard not to see that some of these businesses are using it at best to gain some notoriety, and at worst to line their pockets with a quick disaster-fuelled rand.