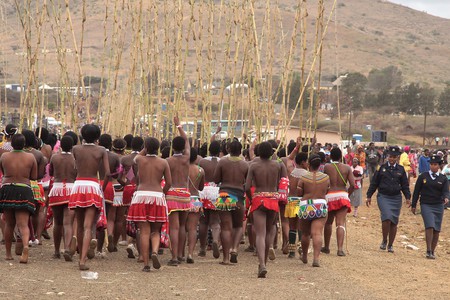 South Africa’s diverse mix of cultures, ethnic groups and religions has given rise to a variety of traditional dress. In African cultures for example, age and social standing is reflected in the clothes a person wears. Here, we take a look at the various types of traditional wear found in South Africa.

The Xhosa culture has a complex dress code informed by a person’s social standing, and features beautiful beadwork and printed fabrics. Traditionally, women’s clothing and accessories show the different stages of life.

Their main items of clothing include long skirts and aprons in beautiful printed or embroidered fabrics. Elaborate beaded necklaces called ithumbu are worn around the neck, as well as beaded bracelets and anklets. The iqhiya or headscarf is traditionally worn by married women. To complete the ensemble, embroidered capes or blankets are worn around the shoulders.

Xhosa men traditionally filled the roles of warrior, hunter and stockman and as such, animal skin formed an important part of their traditional wear. On special occasions embroidered skirts are worn with a rectangular cloth over the left shoulder, or a tunic and strands of beaded necklaces. 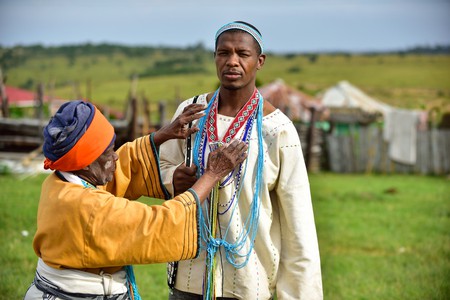 In Zulu culture, women also wear different attire at different stages of their lives. A single young woman wears her hair short and only a short grass-reed skirt embellished with beads, while engaged women will cover their breasts and grow their hair.

A married woman covers her entire body to indicate that she is spoken for. She wears a thick cowhide skirt that has been softened with animal fat and charcoal. Traditionally, women covered their bosom with a cloth, but nowadays cotton vests or beaded bras are worn along with beaded necklaces.

The most iconic adornment are circular-shaped hats called izicolo, which are worn by married women. These hats were traditionally made of grass and cotton and measured as much as a metre across to protect the wearer from the sun. 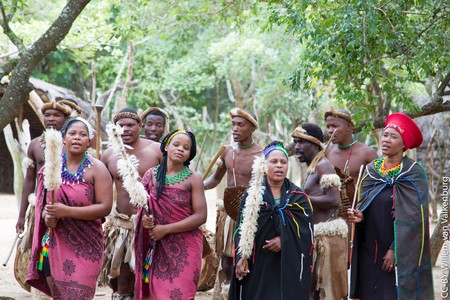 Zulu men traditionally wear animal skins and feathers. Because the Zulu revere leopards as the king of all predators, only royalty are allowed to wear leopard skin. A front apron (isinene) and a rear apron (ibheshu) are worn to cover the genitals and buttocks. The tufts of a cow’s tail called amashoba are worn on the upper arms and below the knees to give the appearance of greater bulk. Headbands are only worn by married men.

The Ndebele tribe are renowned for their intricate beadwork and brightly coloured homes painted in striking geometric designs. The main element of Ndebele women’s wear is an apron. Girls wear small beaded aprons, while older girls wear isiphephetu, a beaded apron given to them by their mothers, and isigolwani which are thick beaded hoops worn around their necks, arms, legs and waist.

Married women wear longer aprons made of hardened skin that are lavishly decorated in geometric designs. They also wear isigolwani and copper rings called idzilla around the neck, ankles and arms. Girls and unmarried women traditionally do not cover their breasts, whereas married women cover their upper bodies with blankets in multi-coloured stripes or beaded designs.

Ndebele men wear animal skin aprons and beaded breast-plates or iporiyana which hangs from the neck. The iporiyana is a symbol of manhood and is given to a young man by his father after he has undergone initiation. Animal skin headbands and ankle bands are also worn along with a cape. 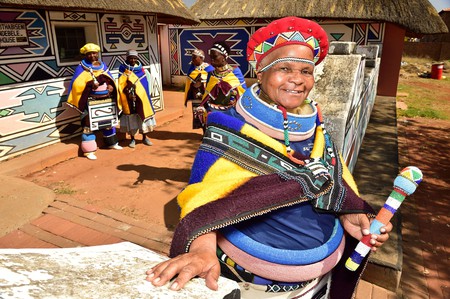 Venda girls traditionally wear a shedo, a small apron which covers the pubic area. When girls develop breasts, they wear a nwenda at the waist or around one shoulder, which is made from brightly coloured striped fabric. Beaded necklaces, bangles and headbands are also worn.

Venda boys and men traditionally wore a loin-cloth called a tsindi. The tsindi is a triangular piece of animal skin covering the front, passed between the legs and tied at the back. In colder weather, they also wore a cloak over their shoulders. Today Venda men often wear shirts made from nwenda fabric paired with trousers. 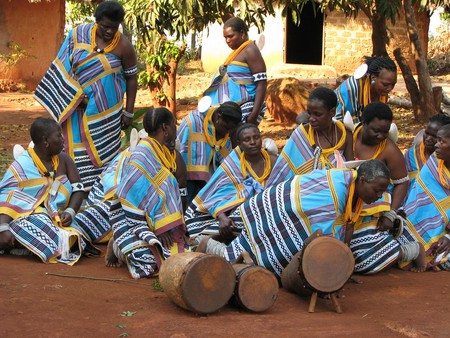 The Tsonga-Shangaan tribe is an offshoot of the Zulu tribe and are mainly found in southern Mozambique and the northern provinces of South Africa. Traditionally, Tsonga men wear animal skins, while the women wear beads and colourful gathered skirts called xibelani, which shake when they dance. 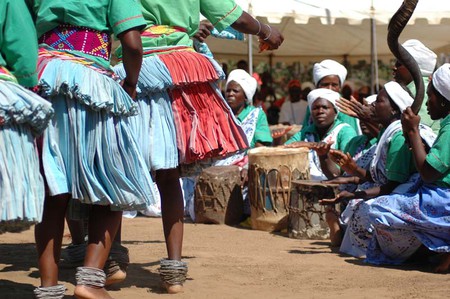 Indian South Africans have always preserved their cultural heritage, languages and religious beliefs, being either Christian, Hindu or Muslim. Western clothing is worn from day to day, while traditional Indian dress such as beautiful embroidered saris and sherwanis are usually reserved for special occasions like weddings. 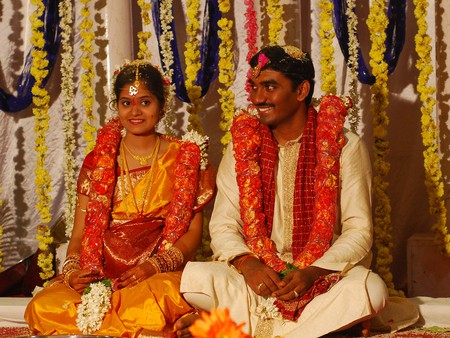 Cape Malay refers to an ethnic group who were brought to South Africa from South-East Asia during the slave trade. In Cape Town, the Cape Malay community is predominantly Muslim. Like Indian South Africans, Cape Malay people wear mainly Western clothing in everyday life and their traditional attire to mosque, madrassah and for special celebrations. 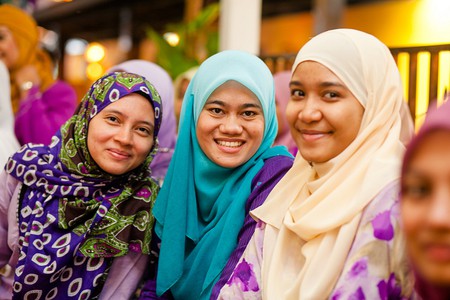