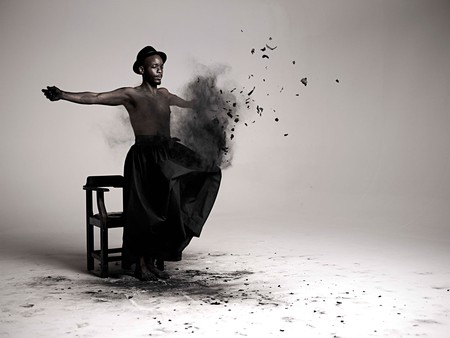 Born in Soweto, Johannesburg during the height of apartheid, Mohau Modisakeng encountered violence and death nearly every day. When his older brother was killed, he used drawing as an outlet to deal with his emotions. This hobby would become a lifelong passion that today has made him one of the leading African artists of his generation.

Mohau was born in 1986 and raised in Soweto, an impoverished township on the outskirts of Johannesburg, a vibrant cultural hub renowned for its significant role during the apartheid struggle. In 2004, he traveled to London on a school exchange program where he visited the Tate Modern. Inspired and in awe of the art on display there, he decided to move to Cape Town to study Fine Art at the University of Cape Town’s Michaelis School of Fine Art. 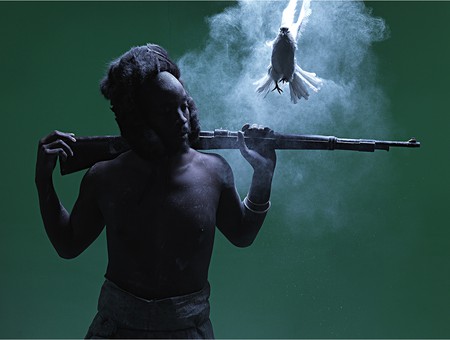 Working and training predominantly in sculpture, Mohau graduated with a Bachelor’s degree in 2009, and completed his Masters degree a few years later.

He uses costumes, props, and his own body to reflect on his experiences of trauma and loss, and the collective black experience in South Africa.

Through his work, he examines the influence of South Africa’s tainted past on how people understand their cultural, political and social roles in post-colonial Africa, and in particular, post-apartheid South Africa. His creative spectrum includes film, large-scale photographic prints, installation and performance.

“Had it not been for art and my love for sketching and painting I would have probably lost my bearings and strayed from my goal to rise above my hardships. My work has always presented a channel for me to engage my mind and my spirit in something reflective and introspective,” said Mohau, as told to the Mail & Guardian newspaper. 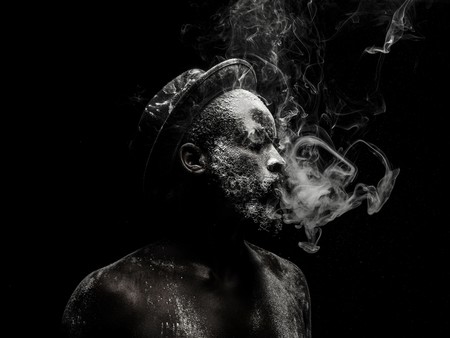 Despite his young age, Mohau has collected an impressive array of awards and has exhibited at top galleries and art events around the world. In 2016, he was awarded the Standard Bank Young Artist Award for Visual Art, the foremost art award in Africa.

In 2010, Mohau was granted the Spier Residency Award at the Gyeonggi Creation Center, South Korea. He has participated in the 2011 IAAB International Artists Exchange Program in Basel, Switzerland, and was a visiting artist at the San Francisco Art Institute in 2013. 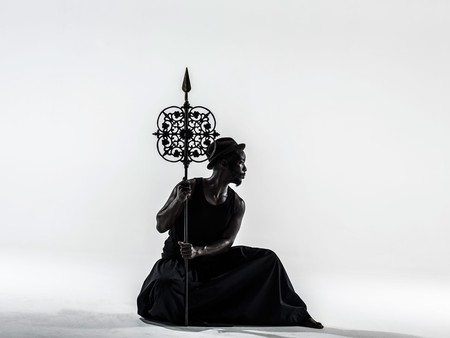 This year, the prolific artist will form part of a two-person exhibition for the South African Pavilion at the 57th Venice Biennale. He has also been invited to complete a Master’s degree in Fine Arts at Columbia University in New York. 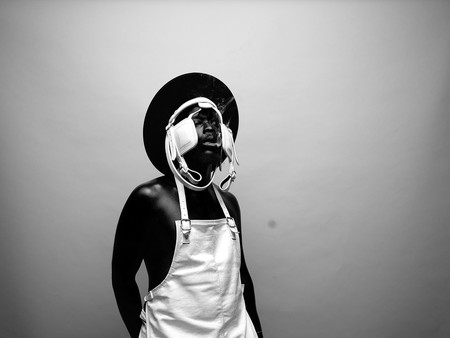 Mohau Modisakeng’s critically acclaimed body of work LEFA LA NTATE will be on exhibition at the Standard Bank Gallery from 2 June until 8 July. For further information on this exhibition visit www.standardbank.com/mohau.