Behind The Silo, Africa’s Highly Anticipated Hotel in Cape Town 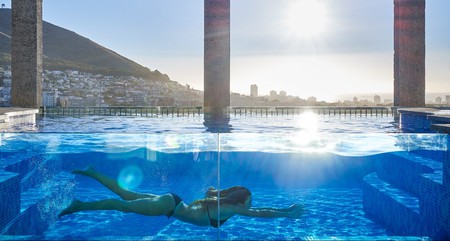 One of Africa’s most anticipated hotels has opened its doors to the public. The spectacular Silo in Cape Town’s V&A Waterfront precinct is one of the world’s most lavish establishments. 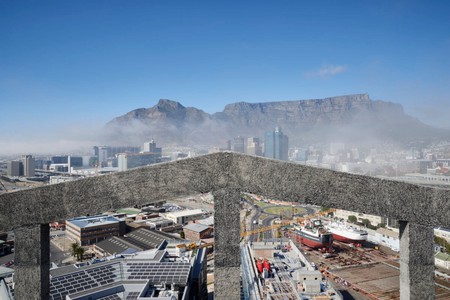 Living up to the hype

The Silo was making headlines even before the developers broke ground. The hype focused around the dream team behind the project, the dramatic location, and the fascinating repurposing of a heritage building long since abandoned. British architect Thomas Heatherwick teamed up with hotelier Liz Biden to transform a disused grain silo in one of the Waterfront’s most underused locations. 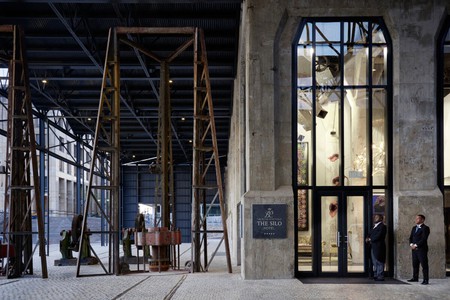 Ironically, the hotel is located in the least touristic part of the harbour. What was previously an overflow parking lot – wedged between dry docks, office blocks and the industrial workings of the harbour – has been totally transformed. Now called the Silo District, the area features the hotel, soon to open Zeitz Museum of Contemporary Art Africa, a flagship Virgin Active gym, and several boutiques and restaurants. The main areas of the V&A Waterfront are also just a short walk away. 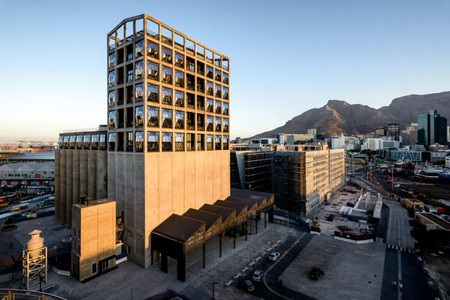 The first step in the redevelopment of this section of the Waterfront has been with The Silo. The Royal Portfolio, who own this and four other exclusive properties in South Africa, have spared no expense with their latest development. The moment you leave the gritty surrounds of the harbour at ground level it becomes obvious that this is no ordinary hotel.

Extraordinary eye-catching artwork, furniture and fittings populate the entrance hall, and when the elevator doors open six floors up the views through the domed glass windows stop most in their tracks. These large custom-made windows reveal extraordinary views of Table Mountain, Signal Hill, the V&A Waterfront, and Robben Island. All rooms have unique vantage points, but the true spectacle awaits on the rooftop level.

There, both guests and day visitors with prior reservations can soak up 360 degree views from The Silo Rooftop — a relaxed restaurant serving the likes of oysters, tempura, pulled pork sandwiches, and various snacks from a health bar. Guests also have access to a rooftop pool that floats precariously close to the edge of the grand building.

Designer and owner Liz Biden has individually decorated The Silo’s 28 rooms. Each has a unique layout owing to the unusual shape of the building, and Biden has designed the rooms to have their own style and flair.

There are six categories of rooms, plus the lavish penthouse, that cater to different needs. The smallest are still an impressive 41 square metres, increasing generously in size all the way up to the 211 square metre penthouse facing Table Mountain. 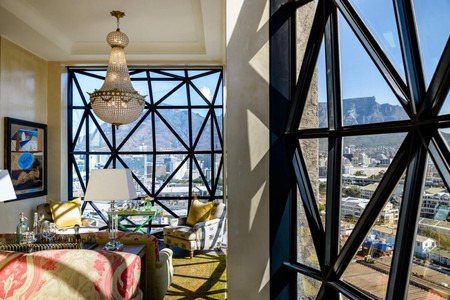 Most expensive hotel in Africa?

Unlike many hotels in the world, The Silo is transparent about its rates, and they are unsurprisingly steep. High season rooms start at approximately $1,400 per night, up to $8,500 for the penthouse. Festive season rates are even higher. Though this places the hotel comfortably among the most expensive in Africa, if not the world, it also positions it firmly in the list of the world’s most revered accommodation options. And given the sheer beauty, unique location and unparalleled attention to detail at The Silo, there’s no doubt that it will deliver a remarkable experience for its guests. 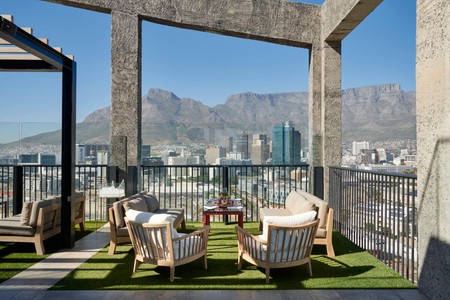