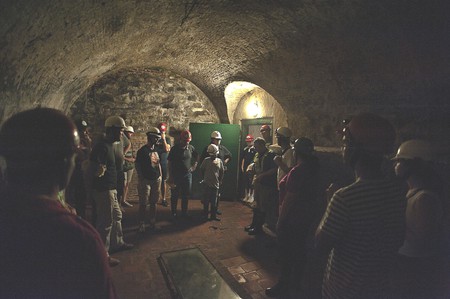 Most visitors travel to Cape Town to experience the city’s famous attractions above ground, but few people realise there’s a fascinating network of tunnels running beneath the city. These were once open canals used for defence and irrigation, but are now sealed off and accessible only by organised tour.

Cape Town’s colonial history is visible in several key locations around the city. There are cobbled streets that lead to the city’s first market square; a castle on the outskirts of the central business district; and even an inner city farm, now a public park, established by the country’s first settlers in the 1650s. But beneath all of these historical landmarks runs a web of hidden tunnels, once canals, that are perhaps the most secretive indication of South Africa’s history.

To those who’ve spent their lives above ground in Cape Town, the only hint of this vast network of canals lies in the naming of the streets built over them. Streets that bear the name ‘gracht’, the Dutch word meaning canal, crisscross the city as a subtle nod to what lies beneath. 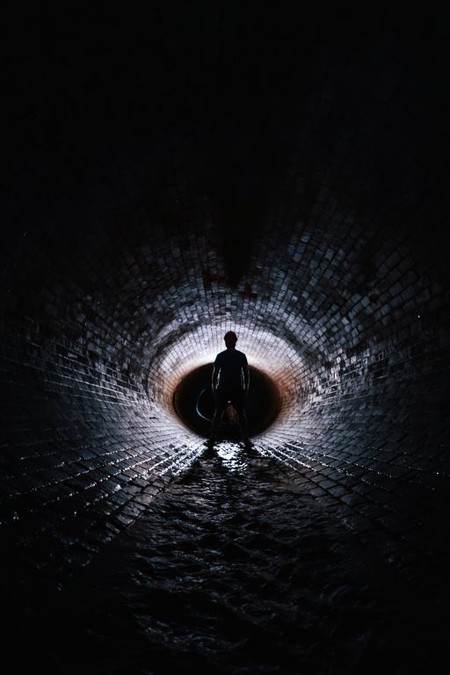 Buitengracht, Keizersgracht, and Heerengracht are three of the inner city’s best-known and busiest streets, and yet few who walk or drive them realise their names reference canals – Outside Canal, Emperor’s Canal, and Men’s Canal – that still run just metres beneath the city, only now are tunnels. Heerengracht is present-day Adderley Street, famous for its flower sellers, and Keizersgracht is present-day Darling Street, which skirts the Cape Town City Hall, just one block away from the previous shoreline. Today these are busy thoroughfares above sealed canals that still flow as underground rivers.

In a dark tunnel somewhere beneath the Cape Town Castle, Matt Weisse, an architect turned tour guide, taps a knuckle against the earthy walls. “Victorian bricks,” he says above the loud static of flowing water. “They were fired at very high temperatures, and they’ve lasted hundreds of years as a result.”

Matt takes a few steps through the flowing, ankle-high water and shifts his torch back to the rounded walls of the tunnel.

“This is the halfway mark,” he says, tracing a finger along a clearly visible dividing line on the bricks. “You can see the difference between the canal and the tunnel.”

The old bricks are at the bottom – the original canal. Many of these original bricks arrived on ships as ballast, cementing the history of the slave trade beneath the city. The newer bricks above were put there in the 1800s, when city officials sealed the canal to turn it into a tunnel.

Most of the canals were sealed off in the mid-1800s for hygiene reasons – they were becoming dumping grounds and used for doing laundry. The last of the canals, which ran through District Six, were sealed in the early 1900s to help limit the spread of the plague.

With the sealing of the canals, the look and feel of Cape Town would be changed forever. The once-open bodies of water would be pushed below the surface, and certain sections received name changes. 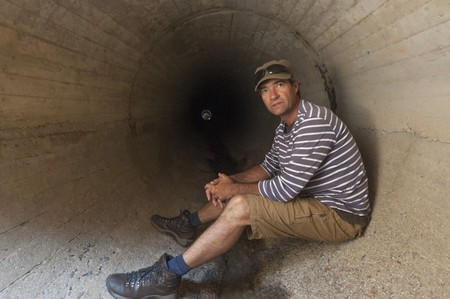 “The Dutch built many canals during their time in the Cape. Possibly because they were a little bit homesick!” Matt quips. “Today they’re obviously tunnels, but in the early days of the Cape they were open canals like the kind you find in Amsterdam.”

The Dutch used the canals for defence around the castle, the remains of which are still open and visible to this day. But their primary purpose was to water crops, which they supplied to passing ships. Vegetable gardens were big business in the early days of Cape Town, with many ships sailing for up to eight months with no fresh fruit or vegetables on board. The canals directed water running off Table Mountain directly through the Company Gardens – the city’s central farm – to help them grow.

But the water was also of critical importance to the Khoi people, who lived in the region long before the Dutch arrived. They used the water for their cattle and called the area Camissa, which loosely translates as “the place of sweet waters”. It was only when the Dutch arrived that the various rivers and streams used extensively by the Khoi were canalised and redirected for the almost exclusive use of the settlers.

Flowing out to sea

“Hear that?” Matt asks, raising a finger to the top of the tunnel. “Trains. We’re close to Strand Street now, where the beach used to be before they reclaimed the land.” At the end of the tunnel is a small wooden door, which leads closer to the outlet into the ocean. 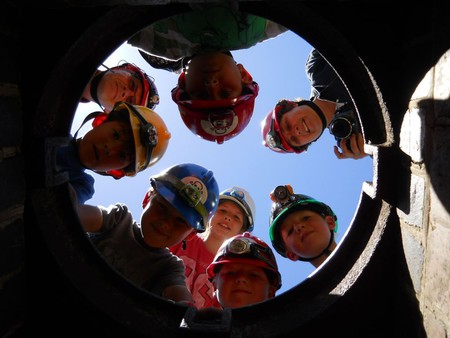 Entrance into the tunnels is via manholes. | © Matt Weisse

Today Strand Street is a busy and important, nondescript thoroughfare into the city, gridlocked with large busses, taxis and motor vehicles during most daylight hours. At the time, however, it was a beautiful tree-lined street with stately homes, the remnants of which take a particularly keen eye to locate.

Above ground the city may have changed dramatically, but not far beneath large quantities of water still flow through the untouched tunnels. Some estimates put the runoff in the millions of litres, most of which is directed into the sea.

Still, with Cape Town likely to struggle with water shortages in the foreseeable future, it’s confounding that the water that drew both the Khoi people who lived here, and then the settlers who relied on it to irrigate farms, is now little more than a buried curiosity. And it’s an oddity of which most city residents at ground level are blissfully unaware.