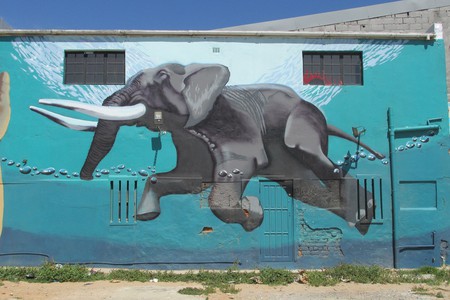 Generally seen as a nuisance and illegal activity, street art has become a popular way to deal with current issues and beautify decaying areas around the city. Here we take a look at Cape Town’s eclectic street art.

Cape Town street art emerged in the Cape Flats during the 1980s, an expansive area southeast of the city, where people of color were forced to move following the Group Areas Act. At that time, graffiti gave people a platform to express their outrage over the oppressive laws and discrimination against people of color in apartheid South Africa.

Today, street art is a widespread feature of the Mother City, decorating homes and buildings with brightly colored murals, and smaller artworks that are equally captivating.

These works of art are created by numerous local and foreign artists, and speak to diverse issues, from human rights to wildlife conservation. The best way to see them is by taking a walk through the city on one of the graffiti walking tours available, or with a local guide.

Cape Town CBD is a great starting point for a graffiti tour of the city. This artwork of an elephant with her baby was painted by Falko One, who is regarded as one of the most famous street artists in South Africa. With a career spanning three decades, Falko has been influential in the development of South Africa’s graffiti scene, and has traveled around the globe to share his extraordinary artworks. 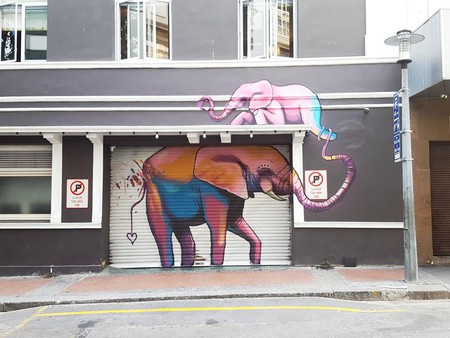 Many of the buildings on the border of District Six and The Fringe have been beautified with bold street art related to freedom and equality in South Africa.

Decorating the side of an electric substation, this vibrant mural by prominent Cape Town artist Mak1one, commemorates the life of former South African president Nelson Mandela. It can be seen on the corner of Canterbury and Constitution Street. 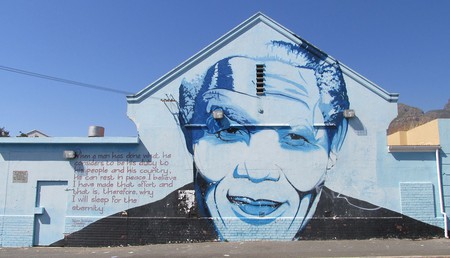 Another Mak1one mural is visible on the opposite side of the same building. It depicts a young boy and girl ‘flying through history into the future,’ with the words ‘District Six’ running across. The work was created to inspire viewers to connect to the positive spirit and multicultural essence of District Six. 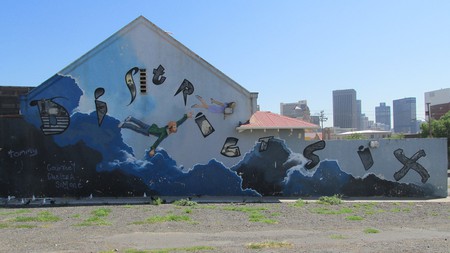 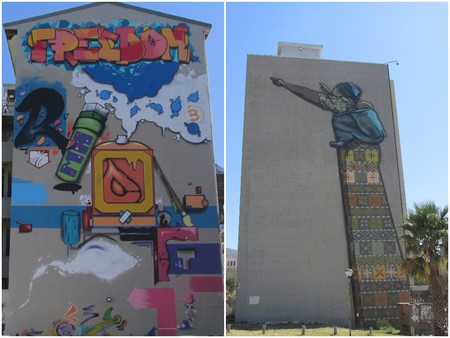 Woodstock is one of the foremost areas for street art in Cape Town. Many of the businesses in the area are adorned with street art, and a host of impressive murals can be seen around the suburb.

This black and white mural was painted by Freddy Smith, an acclaimed street artist who highlights current social issues. The work was completed in 2014 to commemorate 20 years of democracy in South Africa. 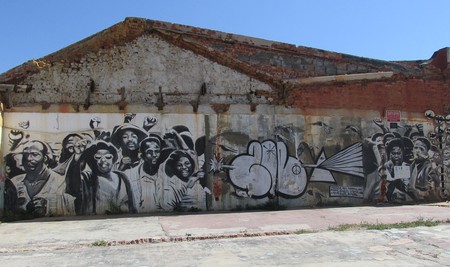 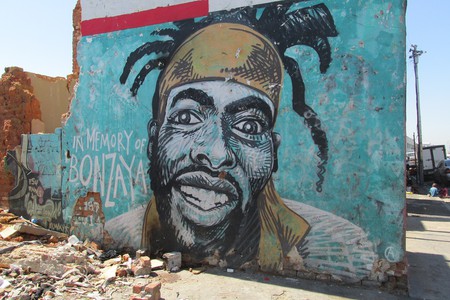 A few other murals from the area… 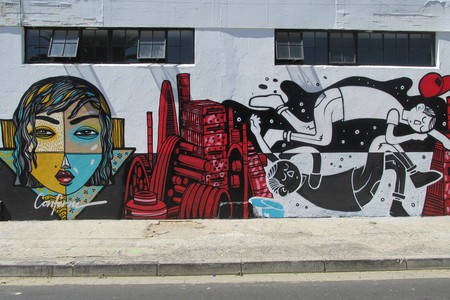 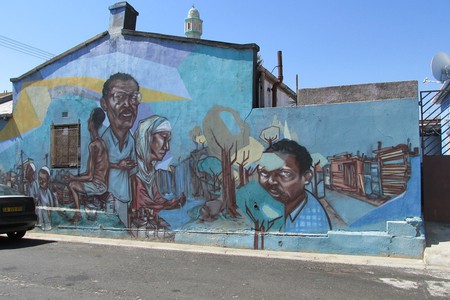 The quirky neighborhood of Observatory features a range of bright murals and singular artworks in bustling Lower Main Road.

A striking mural by popular female artist Nardstar lines the wall of a narrow side street off Lower Main Road. Nardstar uses cubism and a strong color palette in her work. 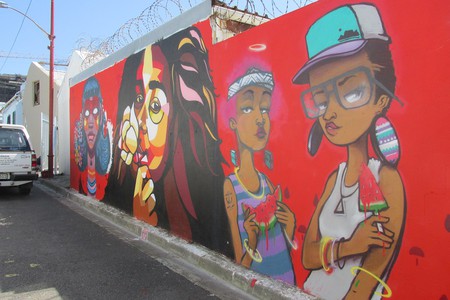 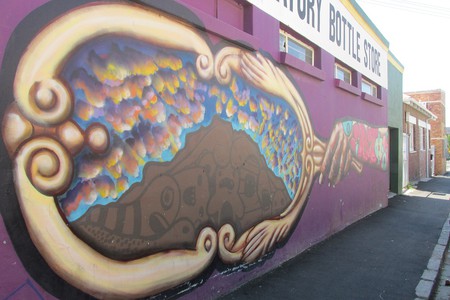 Mural in Obs | © Lee-Shay Collison
Give us feedback