A Lost African City Has Just Been Discovered by Scientists 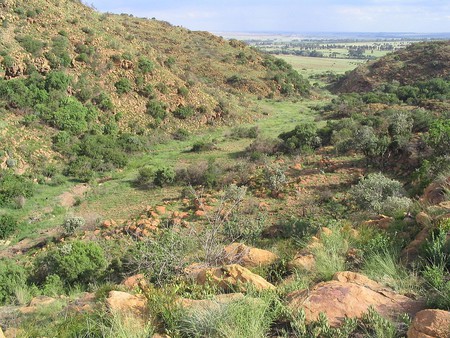 Scientists have just rediscovered a fascinating African city that dates back more than 200 years. Using laser technology similar to that used in the discovery of hidden Mayan cities, scientists have been able to redraw the settlement located on the outskirts of Johannesburg, South Africa, and it tells the beginnings of a fascinating story.

Scientists from the University of Witwatersrand believe the newly discovered settlement – just outside Johannesburg and large enough to be called a city – was occupied in the 15th century by Tswana-speaking people who lived in the northern parts of South Africa, long before the arrival of European settlers. Many of these Tswana city-states fell during regional wars and forced migration in the 1820s, and there was little oral or physical evidence to prove their existence. They have assigned the city a generic name for the time-being – SKBR – until they can come up with a suitable Tswana name.

Though archaeologists excavated some ancient ruins in the area in the 1960s, they couldn’t comprehend the full extent of the settlement. By using LiDAR technology, the team of academics was able to virtually remove vegetation and recreate images of the surrounding landscape. As a result, they were able to produce aerial views of the monuments and buildings unlike they’d ever seen before.

Using these new aerial photographs, they can now estimate that as many as 850 homesteads had once existed at SKBR. Though impossible to know for sure, it’s likely that most homesteads housed several family members, meaning this was a particularly large city with a large population. 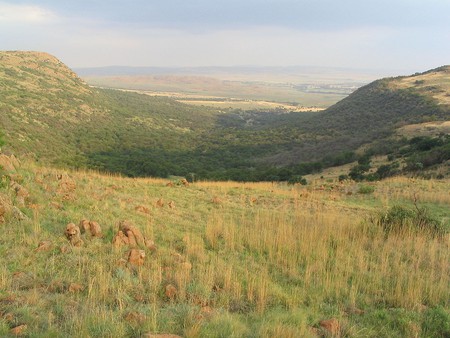 Also in the rediscovered city are mounds of ash due to fires made from cattle dung, which are mixed with livestock bones and broken pottery. Academics believe these refuse dumps were symbols of wealth, generosity and power, similar to others discovered elsewhere in the world.

There are also stone towers outside some homesteads. Some reach up to 2.5 metres (8.2 feet) high and have bases up to five metres (16.4 feet) wide. The academics at Wits University believe them to have been bases for grain bins, or burial markers for important people.

Though the team estimates they are still another 10 or 20 years away from fully understanding the city’s inhabitants and how the city came to be (and cease to exist), with the help of new laser technology they have the potential to shed new light onto some of the first people to settle in South Africa.