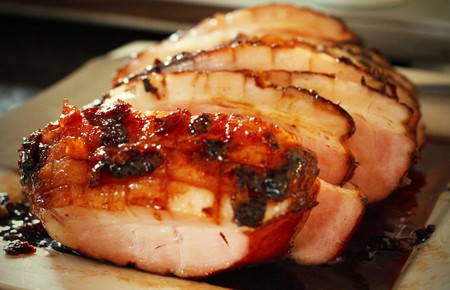 In South Africa, and as in many other countries, Christmas is a joyous celebration filled with lots of family time and of course, plenty of delicious food. South Africa shares several of its Christmas traditions with the British, who introduced many of their customs when they settled here in the 19th century. Today, the majority of South Africans still follow these traditions. If you’re visiting South Africa this Christmas, read our guide to the mouthwatering foods you’re most likely to come across at the dinner table.

Dishes such as roasted meats and vegetables, fruit mince pies and puddings are popular South African Christmas foods along with sides such as yellow rice and raisins, sambals and potato bake.

In South Africa, it is a long-held tradition to have Christmas Day lunch in the early afternoon, however. the trend is slowly starting to shift as more and more South Africans are opting for a Christmas Eve dinner, leaving them time to relax on Christmas Day. Many families also choose to have a braai instead of a formal, sit-down lunch. 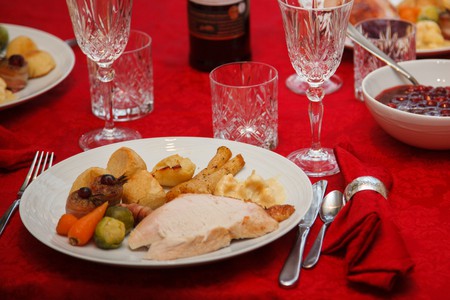 Glazed gammon (ham) is a classic festive dish in South Africa. In fact, Christmas lunch is not complete without it! Gammon is a large cut of boneless pork that is traditionally cooked on the stove with vegetables and then roasted in the oven. The top of the gammon is scored in a diamond pattern and brushed with a glaze of honey and mustard to give it a glossy, golden brown top. After cooking, it can be decorated with pineapple slices and glacé cherries.

Roast turkey is a popular Christmas dish around the world and is juicy and delicious if cooked correctly. There are numerous recipes for both the turkey and the stuffing, all of which depend on your preference. In South Africa, turkeys are either roasted in the oven or on the braai, which gives it a delicious smokiness and succulence. 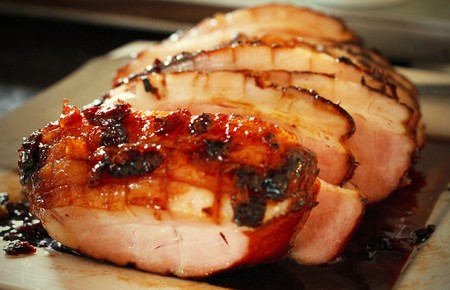 A leg of lamb, slow-roasted to perfection, is the ultimate indulgence when it comes to Christmas. It is traditionally served with roast potatoes, vegetables and a delicious gravy.

Christmas is a summer holiday in South Africa, meaning that seafood is an ever popular Christmas dish, especially in coastal towns where fresh fish is available daily. Dishes such as crayfish tail, mussels, prawns and line-fish are typically served as starters before the hearty meat dishes. 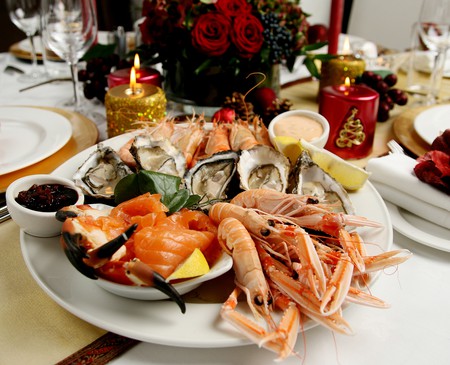 Once everyone’s lunch has settled, a variety of decadent desserts are brought out for guests to enjoy. Although dessert offerings differ from family to family, classic Christmas desserts are brandy-infused Christmas pudding drizzled with warm custard, and a dessert named trifle, which consists of layers of fruit, spongecake soaked in sherry or brandy, jelly and custard topped with whipped cream and garnished with fruit or glacé cherries and nuts. 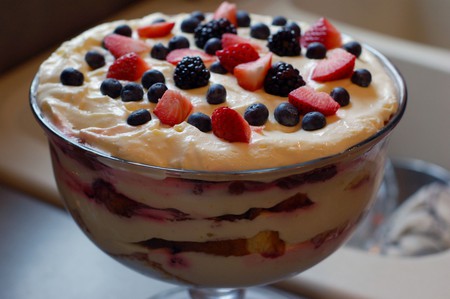 Trifle | © Brooke Raymond/Flickr
Give us feedback